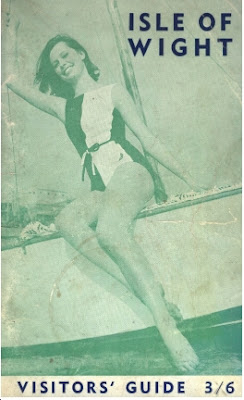 Another gem from the fbb coal measures is this guide book to the Island. It is undated and the information contained within its poor quality pages is very mixed. The hovercraft gets a mention and the only railway is from Ryde to Shanklin; so mid sixties looks a likely period.

But were there five Island weeklies by then? Of these only the County Press survives today.

Everyone (well, almost) would enjoy a round the Island coach tour and three companies have advertisements.

Shotters had their base in Shanklin ... 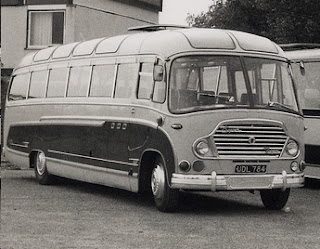 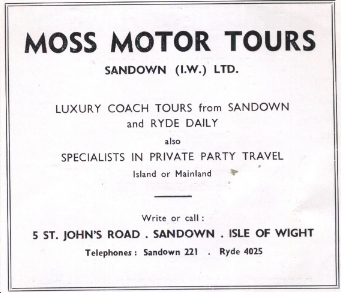 Moss Motors were kings of Sandown ... 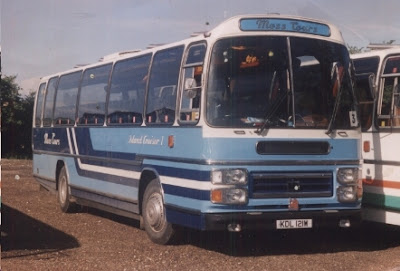 ... with a fleet that was always superbly turned out.

... graced the sea front with their brown (maroon?) and cream colours. 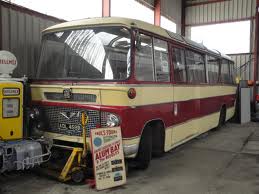 All the tour companies displayed their wares on bright sign-boards at the various terminals ... 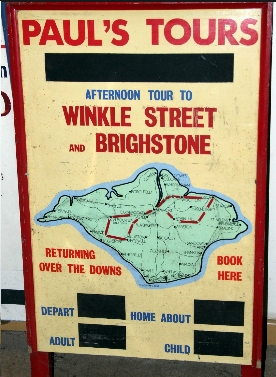 ... with samples still on display at the Isle of Wight Bus Museum.

All of this business has disappeared now, although the name "Moss" was revived by Southern Vectis for no apparent reason. The whole concept looked very strange to a dyed-in-the-wool Islander ... 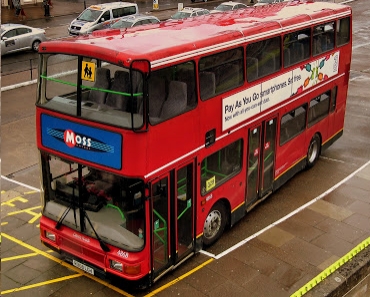 ... as applied an ex London red double decker allocated to schools work. Under a new contract with the Isle of Wight council, all schools work is now branded as "Vectis Blue" and has super smashing new vehicles for the kiddies to enjoy! 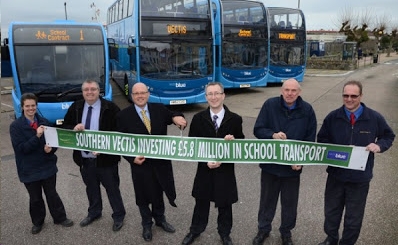 Anyway, back to our nostalgic guide book tomorrow.

Next Bus Blog : Monday 6th May
Posted by fatbusbloke at 02:00