Bordon on the Border [5]

Nearly a month ago First launched new hybid single deckers on the "7s" between Slough and Heathow. See "Hybrids to Heathow" (read again). 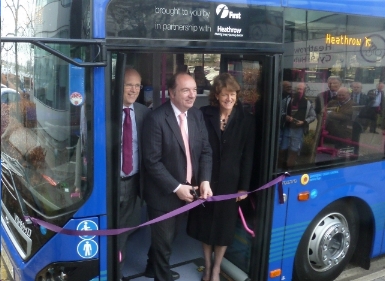 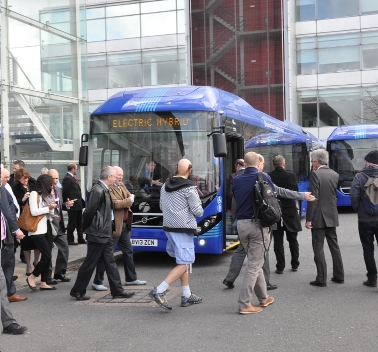 ... and lots of important people gathered to inspect the vehicles.

Then there was a surprise ... 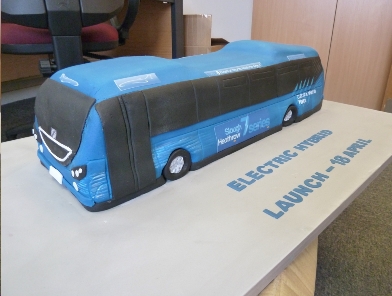 ... a somewhat lurid blue cake was revealed and ... 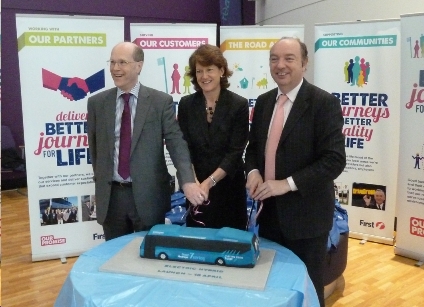 ... duly lanced by director, minister and important lady from Heathow.

Question : who ate the cake?

Question : do blog readers think, like fbb, that those banners behind the big cheeses are just a tad over the top? 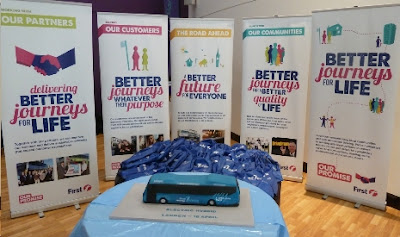 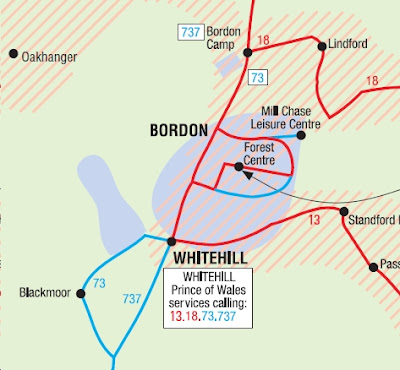 ... and an overview was provided last week (read again). But from yesterday a network of "local" buses running Mondays to Saturdays is added to the mix. 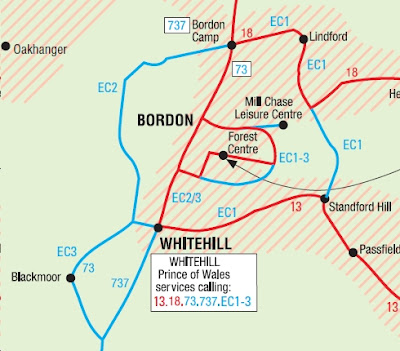 The routes are labelled EC1, EC2 and EC3 and are operated by AMK Minibuses. The aim is to link the remoter (and eventually developing) areas of the Eco-town with shops, hospital and community facilities.

EC2 runs two hourly with peak times extras from the Forest Centre via Bordon Camp crossroads (site of the Eco-station) ... 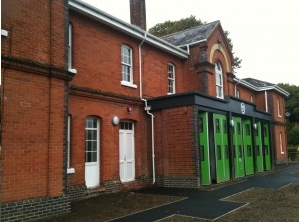 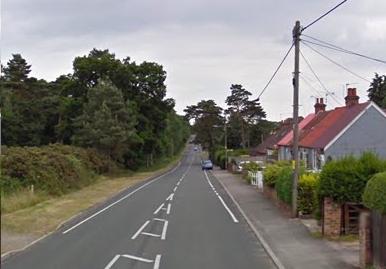 ... and back via the Hospital.

EC1 takes an easterly loop starting like EC1 as far as the Eco-station and then turning right via Lindford ... 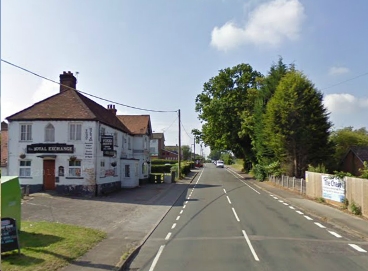 ... and on to Standford where it joins the Stagecoach service 13 and the local residents have the untold luxury of a shelter and a phone box. 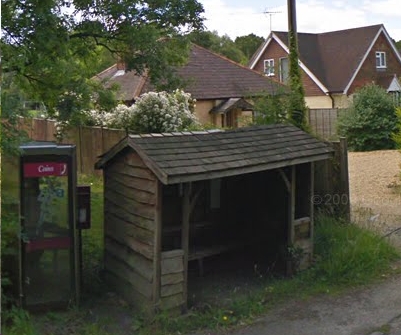 EC1 completes its loop via Whitehill and the Hospital. This loop runs every two hours.

The third service (EC3) runs to and from the nearby village of Greatham via the Hospital (but spurning the exciting Eco-station) and diverting fom the direct road to serve Blackmoor.

Here, also, there is a phone box (dilapidated) and a bus shelter (not much better), currently available for the crowds using the Wednesday only route 73.

The revised HCC timetable booklet for the Bordon area also includes a more detailed map alongside the three timetables. It is this feature that demands some further investigation ... 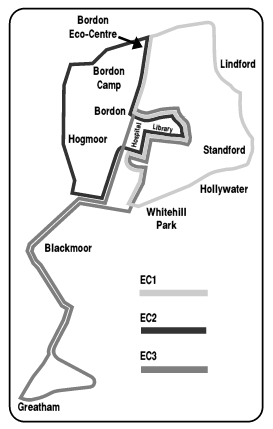 ... and provides the occasional mystery when compared with, say, the Traveline equivalent. 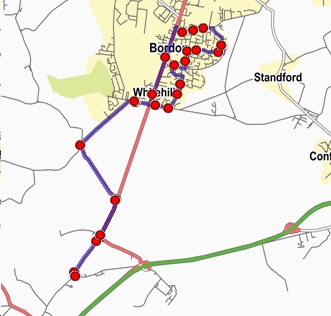