Did the Butler walk this way?

A simple station with a varied history ... 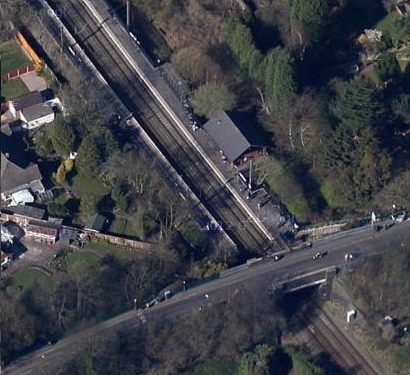 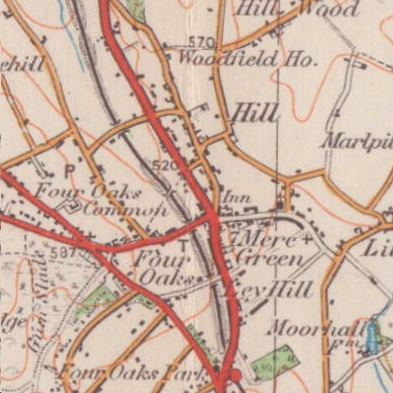 ... Four Oaks Common, maybe to some grand but long-disappeared mansion? Or maybe Mr Butler built the road. Be that as is may ... 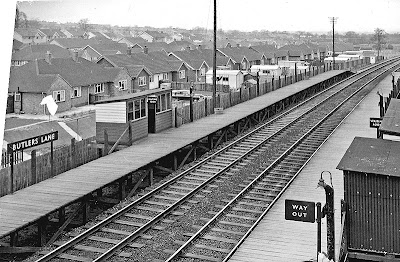 Butlers Lane station was built in 1957, to coincide with the introduction of new diesel multiple units on the line from Birmingham to Lichfield.  For its first few years the station was an unstaffed halt and a request stop. However in the late 1960s it became a staffed station, and a regular stop.

It became one of the stations served by the new Cross-City Line from 1978. It underwent major refurbishment in 1992, shortly after the line was electrified. 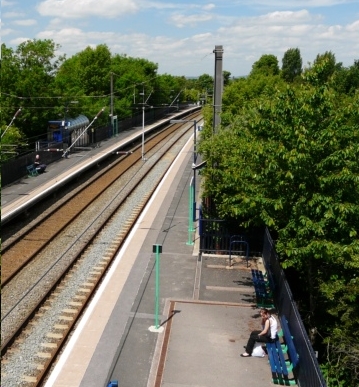 A better site for a station might have been on Belwell Lane at Mere Green, close to a developing shopping centre as well as (possibly) attracting the residents of the northern extension of "Four Oaks" (centre left on the map above) away from their Rolls Royces. 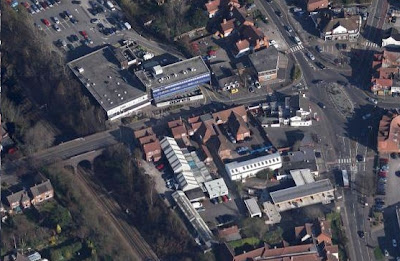 The land at Four Oaks Park itself (bottom left on the above map) was sold to Hubert de Burgh-Canning, 2nd Marquess of Clanricarde ... 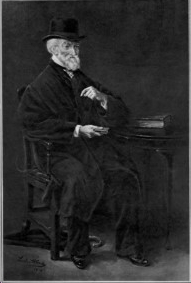 ... for residential development in 1868. Roads were named to commemorate the history of the estate, and between 1895 and 1915 approximately 200 houses were built. The neglected and dilapidated Four Oaks Hall, situated on Luttrell Road,  was demolished in 1898, and the site is now occupied by Carhampton House.

Four Oaks Estate is a solely residential area approximately enclosed by Lichfield Road, Four Oaks Road, Sutton Park and Sutton Park Line railway line. The most expensive residential area in the West Midlands, the Park's private roads are home to some of the region's wealthiest residents. Four Oaks Park is characterised by its large houses and tree-lined, speed-humped roads. The houses on the Estate are individually designed by prominent architects such as Charles Bateman, and most sell at over £1 million.

Perhaps the well-heeled residents thought that the Four Oaks station (opened in 1888) was enough for those unfortunate to have to slum it on  a train? Or maybe the line's location in  deep cutting on Belwell Lane meant that a new facility would be too expensive, whilst a simple station, constructed of timber like a 1957 equivalent of an IKEA product, would offer a cheap and cheerful station on Butlers Lane. 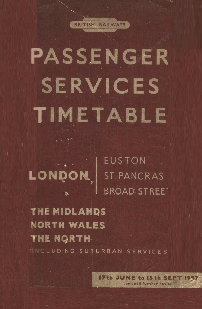 The halt did not exist when fbb's rather tatty 1957 London Midand timetable book was printed. Table 69 showed stops at Four Oaks and Blake Street but Butler's Lane had not yet started to Butle. 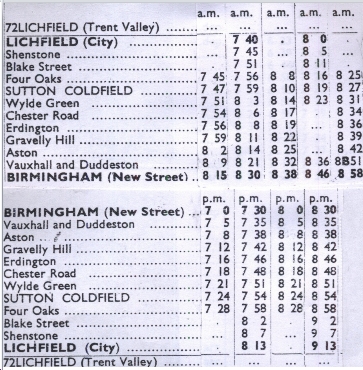 This paste-up of chunks of the timetable shows trains every 30 minutes to Four Oaks, extended every hour to Lichfield City. Very occasionally journeys continued to Lichfield Trent Valley Station where connections were available with what we call the West Coast Main Line.

So that's something of the history of Butlers Lane station. But why does this little commuter halt to the north of Sutton Coldfield interest the fat bus bloke?

Answer : he went there on a day return trip on Wednesday last. 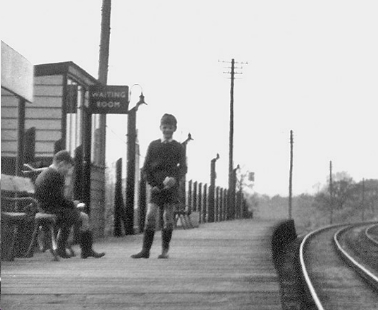 And things have changed quite a bit since these lads enjoyed  a little trainspotting back in the late 50s or very early 60s.

In theory, one week from today, fbb and Mrs fbb should be resident in their new downsized cupboard in Seaton Devon. At current rates of progress, clearing and packing will be complete early in 2015!

Next Rail Blog : Saturday 25th May
Posted by fatbusbloke at 02:00