A conversation recorded on June 10th 2013 - possible because of the invention of time travel (GoogleTime?) for the use of blog writers. 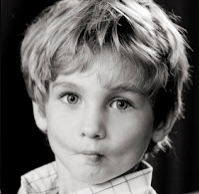 Well, Torquil, "real time" means that the bus companies tell you, on a computer screen at the stops, when the next bus is coming. 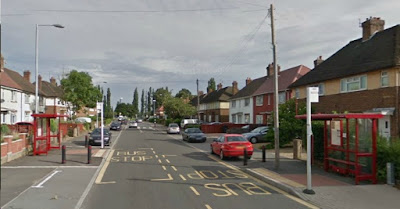 Ooh, look, grandpa - a picture of the stops outside your house. You are clever.

Well there are little boxes screwed to the roof of the shelter; and they tell you when the next bus will come.

Can we go and see them working grandpa?

Why have they put in super new things that don't work? 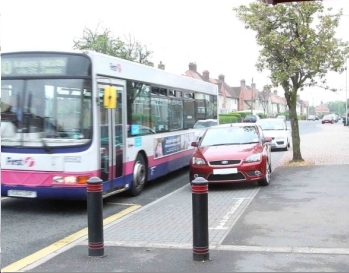 Well Torquil, they did work and showed times for buses like this one; but First Bus isn't running buses along here any more.

That's very sad. How will you get to town?

Another company runs buses past the house and they will still be running. 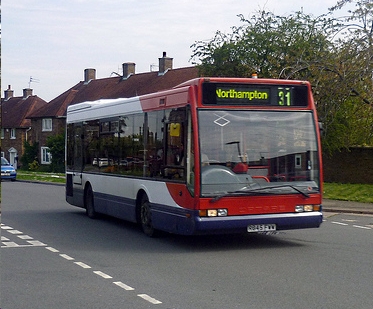 So there will be Meridian bus times on the screens then?

Because the boss of Meridian doesn't want to pay for it. He says people know when his buses are coming.

And do you know when they are coming?

Yes; they come every 15 minutes.

So why do they put up real time screens, if people like you know when the bus is coming?

Because they think people use them; anyway it's time for tea.

Hi-tech bus time displays in a Northampton road are redundant two years after being installed after two services were withdrawn. First Bus will end the 29 and 30 services which travelled down Gladstone Road in Spencer on June 8.

It means the ‘real-time’ electronic information displays installed in the bus stops in 2011 now have no use. A spokesman for Northamptonshire County Council said: 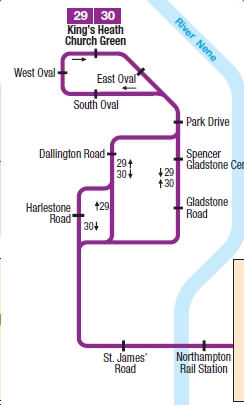 “Even though First’s numbers 29 and 30 services are being withdrawn, the number 31 service operated by Meridian will provide a service every 15 minutes along this route.”

But he added: “Meridian services are currently not part of the real-time system, which means the signs will temporarily be redundant." 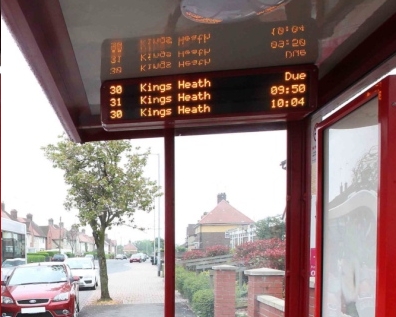 Are you sure, spokesman? There's a 31 shown on the sign pictured above? Or have Meridian stopped using the system because you have started charging them as a council "economy"? If so, it will be easy to get them back, won't it?

Or is the "spokesman" talking complete tosh?

Is the whole article complete tosh?

We may never know!

And that sign looks remarkably like it shows timetable times (i.e. theoretical) and not real real time at all. Real real time is usually shown as "... minutes".

"However, bus routes and services adjust to reflect changing needs and the signs are there ready to be used.”

Pleasantly pointless pompous political platitude number 456. And, talking of politics, what does the local councillor have to say about this? 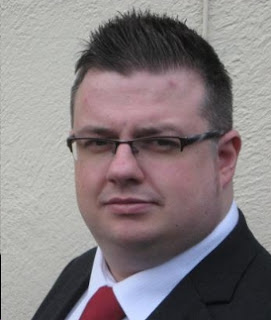 Councillor Gareth Eales (Labour, Dallington) said the most important issue about the loss of services remained the potential impact on vulnerable residents. He said: “The new Stagecoach service will no longer travel down Gladstone Road and will go through Dallington en-route only."

Stagecoach's replacement route 12 will exactly follow First's present route but out and back via Dallington Road, omitting Gladstone Road (southern end) completely. Quite what Councillor Eales thinks it will be doing is anybody's guess. 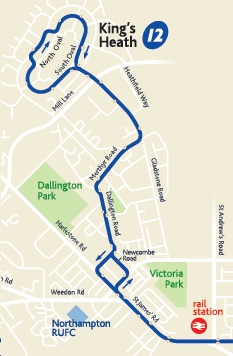 "With respect to Meridian’s vehicles, they aren’t adequate for senior citizens or disabled people."

fbb protests vehemently. fbb is a pensioner (aged 68) and is not yet totally decrepit. (Getting that way!) Merdian's buses are more than adequate for loadsa senior citizens. Have you read their web site, Councillor Eales? 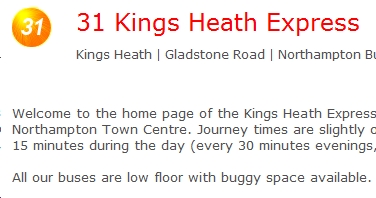 Can you read the last sentence above? Have you ever been on a Meridian bus?

Have you ever been on a bus? 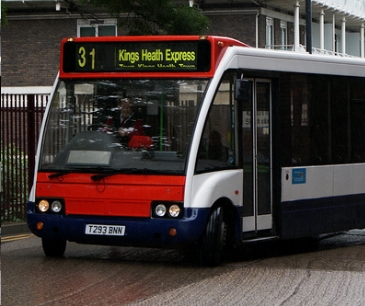 unsuitable according to Councillor Eales?

"There are many elderly and disabled people who live in and around the Gladstone Road area and to deny them an accessible bus service is wholly unacceptable. We entrust these private companies to provide transport services to the people of the county and we have a moral obligation to ensure such services put bus users first and not profit.”

Councillor; that is drivel! Meridian Bus is in business to make a profit and for no other reason. If you insist on anything special that the company cannot or need not supply, your legal (not moral) obligation is to pay for it. That is the inevitable consequence of 27 years of privatisation and deregulation of the bus industry.

And there are real time screens on the Dallington Road section of the route, aren't there? 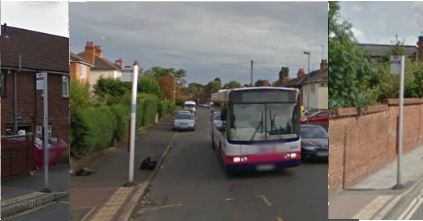