A horse, a horse. My kingdom for a horse! 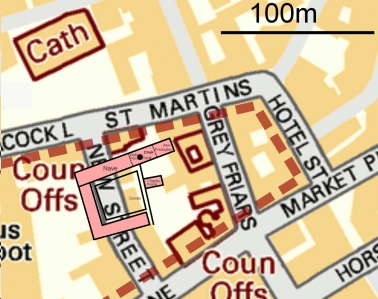 King Richard III has been much in the news recently as the oft-disgraced monarch has spent much of his death in a car park at Leicester. (Small black dot above) At the same time, his cry of desperation, according to Will Shakespeare, is somewhat ironic in view of the current foodie crisis! Undaunted by fears of imminent death  from minced nag, fbb chose to enjoy a "burger" on his recent foray north for an "overnight" at Leicester, prior to enjoying the Sheffield Motor Bus Centenary.

So to sustain him on his enforced safari through the corridors of Kings Cross St Pancras underground station ... 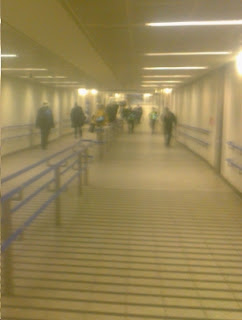 ... (into which labyrinth many innocent travellers have disappeared, never to be seen again) fbb visited the Fine Burger Company. 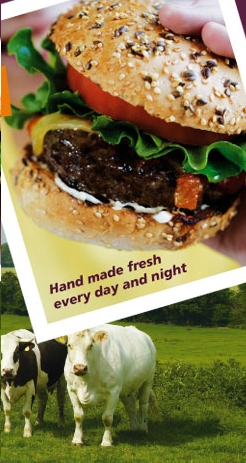 £9 for burger and chips was a bit more than Macdonalds but fbb's lunch was much more substantial and might well be called a meal. The chips were by far the most delicious chips every eaten by himself. Fine it very much was.

Most of us have forgotten that a "burger" was originally a "Hamburger Steak" and nothing to do with ham!

The hamburger (steak); a ground beef patty between two slices of bread, was first created in America in 1900 by Louis Lassen, owner of Louis' Lunch in New Haven, Connecticut. There have been many rival claimants and some still  cite the origin of the hamburger in Hamburg, Germany with its invention by Otto Kuase. However, it gained national recognition at the 1904 St. Louis World's Fair when the New York Tribune namelessly attributed the hamburger as, "the innovation of a food vendor." It is (and always was, a good way of making the tougher bits of the cow (or horse!) more edible.

But back to the train journey! And what a delight! 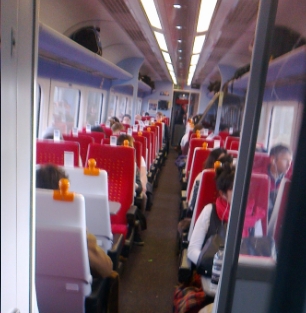 Far less claustrophobic than those Voyagers, Pendolinos and Meridians, because you could easily see over the seat backs. And really quiet; conversation was easy and you could hear all the announcements without the accompaniment of underfloor engine roar. 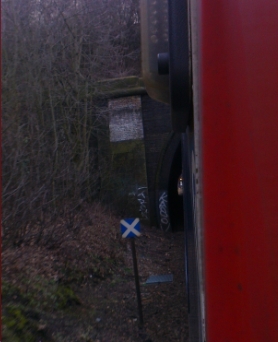 And, bliss of bliss, you could lower the window in the vestibule door and get some real fresh unconditioned air. Naughtily, despite dire warnings, you could peer out and see where you were going ... 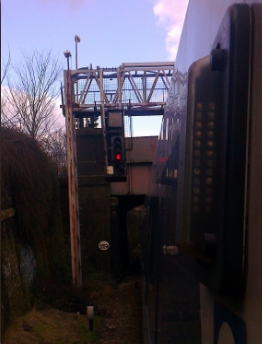 ... utterly fascinating on the approach to Leicester station. The train seemed well maintained; indeed there was a notice on one of the doors telling you just that (?). 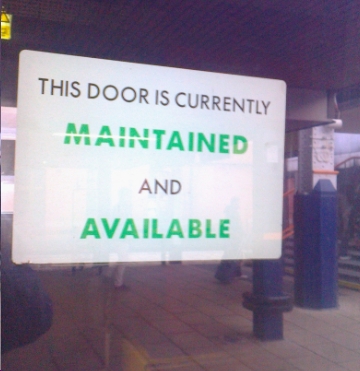 Hopefully so was the rest of the train!

And, talking of maintenance, there appeared to be some sort of locomotive at each end with all the gubbins easily accessible, not skulking away under the floor. That must make life easier for the men in white overalls. 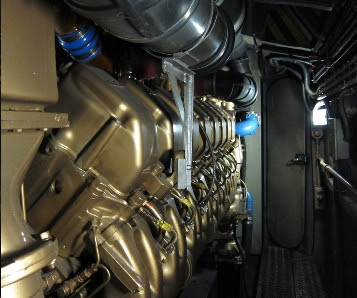 Was fbb on some trial run of a prototype of the diesel version of the much maligned Inter-City Expess Train project? Would passengers be enjoying this massive improvement in ambience throughout the network? 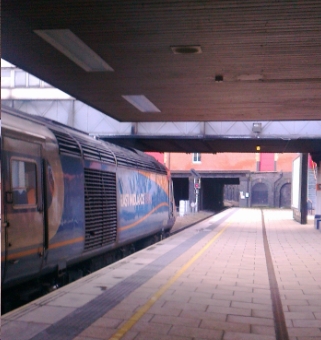 Because fbb was travelling on an old (over 30 years old, in fact) High Speed Train, developed in the 1970s. 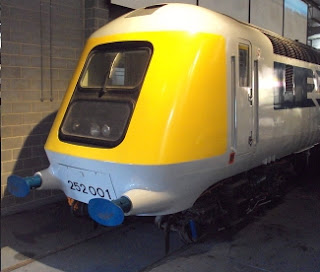 You just forget how stonkingly good the HST was and still is. Why not build a lot more?

Your author does not like the draconian restrictions of pre-booked cheapo "Advance" tickets, but when carefully managed, they do save cash. fbb's ticket to Leicester was on a Nottingham bound train and these are usually HSTs. But travelling from the Island, the bit of the journey on SouthWest Trains has no time or seat-booking restriction, so fbb could leave earlier (even during morning peak), travel cheaply (£13.50 single with OAP railcard, Portsmouth to Leicester including the cross-London Undergound) and still have time for a relaxing lunch at St Pancras.

But there remains one tricky part of the journey. His overnight stop was c/o long-time chum David who lives at Groby, an ancient village (now suburban dormitory) some 5 miles north-west of King Richard III's extended resting place. And the bus leaves from St Margarets Bus Station.

With pre-planned slack in his schedule, the brave, bespectacled and balding one decided to play the innocent and attempt to cross Leicester by bus.