How to celebrate 100 years? 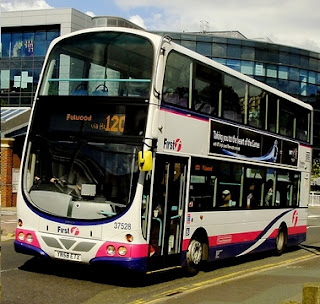 ... and paint it in the same style as this, the very first motor bus to run in Sheffield 100 years ago tomorrow. 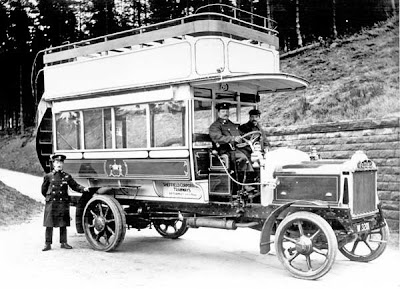 But this monochrome picture was featured in an earlier blog. See "Why bother with Wyming Brook" (read again). So how do you get the colours right? Answer, go to Crich Tramway museum who have records and samples used in their own conservation. 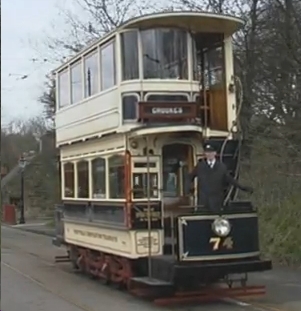 fbb is pleased to record the thanks of all concerned for the efforts and support of the people at the museum; well worth a visit; see their web site (here).


Next strip down the bus and apply cream and blue undercoat; no quick-fix half measures here. And no vinyl wrap either! 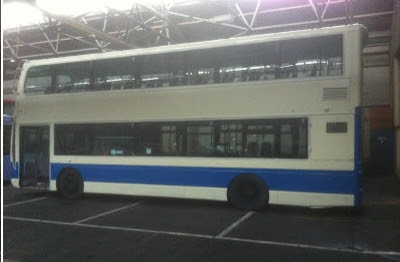 Then add the correct top coat ... 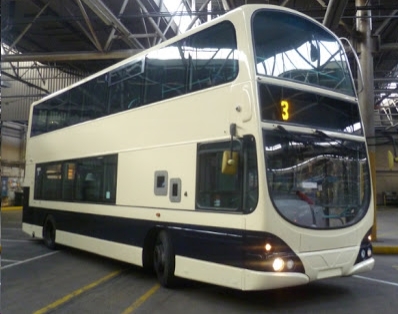 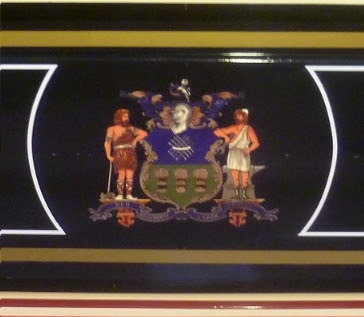 ... with all the intricate corners and twiddly bits. 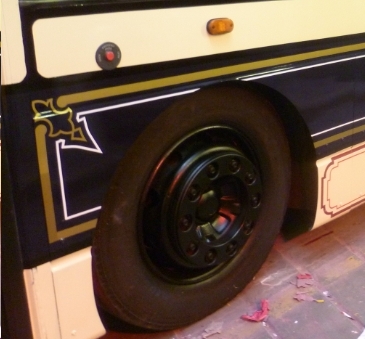 Even the 1913 emergency door opening button and the orange direction indicators have been faithfully reproduced! (?).

Recreating the 1963 livery has been simple by comparison; but not that simple. What looks like three blue stripes ... 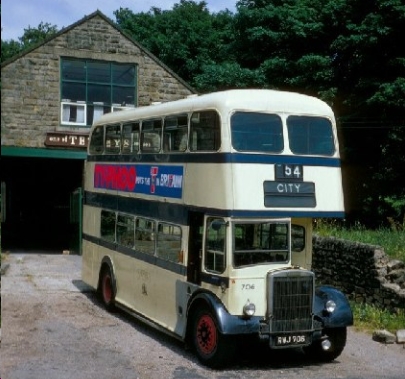 ... hides more subtlety. Each blue stripe is edged in black and below the lowest of the three is a fine red line. This detail has been reproduced on bus 37229 ... 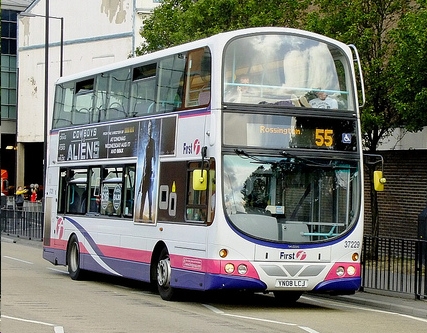 ... which from Friday will masquerade as Sheffield Transport Department 229 ... 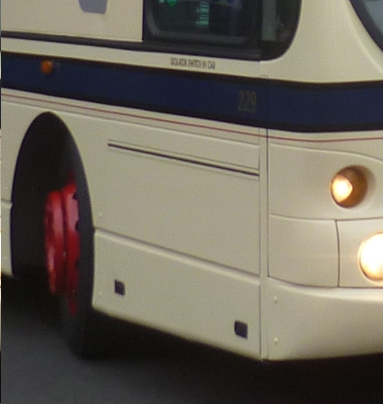 ... complete in every detail.

The modern deep-windowed bus is not the best fit for the traditional livery, but Rotherham depot's painter, Darren, deserves a large bag of toffees for his enthusiasm and effort. Words are inadequate to describe the skill and commitment of all concerned with this project.

A thumbnail of the two completed vehicles pictured together outside the depot is provided below ... 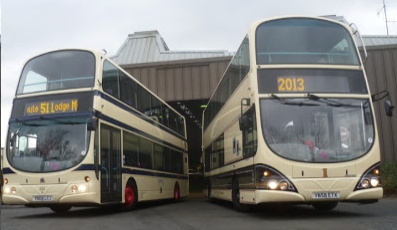 ... and a full sized version can be downloaded (here); but beware, 'tis a very BIG file.

These vehicles will be transporting honoured and eminent guests (and fbb!) fom City to Lodge Moor tomorrow. Exciting isn't the word. Mrs fbb has been applying ice packs externally and tranquilisers internally as the chubby one's thrill thermometer is near bursting point.

After the "big day" the buses will be deployed on regular service on route 51 until the big "Running Day" in May and then may move elsewhere within the City. And they look SO much better than Stagecoach's half hearted and incorrect offering on their celebatory tram of a couple of years ago. 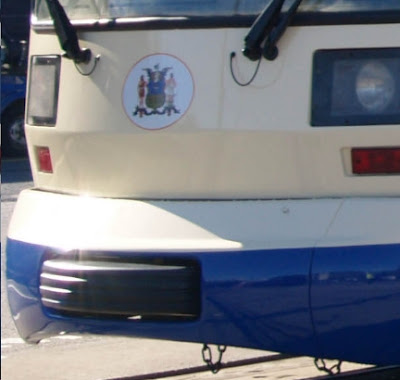 Wrong blue, only one stripe not two (for single decks), no black lines and crest in a white blob!

Tomorrow fbb will be aiming to publish a live real-time blog with contributions at significant points in the day's programme. The success of this depends on dongle technology and fbb's ability to apply the necessary dexterity "on the go". But he'll "have a go".

First Bus have published details of the schedules for these vehicles when they enter normal service from Saturday 16th February. These individual vehicle timetables can be viewed (here). Travel South Yorkshire's leaflet for service 51 (current at 15th February 2013) can be downloaded (here).