The Perils of Privatisation : The Traumas of Tendering : continued 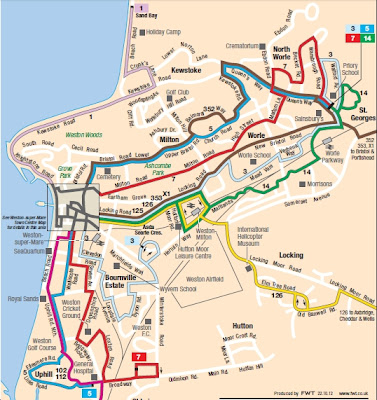 Yesterday we saw how First Bus was the dominant operator in Weston-Super-Mud-Mare. Discovering who else runs what is a little daunting. For example, Traveline tells us that Bakers Dolphin runs service 5 and service 14 journeys ... 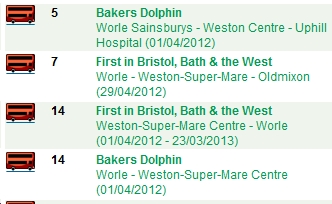 Crosville offers two PDF files of timetable pages on their site; one, because of the pictures of tourist-type routes, might well be a summer-only production and thus out of date. 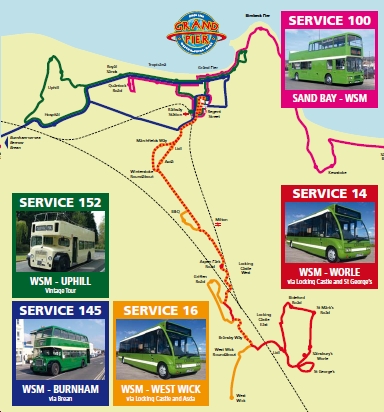 The other shows five services on a map ... 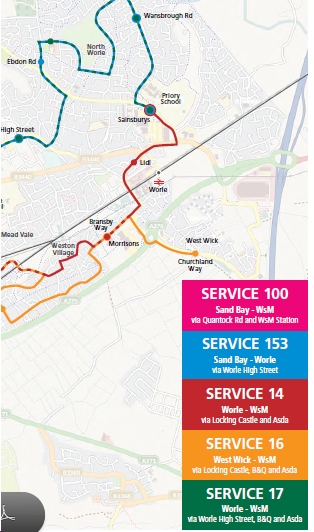 ... but has no mention of a service 153 on the timetables overleaf. A quick check by email brings a prompt but disappointing reply. Crosville have cancelled all their quoted services except the 100, which is commercial ... 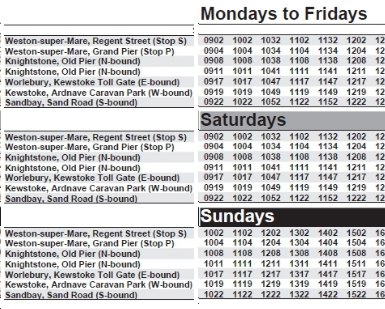 ... and competes in the Summer with First's original open top route. 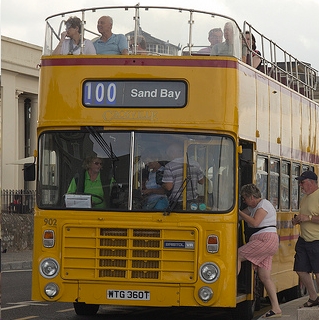 For a while, Crosville operated this open topper which came originally from Cardiff ... 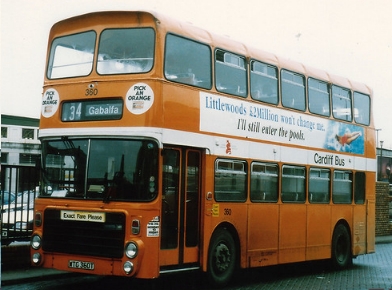 ... but more recently has been with the Bath Bus Company aka RATP. 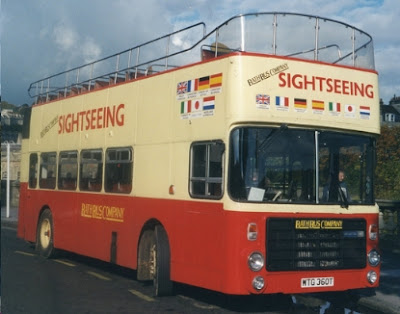 They also run the 16; which is tendered and runs from new devlopment at West Wick ... 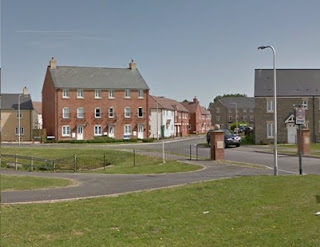 ... a typical start-up route that might well be unprofitable until all the housing is finished.

So is it Crosville's 16 that has caused some consternation? The quality of stuff on their web site does not suggest that management has a keenness for reliability in information provision. fbb wonders why operators spend much find gold on swirly trendy web sites and then don't bother to update them. Rather than contracting out, managers or their minions could learn very simple HTML code and update their site themselves. That saves cash for sub-contractors and means it can be done in "real times" and, above all, cheaply. Web sites don't have to be swirly and trendy, but they should provide simple, easy to understand  and up-to-date information. Like telling us what buses the company actually runs!

Or is the problem a Webberbus wobble in Weston?

Probably - but the "Omnibuses" blog has already revealed all with its posting today! 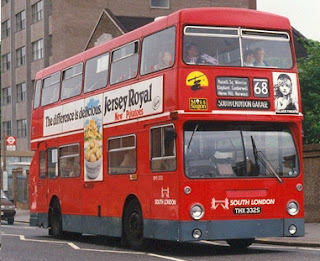