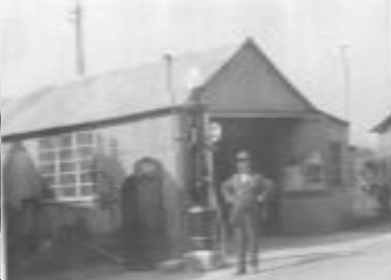 On their web site, the company tells us of its ancient heritage in the motor garage business, but the present operation dates only from 1999. Mind you, that's quite long-lasting for a post deregulation start-up bus business!


Over 50 years ago F.Webber & Son expanded their haulage business into passenger transport, taking children from all over Exmoor to school with a simple network of contracted services. Today the family still offer similar services, which are now operated by WebberBus which was formed in 1999 when a second depot was opened in Bridgwater ... 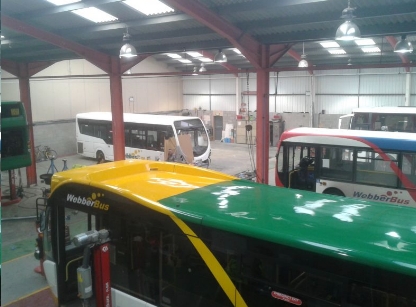 Their portfolio is a mixture of competitive commercial services and a substantial batch of tendered routes. Their website lists oprations in Bridgwater, Taunton, Minehead and Weston-super-Mare. Their vehciles are of high quality and presented extremely well. fbb met them a couple of years ago in Taunton and they looked so much better than those of the incumbent, First. 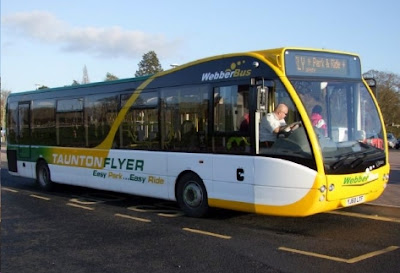 Their web site lists four services in the Weston-super-Mare area ... 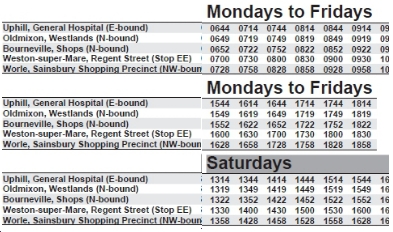 ... which, according to a nice Webberbus lady who replied to an fbb email, was cancelled four months ago. Well done traveline. 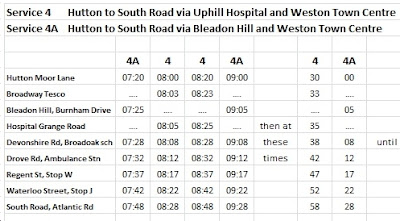 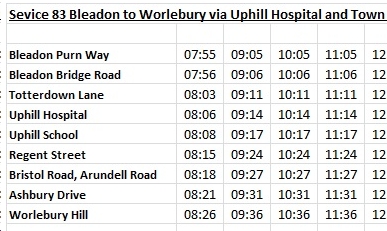 It looks like a four-bus operation, presumably staffed and run from the new Bridgwater depot which is a significant 22 miles from Weston.

On the surface, the company looks efficient, neat and tidy; a tight ship. They even have an 0800 number (freecall) for enquiries which is just how is should be. BUT ...

... the Council is not at all happy! This from the local paper:-

North Somerset Council says it is axing a bus company from operating in the Weston area following ‘persistent complaints of poor service’. The council says it is looking for another company to operate the 4, 83 and 85 services because of what it describes as an absence of supervision that Webberbus has over its drivers. The authority’s deputy leader Elfan Ap Rees says the company has been given notice of the termination of its contract with effect from July. 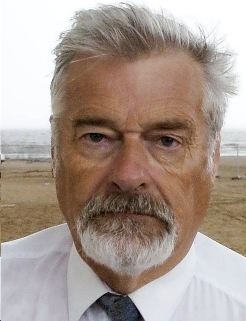 wouldn't like to meet HIM down a dark alley!

Cllr Ap Rees told the Mercury on Friday: “I can confirm that we have given notice on the those three services. This follows persistent complaints of poor service. They include buses not running to schedule and in some cases not even turning up at all. The main cause appears to be a total absence of supervision in Weston in the afternoons, allowing drivers to do as they please. Officers have had a number of meetings with the company in an effort to improve the management and reliability, but without success. I therefore had no choice but to ask officers to terminate the contract with effect from the end of July. This was done last week and we will now re-tender these routes to begin new services when the Webberbus contract expires."

Councillor Ap Rees sounds Welsh, and not from Zummerset; but the problem with Webberbus seems serious. Is it possible that the Company has over-reached itself (cf Premiere?) and really is failing on the supervision front? Are the schedules simply too tight to allow a reliable service? And is that the Council's fault? From the outside and at a distance, it seems odd that such a good-looking company should arouse the ire of North Somerset Council so spectacularly. 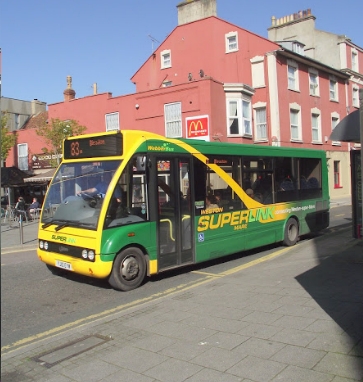 Will other councils wiggle out of their bureaucratic worm-holes and find the same in their areas?

Will Fearnley's First win back the dregs of their erstwhile network come June? 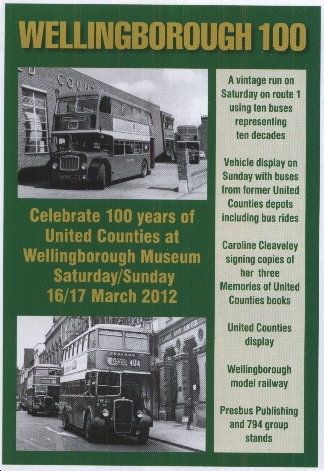 Our Northampton correspondent is poised to report and snap away with his Box Brownie. Incidentally, two of the bus routes on the advert above (402 and 404) provided a service to teenage (f)bb from home on Orchard Hill, Little Billing to the delights of Derngate Bus Station, Northampton.