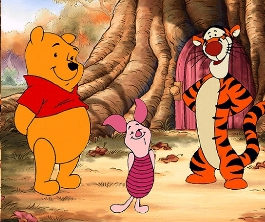 Tigger hasn't had any breakfast yet; so Pooh had taken him to Piglet's house for some haycorns.

Piglet pushed the bowl of haycorns towards Tigger, and said: "Help yourself," and then he got close up to Pooh and felt much braver, and said, "So you're Tigger? Well, well!" in a careless sort of voice. But Tigger said nothing because his mouth was full of haycorns...

After a long munching noise he said:  "Ee-ers o i a-ors."

And when Pooh and Piglet said "What?", he said "Skoos ee," and went outside for a moment. There were gurgling sounds.

When he came back he said firmly:  "Tiggers don't like haycorns."
Younger readers will remember.  In today's story we join Piglet on holiday at St Lawrence Road in Tinsley, Sheffield.  Always happy for an adventure, Piglet intends to visit Acorn Drive at Stannington to replenish essential snack stocks.  His hosts have told him to catch a service 69 to Sheffield and then ask again.
But Piglet has become computer literate in recent years and aims to plan his trip on-line. Pooh would be proud of him because Pooh, sadly,  is a bear of very little brain!
Piglet goes to Google on his laptop and searches for "Sheffield Bus Timetables" ...

... but this gives a list of 210 timetables, in no recognisable order and all containing, so we are told, the word "bus". Great: a complete waste of time! What about a search for a specific timetable, namely the 69? This box appears on the swirly and confusing home page of Travel South Yorkshire [TSY]. 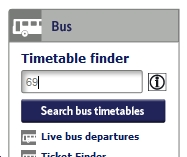 Alas, all this delivers is ... 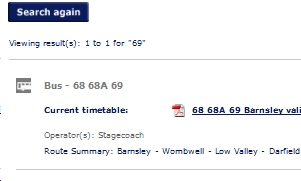 ... a bus from Barnsley, so not much good.  Undaunted but frustrated, Piglet has no choice but to go to his nearest stop, shown here subdued by shadow, and wait. 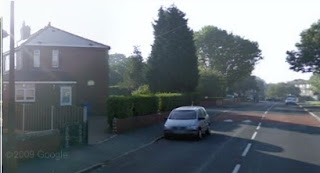 Eventually, along comes a non-existent 69. Neither fbb nor piglet has any idea as to why service 69 times must remain forever secret at Travel South Yorkshire Towers.  Perhaps the lads at HQ have never travelled on the 69?
Before leaving, however, Piglet has used SYT's journey planner to find his way to Acorn Drive ...

... which involves a change at Stannington Road to something called "SL2".

Now, apart from the undisputed fact that Snig Hill is NOWHERE near Kelham Island,  (the map shows where the island was, once, long ago) ... 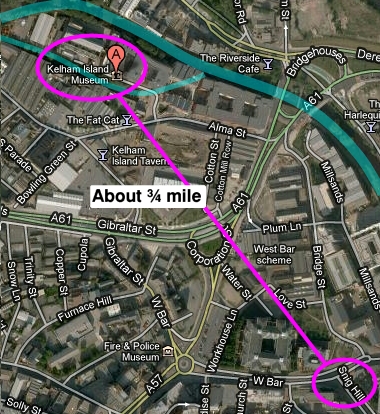 ... and, not surprisingly for SYT, Stannington Road has NOTHING to do with Little Matlock**, the journey looks reasonable.  At least it looks OK until Piglet gets off Supertram Link 2 (Now you all knew what SL2 was, didn't you?  Erm, actually, no!) here on Acorn Drive 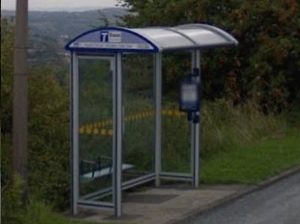 He is immediately overtaken by a speeding service 11!  Why did Piglet have to change buses if there are through journeys? And it's not just the occasional glitch; every journey to Acorn Drive, according to the self-effacing Travel South Yorkshire,

requires a change, despite a more than satisfactory through service.

11s run from the centre of Sheffield to Acorn Drive every 30 minutes Monday to Friday and every 20 minutes on Saturday.  Here's a timetable extract:- 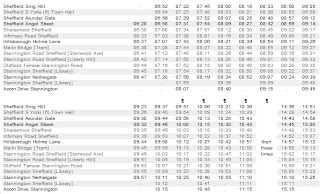 click to see in a readable size.
fbb will allow a day or two for the interested reader to work the answer out for himself.  For the unsuccessful sleuth, a solution will be published in a few days.

Meanwhile, a  perturbed piglet finds not a single Haycorn on Acorn Drive.  All together now, "Aaaaah!" 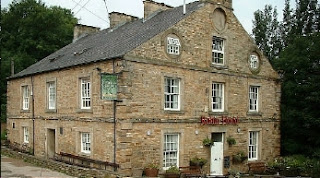 ... on Greaves Lane on the banks of the Loxley river in about 1800.  He also planted trees etc. with the intention of developing a tourist resort to rival Matlock Bath in nearby Derbyshire. Hence his chosen name for the area. The pub is a good place for a meal and a drink but his development stopped there.  It is about three quarters of a mile from Stannington Road.  There are roads nearer echoing the Little Matlock name, but to use it as a definition of Stannington Road is nonsense!  The Robin Hood IS Little Matlock; there ain't nuttin'else!