It is not well documented (indeed it may even be a state secret!) that, in the early days of Traveline, a committee of bus operators was convened to advise the CPT

and its Director on the best way to deliver the service.  This group consisted of some quite high ranking movers and shakers from major bus companies. fbb also attended!
The committee stressed, repeatedly, the fact that bus transport was essentially a local service and that delivery of information needed to be local even if it were derived from a regional or even national database. One wise suggestion was that large regional call centres were NOT a good idea and output needed to be channelled through local offices where local information would be available and could be updated manually if necessary.

One outlandish suggestion was that a single national phone number [like, say, 1365247 = 1 number, 365 days a year, 24 hours, 7 days a week] should be linked to every phone dialling code in the country.  A caller wanting information for journeys to or from Sheffield, for example, would dial 01742 (old codes, then!) 1356247 and would get someone in Sheffield.  What a good idea.
The committee fizzled out (was "politically" sidelined?) as preparations for Traveline progressed and minutes showed that these ideas "were not pursued".  fbb reckons that this was via the dead hand of the Men from the Ministry who had already decided that Big was Beautiful, 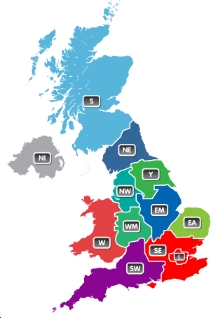 So what did we get?  Huge, remote regional call centres and one national number coupled with a poorly explained way of dialling other regions.  Information about Southend answered in Plymouth! Anything slightly complex immediately bamboozles Traveline operators who are, understandably, unaware when they give answers that are unrealistic, or just plain wrong.
----------------------------------------------------
Rant over! Let's get practical


Following up the blog on the sale of First King's Lynn operation to Norfolk Green, "Fearnley's First Flogging", (read again), fbb decided to have a quick look at the new network on Traveline East Anglia.
He should have known better!
The journey planner [interrogated on Tuesday 14th June] gave some strange answers; sometimes a new service appeared to be in place ... 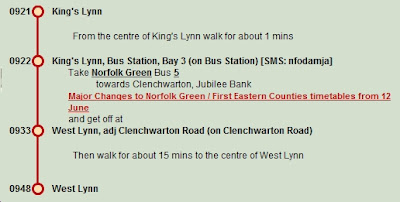 ... as here with Norfolk Green's replacement service 5 to Clenchwarton via West Lynn. Elsewhere whole blocks of service seemed to be missing, e.g. First's service 40 and 41 to Hunstanton gone, with no obvious sign of their Norfolk Green replacement routes 10 and 11.  The timetables section reveals all with this note ...

The information on this timetable is expected to be valid until at least 6th July 2011. Where we know of variations, before or after this date, then we show these at the top of each affected column in the table.

So,  not worth bothering after 6th July?  fbb was looking 8 days later, on 14th!

The column heading note "1" defines the whole table as "until 10th July", so that's why those journeys don't appear. But there's no service 10 / 11 in the timetable list.  It does not (yet!) exist, several days after the new scheme started.  Betty might have difficulty catching a bus to her country cottage.  Philip might have to get the tandem out! 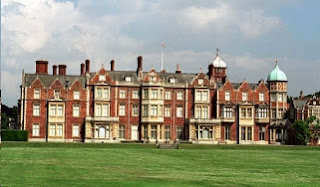 A click on the red message (see above) reveals this:-
Major Changes to Norfolk Green / First Eastern Counties timetables from 12 June
Following the transfer of a number of Kings Lynn services from First Eastern Counties to Norfolk Green, a major revision of the Norfolk Green timetables will take place starting Sunday 12 June. This includes revisions to both routes and timetables. Unfortunately, technical reasons have prevented the loading of this timetable data until now. We are working to fix the problem as soon as possible, but in the meantime please re-confirm your journey at www.norfolkgreen.co.uk

Now, the new routes and times were on Norfolk Green's web site at least 7 weeks before the change.

This means that the lads (and ladesses) of Traveline have had nearly eight weeks to get it right. fbb is assured that it would take just one working day to type this information manually into a well-designed database, such as that in the failed xephos system.

But, and here's the point, surely;  if the Traveline service were delivered locally, in this case with a Norfolk Green controlled office in Kings Lynn, the information would be there, to hand and accurate.  It might not always get promptly changed into the right bites, but times would be available on old fashioned sheets of crushed wood pulp. And, of course in this case, failed Traveline had to refer back to the local company anyway!

Just think it through; "re-confirming your journey" with Norfolk Green's web site is meaningless advice if you are using a journey planner; 'cos you don't yet know what your journey is. The only journey planner that Nofolk Green has is, of course, Traveline; which is busted! What you need, what every enquirer really needs, is a knowledgeable local human being. ONLY Norfolk Green can supply that.

Big is NOT Beautiful; Big can so often be a Bungling Blunder : Beware!


Next blog : due Thursday June 16th
Please note, due to:-
Staff Shortages
Technical Reasons
The Exigencies of the Situation
Health and Safety Legislation
E.E.C. Laws (Blogging in Transit  2011)
Thursday's blog will appear at about 1500
Posted by fatbusbloke at 05:23