Mothering Sunday is an ancient Church Festival, absolutely nothing to do with mothers.  It was when church congregations or represententives went to visit their Mother Church, usually the Cathedral. It also became associated with Mary, Mother of Jesus. Later, the day was a holiday for servants who went with their mother to their former church.  It might well have been their only holiday of the year.
Thus Mothering Sunday became associated with Motherhood and the Victorian publicists saw a commercial opprtunity and lo, Mothering Sunday begat Mothers Day. 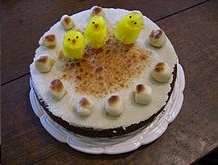 Easter's Simnel Cake moved to the fourth Sunday of Lent to complete the unhappy marriage of spiritual and commercial motivation.
So it was that in the early 1900s in Good Ole U S of A (where else?) Mothers Day begat Father's Day; but with no churchy overtones whatsoever! Purely a money making scam.
No connection with Public Transport?  Probably not; until an envelope, addressed to Fat Bus Bloke, arrived by snail mail.
Inside was, well, judge for yourself ... 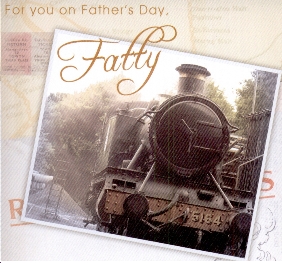 ... a delightfully affectionate (or dreadfully insulting?), beautifully presented card from funkypigeon.com.  It says "Fatty", by the way, not "Faffy".  5164 is a GWR "Large Prairie" tank locomotive owned by the Severn Valley Railway. 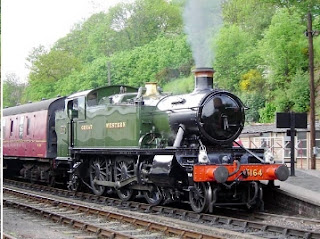 The lower half of the card gave a clue as to the sender ... 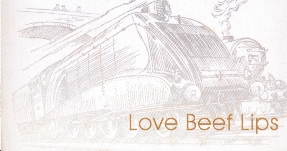 ... none other than No 2 son!  But it was the heartfelt message inside the card that brought a lump to fbb's throat and a tear to his jaded eye.  The message read, simply:-

Strangely, one of the nicest cards fbb has ever received, but don't tell HIM, he would be horrified at the thought!
For no obvious reason, it seems appropriate to include a couple of puzzle pictures from fbb's set of slowly sinking slides.
Where was this, now defunct, bus station? The departure bays are under the pillared building to the right.

And why was this bus service given route number 91? 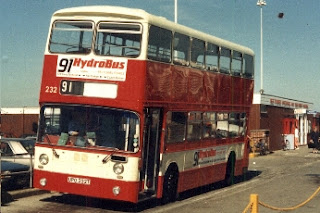 P.S. A subsequent email from No. 2 son slightly devalued the emotional effect.  He wrote, "It was a free offer from funkypigeon and the girlfriend made me do it."  Kids, eh?