Not so Handy Anderston 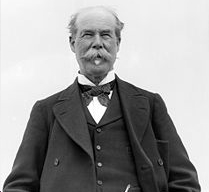 Thomas Lipton (1848 to 1931), owner of a nationwide chain of grocery shops and celebrated tea importer, was born in Anderston; as was Billy Connolly and Michael Martin, former Speaker of the House of Commons. By Victorian times the former village to the west of Glasgow had grown into a significant suburb of the City. 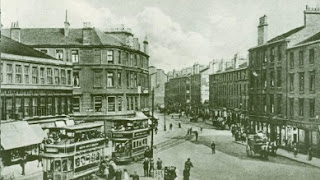 This is a late 1800s picture of Anderston Cross showing trams on Argyle Street proceeding eastwards towards the City Centre.  A near equivalent view today looks a bit different ... 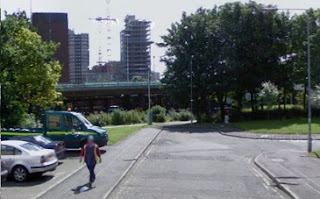 ... but we are, nevertheless, looking roughly where those trams were standing. In the 60s it was decided that two things needed to happen in Glasgow. Firstly, drastic action needed to be taken to deal with a horrendous slum problem and, secondly, a new motorway network was needed. So ... 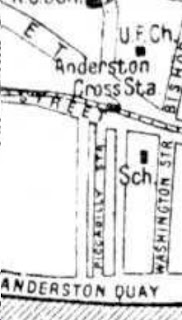 ... the M8 approaches to Kingston Bridge were literally bulldozed through Anderston Cross, obliterating the former major road junction and razing most of Anderston to the ground. 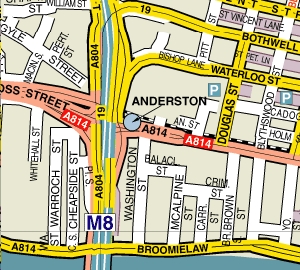 This picture, looking south east and taken from UNDER the motorway, shows a former bonded whisky store and a closed school still standing on Washington Street. 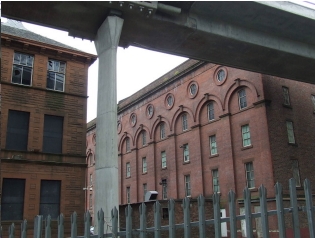 Part of the new Anderston development included a trendy concrete shopping centre and a bus station, situated on Argyle Street at its junctions with Blythswood Street and Douglas Street. 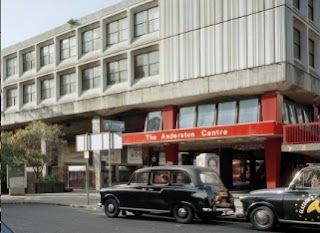 This complex was opened in 1971 but was never a success. Shops moved out, prostitution moved in and in 2003 the buses transferred en masse to the Buchanan bus station. It was at Anderston in the early 70s that fbb photographed a line of Western Scottish double deckers awaiting their next call to duty.

The main buildings are still there but, of course, now bereft of both buses and shops ... 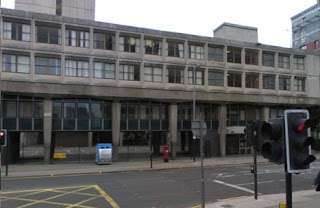 Much of the area is now being re-re-developed, with new businesses and modern hotels, but the Anderston Centre "block" still stands as a telling reminder of past planning mistakes. 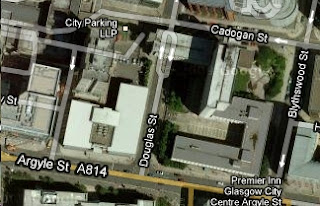 Meanwhile, somewhere in the middle of the spaghetti of viaducts and proliferation of traffic lights can be found the profoundly uninviting and potentially frightening modern version of Anderston Station. 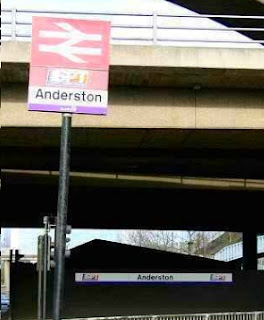 The original tunnelled line via Glasgow Central Low Level had opened in 1886 and closed in 1964. It re-opened in 1979 as part of a major improvement to Glasgow's suburban electrified railway network. 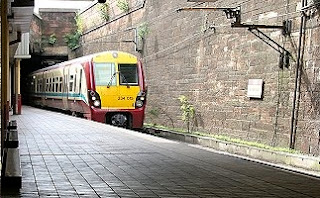 Perhaps, in hindsight, it was a mistake to destroy so much heritage for a bit of motorway that has become inadequate and is now being "relieved" by an extension of the M74 via Rutherglen's denuded industrial areas.

A more enlightened vision might have found a way of refurbishing and upgrading, rather and total slash and burn. A cleaned and modernised version of the original Anderston Cross station (shown here) would have been much more attractive than the sub-motorway unwelcoming blockhouse as seen above. 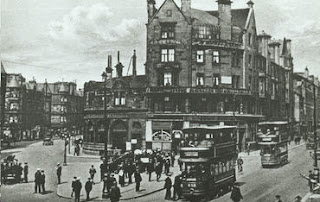 But, then, the superbly preserved old Underground Station and HQ building (and excellent enquiry office!) in St Enoch Square is now a coffee shop. Hmmm ...

Next blog : due Wednesday June 29th
Posted by fatbusbloke at 06:31