Reminscence and Reality.
Northampton to Colwyn Bay and East Barnet?

fbb was three-and-a-half years old and on holiday here ... 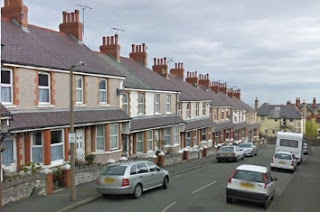 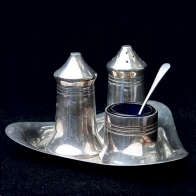 the latter to accompany an evening meal using food provided by the guests from their ration coupons.)  Most days involved a perambulation in push-chair via the Dingle ... 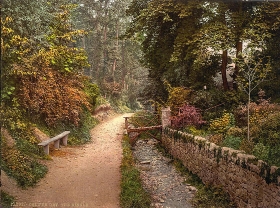 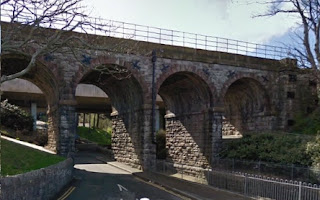 ... to the beach. [The A55 bridge beyond the railway viaduct was not there then, of course!] But one dull and dreary evening, fbb's dad took the little mite for a ride on a tram, just like this one, from Colwyn Bay to Llandudno and back:- 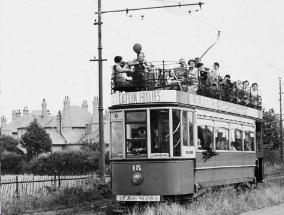 This is fbb's first ever public transport memory. Excitement was heightened when the tram had a "dewiring". The trolley pole came off the overhead!  It was repositioned when the conductor shinned up the pole and, in jeopardy from his gymnastic gyrations close to the high voltage wire, was able to wiggle the pole back in place.

------------------------------------------
The late Claude Lane trained as an electrical and mechanical engineer with Blackstone Oil Engineering Company, of Stamford in Lincolnshire and later set up his own business in small premises in Lancaster Road, New Barnet, North London in 1931. As the company expanded, bigger premises became a number one priority. This led to a move to Brookhill Road, Barnet, 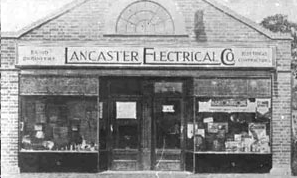 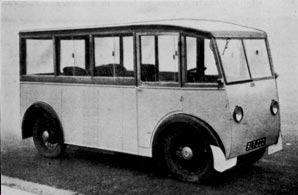 Post WW2, to supplement his income, Claude worked as a tram driver in Blackpool ... 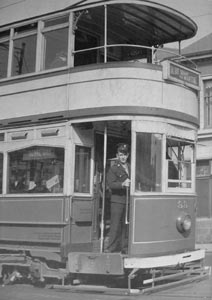 ... and it was returning to Barnet from his summer job in 1948 (intriguingly, the same year that tiny fbb was on his open top tram ride) that Claude had an idea. He diverted via Colwyn Bay and, there, a local tram provided inspiration for an exciting new business project.  Why not build a miniature tram and use it to give rides to children at fetes and summer fairs?  So he did! This poster is for its first appearance in Barnet:- 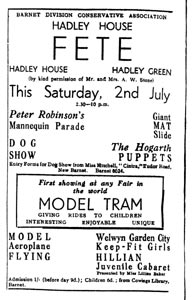 And here is the vehicle on its trailer en route to a fete via London Bridge and dwarfed by its full sized cousin. 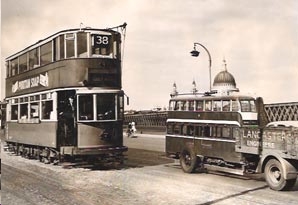 Claude's passion for trams would continue a chain of events which would be inexorably interwoven with fbb's growing public transport interests, as we will see!
P.S. Claude's original miniature tram has been restored and is seen here in private ownership back in England, having travelled via Scotland and America. 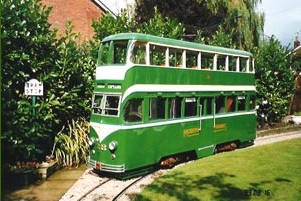 Embarrassing tailpiece!  Actually this was little ffb's second public transport memory. On the train TO Colwyn Bay, fbb required a PNB, a "Personal Needs Break", and bravely, all alone, visited the W.C. at the end of the railway carriage. He obediently raised the seat, as instructed, to "perform".  The train rattled over a junction and the toilet seat crashed down. A tearful fbb returned to his family and announced in piping voice, to the sniggering delight of the other passengers, and the toe-curling embarrassment of his mother, 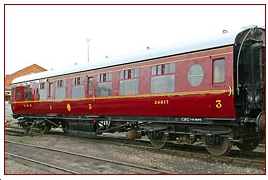 "Mummy, mummy, the seat fell on my Father Christmas!"
Too much information?
What Freudian anguish was thus buried deep in fbb's ego? Maybe we shall never know. Certainly enough trauma for the memory to be vivid even 63 years later.
[**] The address of the "digs" was researched many, many years later on a visit to Colwyn Bay with Mrs fbb. fbb is a bit hazy, but reasonably certain. The other memories are, however, very clear.

Next blog : due Saturday June 25th
Posted by fatbusbloke at 03:02