"Meanwhile, the BBC reported yesterday that the simplest of all fares systems, the London Oyster, was managing to confuse passengers by over charging them £60 million per annum. This is not just as a result of failure to touch in or out. Technological problems apparently abound."
So wrote the secretive "Busing" in his "Omnibuses" blog yesterday, Wednesday 22nd June. "Simplest"? Is that some kinda joke, buddy?
This is an oyster ... 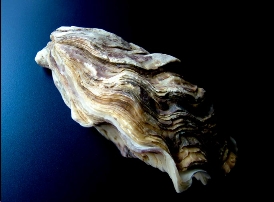 It's quite hard to get into.
The inner workings are a bit squidgy and slimy.
Taken with a pinch of salt it's OK if you like that sort of thing.
Many consumers think it's really great.
If you delve deeply there might be a pearl inside.
This is an Oyster Card ... 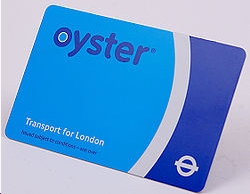 It's quite hard to get into.
The inner workings are a bit squidgy and slimy.
Taken with a pinch of salt it's OK if you like that sort of thing.
Many consumers think it's really great.
If you delve deeply there might be a pearl inside.
Oyster is supposedly simple to use but the underlying "system" is incredibly complicated and almost designed to make over-charging easy.
There are 122 different single fare categories for Oyster Card travel on the Underground network alone. Repeat 122! This includes fares for journeys which may also include "bits" of National Rail and/or Overground. You can find the full list here.
Then there are an additional 76 single fare categories for journeys wholly on National Rail routes. The particular web page that lists these also repeats some of the 122. If you are desperate to be confused, this list is here.

To make everything  crystal clear, there is a helpful map here. (warning, big file)
Then, of course, there are Travelcards, season, student and child fares plus a myriad of other complications. And, as for transferring to or from the Croydon tram at Wimbledon, that needs two whole paragraphs of befuddling explanation ... 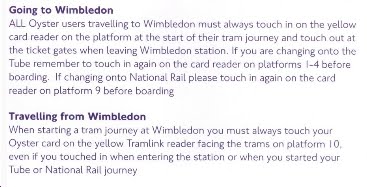 ... as does Elmers End, but not, mysteriously, Beckenham Junction. In all three cases Tramlink impinges on National Rail. Presumably this is because, at Beckenham Junction, the tram stands outside the station, whereas at Wimbledon and Elmers End, the stop is, effectively, one of the station platforms.
Then, of course, there are the mysterious PINK card readers, as opposed to normal yellow ones. 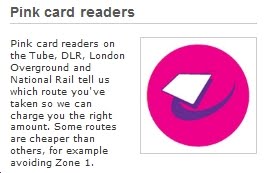 You are required to "touch in"** again at 13 specially selected stations, e.g. West Brompton ... 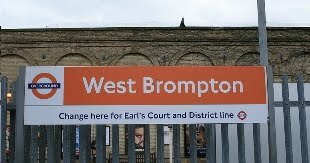 ... "to indicate which route you have taken; to ensure you pay the correct fare". It is hard to see how a pole with a pink button on it can tell which train you have alighted from and which you are about to board. Perhaps there is a man with a periscope in a subterranean pit making copious notes?

And there's a time limit on any single Oyster journey. So if you were to stop on a platform to have a coffee with a long lost chum as a moment of relief from a lengthy cross-London trek, you could be substantially penalised. But this little quirk is very well hidden in the "SuperOyster" propaganda machine.

Now fbb, being a bright lad (?), knows that a "pay as you go" Oyster Card is "capped" at the price of a one day Travelcard. However much you travel you should never pay more than that maximum. But which Travelcard price? There are oodles of them as well.

No 3 son is a London commuter. fbb has asked him about this vexatious subject. He comments,

"I have no idea how much I am paying, neither does anybody else. We THINK we are paying less than cash fares every time, but life is too short to keep checking. The big advantage of Oyster is that it's quick." [but then, No 3 son does earn pots of money - fbb] 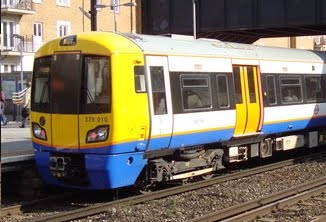 "And what happens when my local train from Bushey to Euston is diverted into mainline platforms [as opposed to the local Oyster-friendly lines - fbb] with no card readers? Am I supposed to vault over the barriers at the correct platform against the flow of hundreds of hurrying commuters, then 'touch out' as I leave again?"

Simple its isn't. Opportunities for mis-charging must be mightily multifarious. 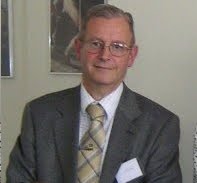 probably knows more about this matter than anyone else, (probably more than Transport for London!) He has a view and it's not particularly positive.

The pearl inside the Oyster Card should be simple fares with an easy to understand overall structure. Instead it's "O" for Oyster and "O" for Obfuscation.

At least the trains are getting better! 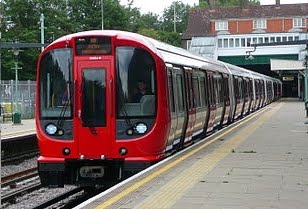 ** for country bumpkins:- you "touch in" your Oyster Card on a card reader at the ticket barrier. 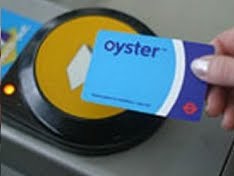 It bleeps at you; once for "OK", twice for "not today thank you"; then you must "touch out" at the end of your journey and anywhere else that Transport for London decides. If you fail to perform this electronic function correctly, you are charged the full cash fare, hung drawn and quartered and the bits deported to the Antipodes. Nasty!