The Naming of Parts

A war poem by Henry Reed, published in "The Spectator" in 1942; in which Reed contrasts the tedium of wartime training with the beauty of nature that surrounded his military camp. 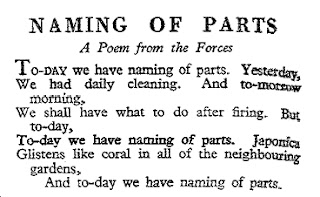 Bus operators have real difficulty in the "naming of parts", describing simply but accurately the "parts", i.e. the localities, served by their routes.   fbb has oft commented, in passing, on the inability of Travel South Yorkshire to know where their buses go.

This set of traffic lights is at Fir Vale in Sheffield.   Lots of bus routes follow the yellowish car at the red light, up Barnsley Road;or the right hand lane of silvery vehicles along Owler lane and on past Firth Park.  fbb took his first ever bus pictures here in November 1963 - alas none has survived.

But this IS, really really IS, Fir Vale.

But you won't see a service 36 anywhere here despite this extract from the local computer (for want of a better word) "system".  That's because the 36 terminates at Northern General Hospital clock tower [NGH] about half a mile away off to the left. 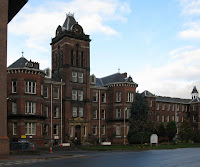 First's route map shows something of the truth; the real Fir Vale is off the bottom of this extract, where the blue and bronze lines join.  Firth Park shops are clustered round the roundabout at the top centre. 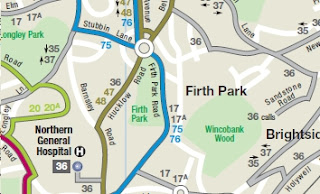 When fbb wrote about the 36's misleading route description in a past blog, a chum from that great city castigated him (ooh-err, nasty) saying that he, the chum, was born in NGH and lived opposite for the first 30 years of his life.  He assured me that NGH was indubitably located IN Fir Vale.  Of course it is.

Traveline disagrees profoundly and puts the hospital in Longley which just creeps in to the map below at the top left.  So it isn't! 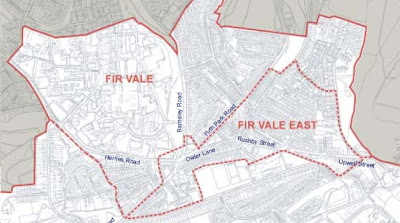 The district map confirms the hopsital as being soundly rooted in Fir Vale.  The complex now fills almost all of the left hand half of the map, west of Barnsley Road.   The main gates were (and still are, for pedestrian access to some buildings) at the Fir Vale road junction ... 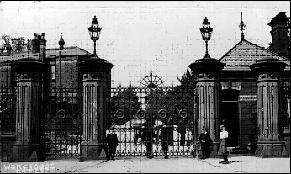 ... here when the original building was a Workhouse!
So the problem is simple.   Northern General Hospital in IN Fir Vale but it is not AT Fir Vale.  It would appear that the whizzo software used by "sh, you know who" has a pathological desire to treat district names - sometimes choosing the wrong ones -  as stop names; with unhelpful and chaotic results.
Solution : easy peasy.
Instead of getting a computer to write your route descriptions, use a "person" (can't do that, it's not "sustainable"; so says SYT) with a "pen" and a piece of "paper".  What is more, if you choose a "person" who knows where the buses run, you might even get it RIGHT!   You will probably save his wages cost by not having to print corrections.
P.S. A picture of the entrance  to the hospital today - AT Fir Vale with the walkway beyond leading the various buildings that are IN Fir Vale.  The clock tower, terminus of the 36, is about half a mile up this hill. 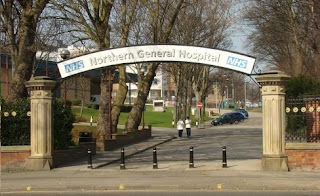 It is quite a long trek. There is also another well used pedestrian entrance to the huge hosptal complex - situated about half a mile to the left, up Herries Road.   This is served by yet another block of bus routes.

For once fbb has to congratulate Travel South Yorkshire (sound of SYT staff swooning in sequence as they read this!) on their excellent map of NGH in their Sheffield Hospitals Guide. 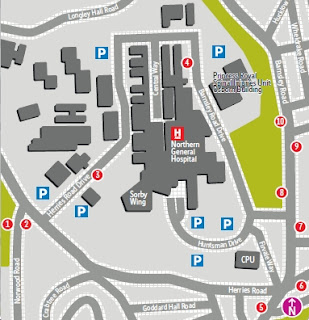 It is accurate, up-to-date and understandable with stop numbers linked to their appropriate bus service numbers.  Sadly not QUITE as good as it should be....

... Timetables are NOT included so you need to collect a whole heap of leaflets to complete the picture. Or, perhaps have an encyclopaedic knowledge of Sheffield bus routes.

For the record (again!), the Clock Tower terminus for service 36 (NOT AT Fir Vale) is stop number 4, the stops AT Fir Vale are numbers 5 and 6.   It's all very straightforward when you know - isn't it?   So clear, in fact, that recently, a Sheffield resident had cause to contact an on-line chat room and ask, "How do you get to Northern General Hospital?"

A telling comment on how well our bus services are publicised?   If the enquirer had a bus tinetable book, he/she could have found it easily.  Now, what a good idea!


Next blog : due Friday March 4th
Posted by fatbusbloke at 07:51