Buses magazine is celebrating its 70th Birthday as emblazoned on the cover of the November edition. 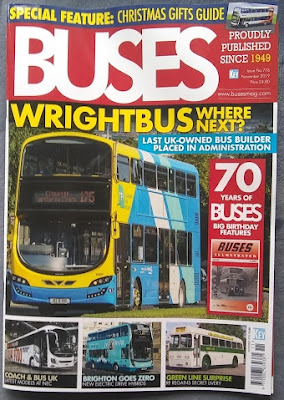 It has a wide variety of articles ranging from a review of the demise of Wrightbus plus a good selection of  pictures and comment on the recent Bus and Coach exhibition. Well worth the money even if you are not a regular buyer.

A Caledonian Coincidence
One of the highlights of the above periodical is an article by David Jenkins, occasional comment writer to this blog, comments which usually and helpfully correct fbb's ignorance and/or incompetence. 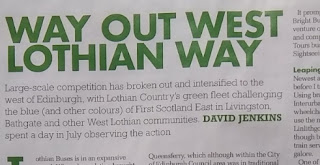 He experiences first-hand the massive competitive onslaught on First Bus' West Lothain "territory". Comparisons are not favourable, particularly as regards publicity both on-bus and, for example at Livingston, the focus of operations. 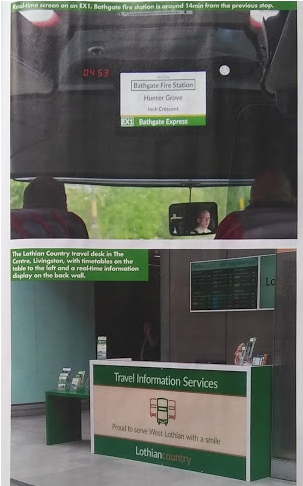 What is telling is David's conclusion. 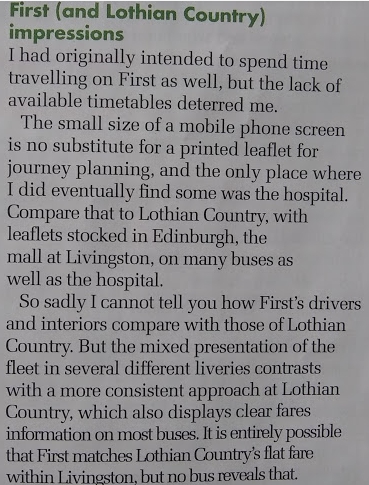 It challenges the "its all on line" brigade and makes it clear that a printed leaflet trumps a mobile phone or a laptop back home on the kitchen table every time. Well said, sir?

The bulk of the article concerns rides on the recently introduced EX1, provided with posh coaches, branded Green Arrow and operated "in partnership" with Citylink. 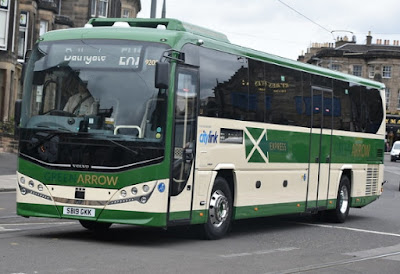 Coincidentally, and on the same day that Buses mag appeared in fbb's local newsagents, Lothian Buses was making announcements about timetable changes upcoming on 17th November. 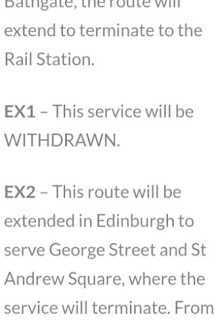 Thanks to correspondent Roger for sending fbb the link.

Whilst First Bus deserves a good kick up the exhaust pipe for poor publicity and a mixed bag of vehicles, bus watchers have, for some time, been of the opinion that Lothian has bitten off more than it can operated successfully and profitably.

As fbb's dad was wont to say when facing competition on his company's fruit and veg wholesale rounds, "there's a living for one but bankruptcy for two".

Just as true for bus services as for fruit and veg lorries.

For the record here is part of the current EX1 publicity. 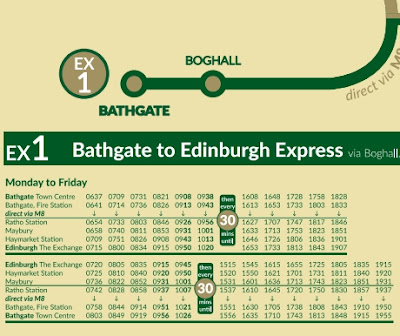 More Seats at St Pancras
The "new" London St Pancras is a stunning station, but is does have problems. There is insufficient room for the now obligatory queues for Eurostar and there are very few places to sit down anywhere except in refreshment outlets of various kinds.

The "East Midlands" circulating area is particularly annoying. After a lengthy trek from the underground, often encumbered with luggage, fbb has oft been in need of a sit down. Ideally that should be on his train north, but, so often, passengers are herded outside the barriers until only a few minutes before departure. When the vicious sheep-dogs allow the penned herds out, there is an ungainly rush for the train and a rugby scrum to get a seat.

But there is nowhere to sit down until the gates are opened! However, some more seating has appeared. 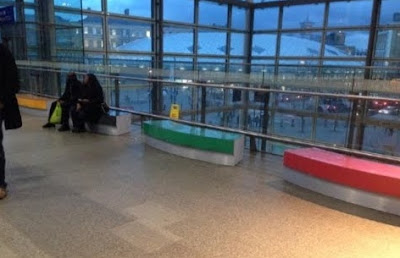 These are on the "balcony" at the entrance opposite the new bit of Kings Cross. Do you recognise them?

They are recycled from the memorable Olympic rings (which fbb had forgotten completely!) which adorned the station in 2012. 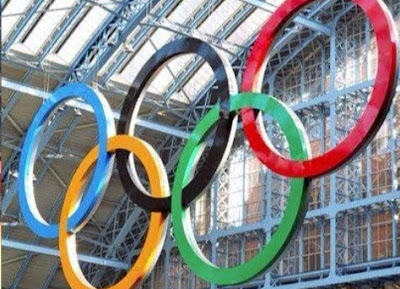 A nice touch from Network Rail!

Fire Finished off Failed Fell
This picture arrived via a Twitterer. 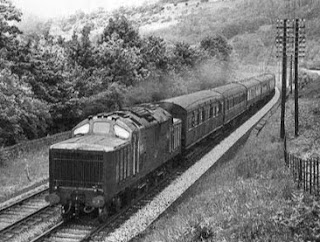 Known as the "Fell" loco, after one of its design team, it was an experiment by the London Midland and Scottish Railway, but did not appear in service until British Railways had been formed.

In Whytes steam engine notation using number of wheels, it was built as a 4-8-4.

Under the different system for diesels (using axles) it was classified as 2-D-2, with "D" signifying four coupled axles. Subsequently a chunk of con-rod was removed between axles 4 and 5. 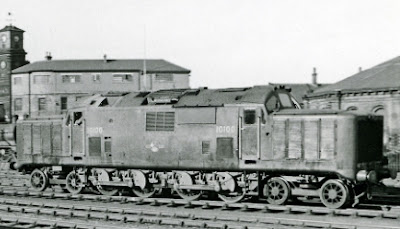 The loco was diesel mechanical with hydraulic transmission but had complex internal gubbins and was unpopular, expensive and troublesome to maintain. After a fire in its train heating boiler in 1958 it was withdrawn and finally cut up in 1960.

The Improving Railway
Again via Twitter, a joyous aerial picture of London Bridge Station (plus the Shard) by night ... 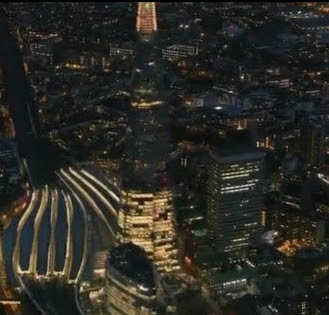 ... and a similar daytime shot taken from the opposite direction. 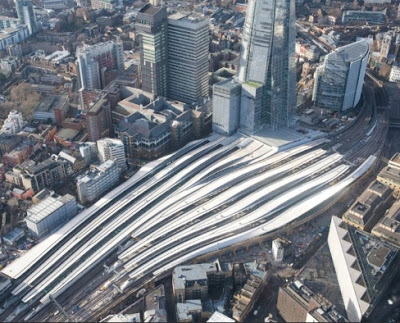 This is what it used to be! 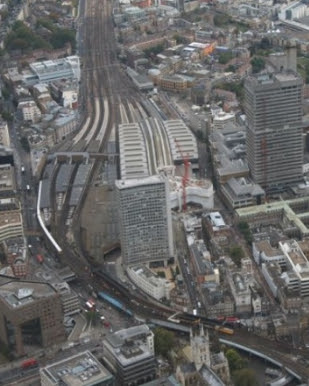 Not too bad from high up, but pretty grim from down below.

Environmental Extravagance?
Mrs fbb returned from a shopping trip yesterday morning with a new shirt from her hubby's usual shirt maker; where every little helps!

She refused to un-wrap it, leaving that frustrating task to her beloved. 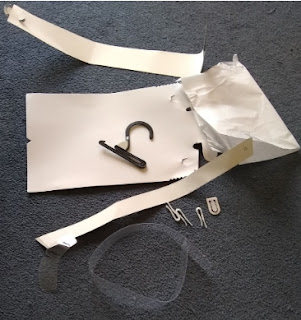 Two cardboard strips, two plastic strips, one large piece of cardboard, one sheet of tissue paper, four plastic clips (assorted) and one pseudo but useless plastic hanger. And a label and plastic string.

Many moons ago, fbb remembers that, on one of the TV "magazine" shows (Tonight with Cliff Michelmore?) a guest showed how to fold and pack a shirt using just the shirt and no extra clutter. Is the skill still "out there"?