You would have to say that the U S of A has been and still is the land of private motoring. "Gas" is cheap and even the efforts of the environmental terrorists have yet to persuade millions to use bus, train or bike. Longer distance journeys are nearly always by plane adding to the scourge of pollution. So this picture came as a surprise to fbb. 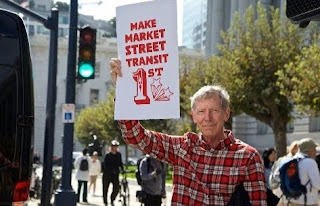 Something of the background can be gleaned from Tony Bennett's latest re-recording of one of his most popular ditties.

I left my heart in San Francisco
High on a hill, it calls to me
To be where little cable cars climb halfway to the stars
The morning fog may chill the air, I don't care

My Streetcar waits in San Francisco
Once blocked by many a motor car
When I come home to you, long Market Street
Non-Muni** stuff will face a bar

I left my heart in San Francisco
High on a hill, it calls to me
To be where little cable cars climb halfway to the stars
And busy Market Street will be car free


fbb's ignorance of things across the Pond is legendary, but he does know about San Francisco's iconic cable cars ... 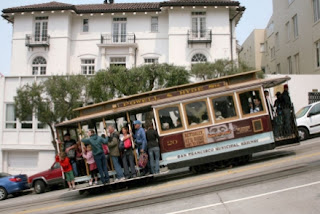 ... rope worked in conduit and climbing some terrifyingly steep hills, but mot really half way to the stars! But what he did not know was of the existence of conventional trams running along the city's main street. 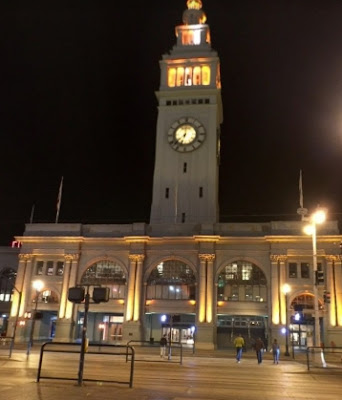 Market Street begins at the iconic Ferry Building on the Embarcadero (sort-of an esplanade where you embark). 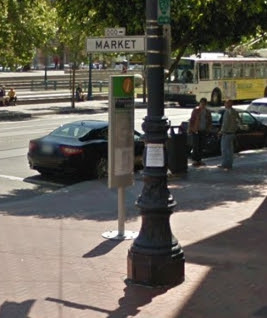 The thoroughfare is about three miles long and runs dead straight to the Castro District ... 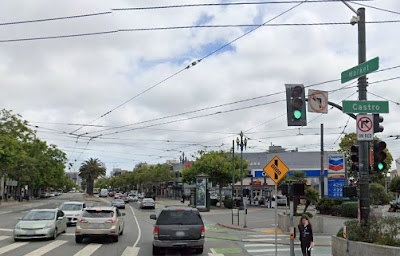 ... then takes a more curvaceous path before ceasing to exist in a fairly anonymous residential ares with views back over the city. 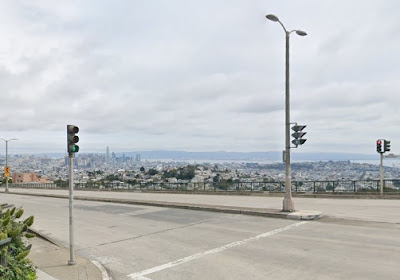 The change of road name is not very far from the famous Twin Peaks! 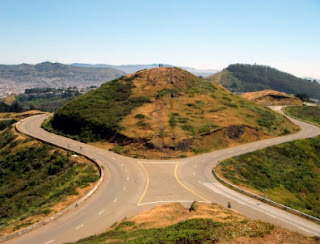 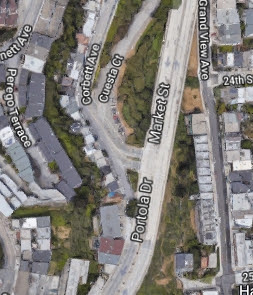 Rather disappointing end to a grand highway, is it not?

The cunning plan is to make the busiest length of this road (over a mile long) free of all vehicles except public transport! The "Transit First" area will run from the Ferry Terminal ... 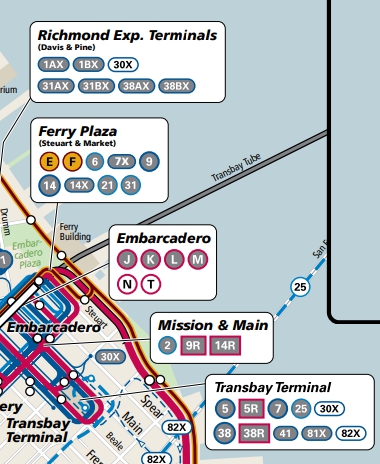 ... over a mile to the intersection at Van Ness. 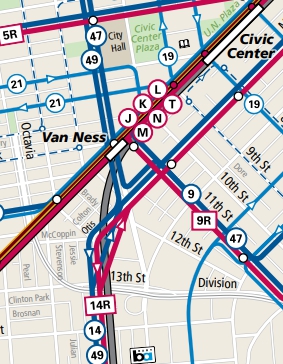 Below is Van Ness looking back towards the Ferry Building. 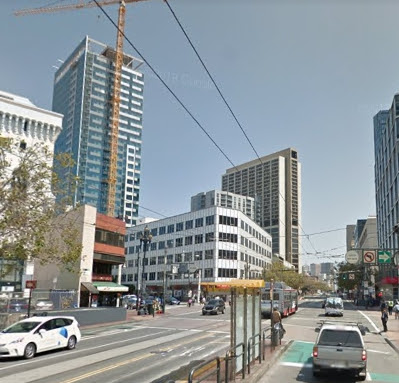 This is a whole lotta road to go bus/tram/trolleybus/taxi only. Ironically one building at Van Ness is the HQ of a certain car hire company. 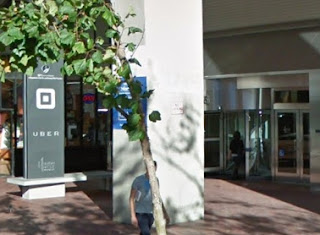 In a local press report dated October 16th we see this headline ... 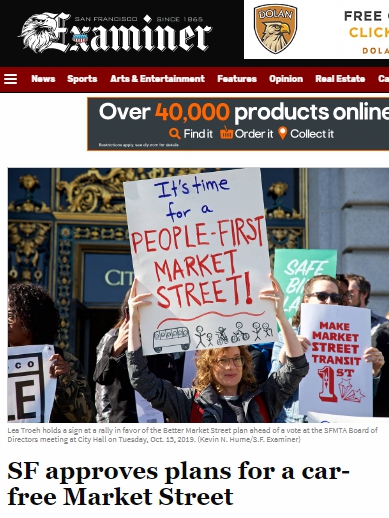 San Francisco will soon kick cars off one of its busiest thoroughfares when Market Street goes car-free in January 2020.

That’s after a vote by the San Francisco Municipal Transportation Agency Board of Directors on Tuesday, which approved the Better Market Street plan to transform the downtown street into a pedestrian boulevard and free up traffic to let buses flow more quickly.

“It is bold, it is transformative,” SFMTA board director Amanda Eaken told the public at City Hall shortly before the vote.

Malcolm Heinicke, SFMTA board chair, said he has remained on the board for eight years in order to see this project to fruition.

Tomorrow, fbb will explore Market Street and its "transit" a little further.

Meanwhile in Guildford - Arriva Blinks First
Readers may remember that fbb visited Guildford not long ago for the launch of First's new service to Heathrow Airport. 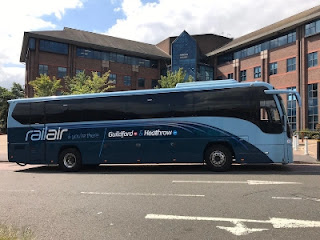 Whilst there he took a brief look at the relatively ferocious three-way competition between Arriva, Stagecoach and Safeguard. In the face of Stagecoach's gaining the contract for services to the University, Arriva re-jigged its former routes via Uni and Hospital as A B and C. 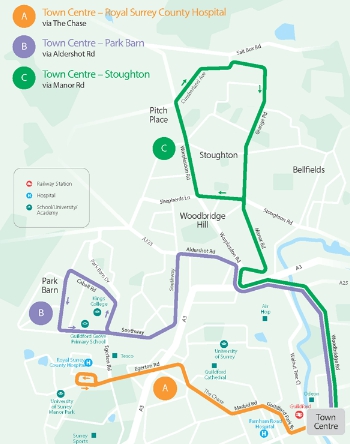 But it looks as if Arriva have had enough - or  are, maybe, starting to "have enough". These are extracts from a letter from the boss to the employees at Guildford depot.

You will be aware that over the last 18 months we have looked at ways to grow and compete in the market place with Guildford. This has included some very difficult decisions along the way.

This has led to competitive pressure on these routes and service 3. (This was Arriva's "own" but Safeguard started running as a response to Arriva kicking Safguard elsewhere).

It is for these reasons that a decision has been made to de-register routes B and 3 from December 2019.

No new yet of alterations by the others now that competition is reduced. Bus watchers are of the opinion that Arriva's days are numbered in the Guildford area - but Arriva is for sale anyway; so there's plenty still to happen!