fbb will try an alternative access to WiFi via his mobile phone and "tethering" if the Premier Inn non-Premier free service is clunky again. Yesterday's blog was barely complete so here is a treat for all those of our readers who "collect" trolleybus wiring.

Actually many moons ago, fbb did meet Paul Cresswell, co-author of an iconic book on trolleybi ... 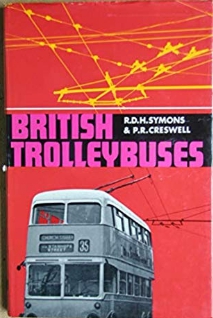 ... who did actually collect trolleybus overhead for real. He was living with his parents and both their garages were filled to the roof with the stuff! Anyway here is a superb bit of knitting from San Francisco. 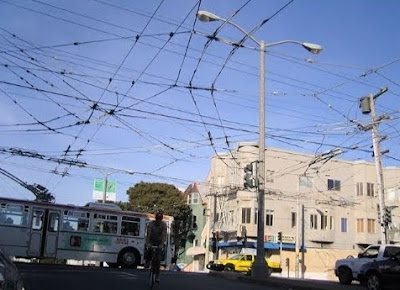 On Market Street, trolleybuses share the wiring with trams (streetcars) but not just any trams. This is "heritage" line F. 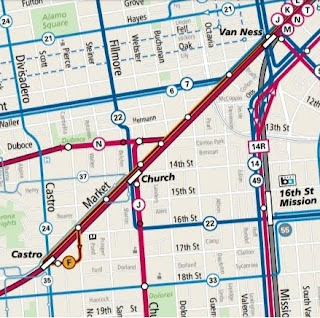 This line runs the full length of the very straight bit of Market Street from Castro to Embarcadero, then follows the quayside round to a terminus near Fishermans Wharf. 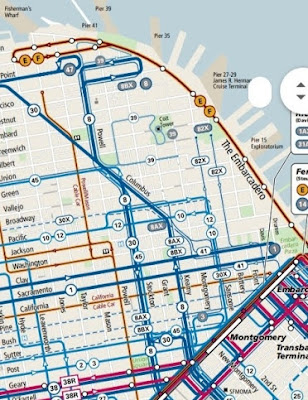 Anchorage Square shopping mall is the terminus on a long one way loop where this car is turning ... 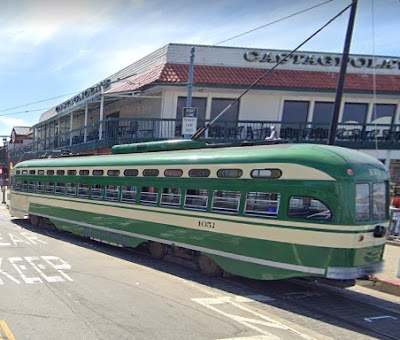 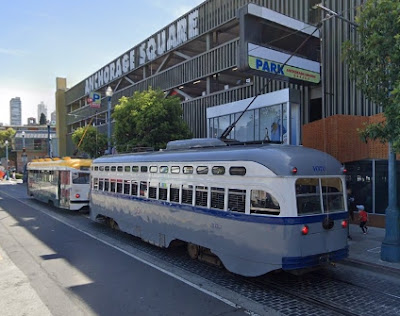 Once route F reaches the Ferry Building it is joined by trolleybuses under the same wires. 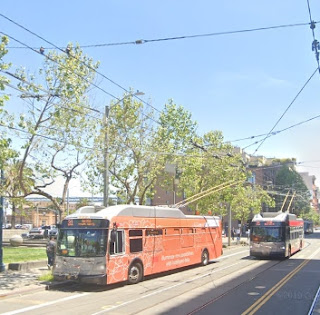 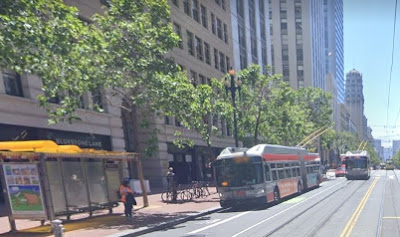 Market Street also has "ordinary" buses. Combined with the Metro (modern trams) and BART (suburban full sized railway) both in tunnel, there were FIVE transport modes along one thoroughfare.

All fully integrated, of course.

There is one further delight to enjoy when exploring the heritage streetcar (tram) services E and F. One website shows the trams running in real time. 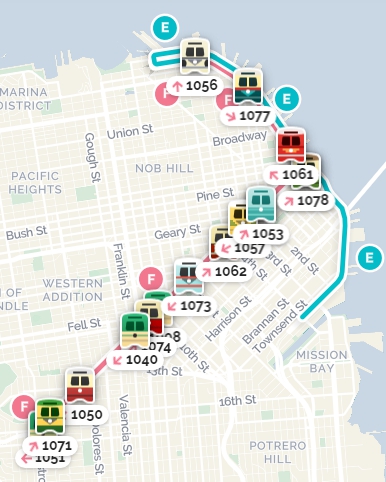 The icons move along the line replicating the actual vehicles. As a step further in information provision, the icons represent the livery and vehicle number of the actual trams. But the Muni web site does one better. 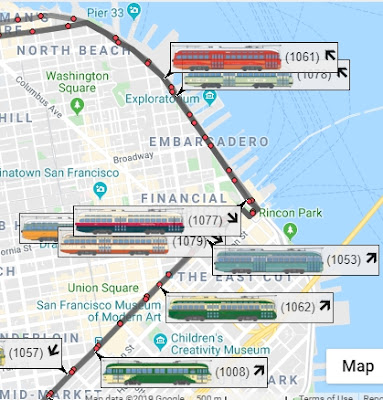 A well detailed (considering the size) drawing of the actual tram moves along the route. You can track your favourite tram and, even better than Pokemon ... 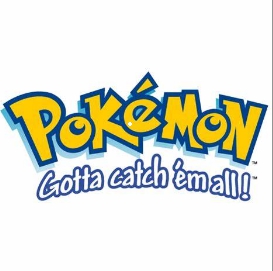 Waiting For Our Ferry
A bus was one of the vehicles that travelled from Yarmouth (Isle of Wight) to Lymington. 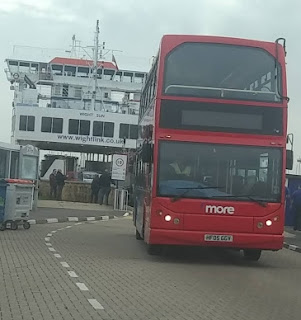 More (Go Ahead) used to be Wilts and Dorset and is based in Poole. Interesting?

Not really. At least not interesting until a few minutes later, when a similar vehicle joined the queue to travel from Lymington to Yarmouth. 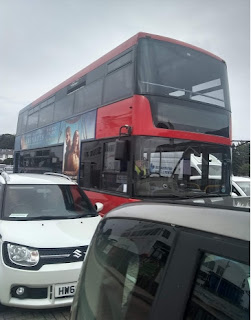 According to an Island chum, More sends buses routinely across the the Island to have their chassis cleaned and Ryde depot then, a few days later to have its MoT test at Newport Depot.

Does this make sense. Two staff working something more than a half shift. Two single ferry charges and one bus stuck on the Island for about a week. Expensive, surely?

But it is a regular occurrence.

Why can't the work be done at Poole?

Positive Publicity Procedure
Yet again, fbb was able to pick up the current Southern Vectis (also GoAhead) timetable at the Premier Inn at Lake near Sandown. 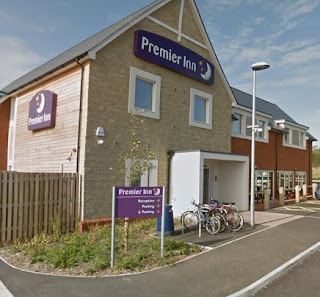 Breakfast was taken at Morrisons nearby, half the price of Premier's flat rate. Thursdays evening meal after a very busy day leading a funeral was c/o Colonel Harlan Sanders (who wasn't a Colonel). One of his "restaurants" is now built right next to the hotel ... 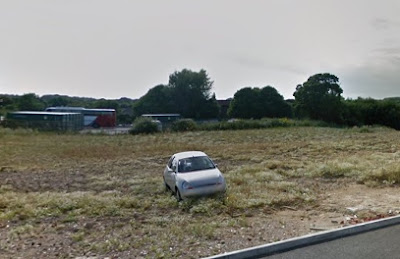 ... where the white car is parked. 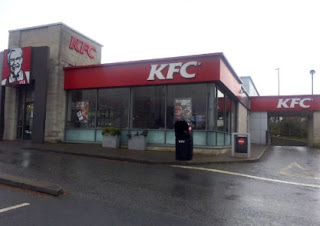 The fbb's meal was finger burning hot, but filled a hole after a challenging but appreciated day. And a Southern Vectis timetable to read in bed. 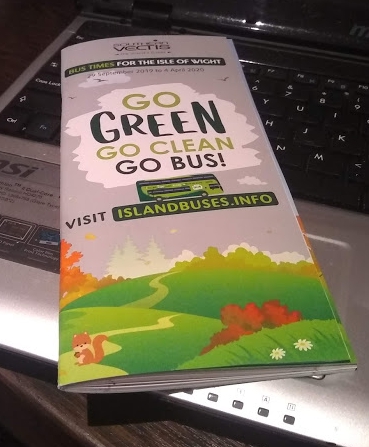 Excellent work, Southern Vectis. It is also available on-line. oth infromation sources reveal the company's Christmas Day schedule of services, ghourly on route 1, 3 and 9; two hourly on 5 and 7 - the best Christmas Day service in the UK!

Yesterday, Premier's wobbly wifi wobbled well and fbb did not need to use alternative technology.