BARNLEY explained. fbb should pay more attention! On close examination the village sign for Barnley instead of Barnsley was nothing more conspiratorial that a Streetview stitching error. The Streetview car-mounted camera takes lots of pictures, rotating through 180 degrees that some clever computer stuff stitches them together. Sometimes, unlike with Ernie Wise, you CAN see the join! 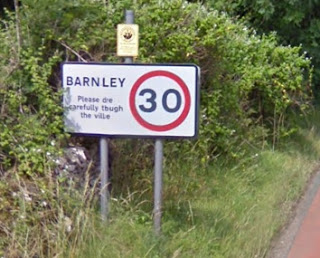 Less excusable, however, is the on-line map from one of the national dailies showing the location of the bus contretemps near Tortnes. 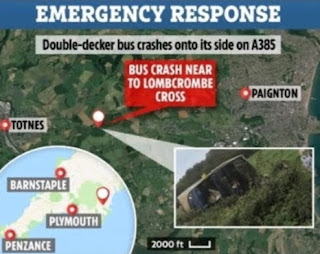 LOMBCROMBE CROSS  doess not exist. A quick reference to a map - even a Google map shows the name to be Longcombe. 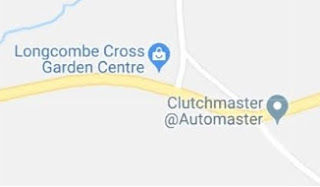 Mention should be made of an extension currently in progress. This will tun from a junction via Talbot Road to Blackpool North Station.

From some of the track plans it looks as if all trams will double-run to the station rather than trundling straight along the esplanade. 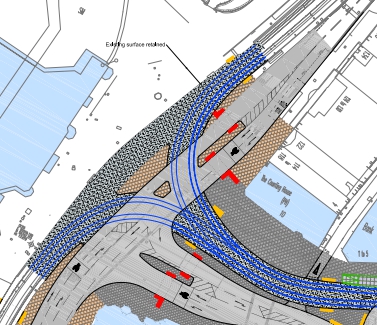 Or maybe the through tracks will remain? 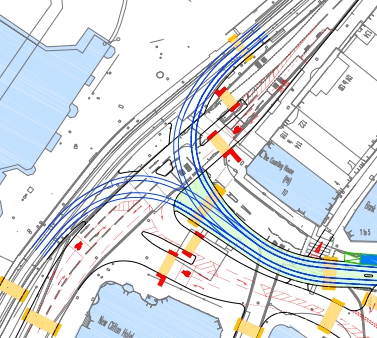 A route via Talbot Road to Layton closed in 1936 with the tram below having just turned off the Esplanade into Talbot Square. Yates Wine Lodge, on the ground floor of a theatre, later a cinema, is now demolished. 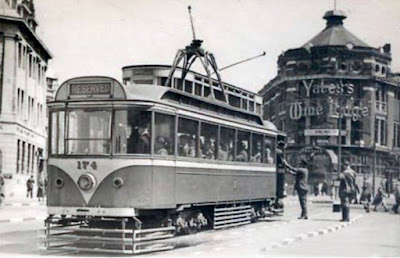 The building was destroyed by fire in 2009.

Trams will serve a new station on the Wilko site ... 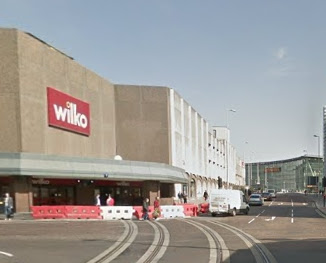 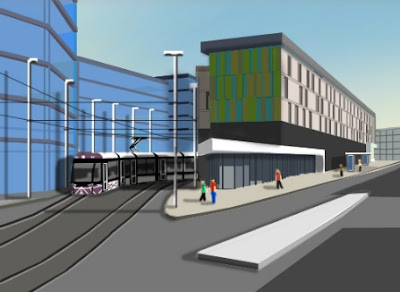 ... with the Bllackpol North railway station just across High Street. There is, presumably, some good (and financial) reason why the tracks don't actually run into the station forecourt. 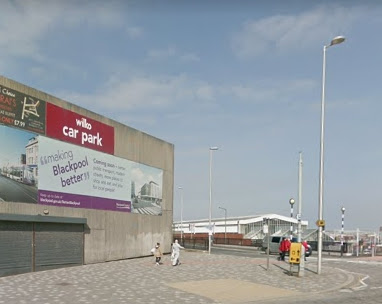 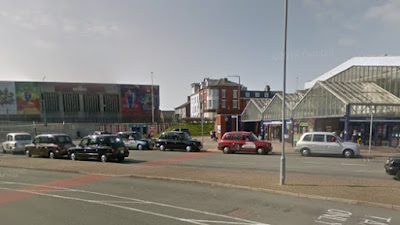 Access to the station is via a gloomy subway and/or steps and lengthy ramps from where Wilko's car park is/was. 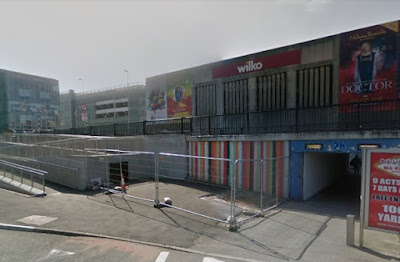 It was Sheffield correspondent Roy who emailed with the offer of a "Blackpool Timetable" which he has used on a recent visit. fbb was unsure of what to expect but certainly was NOT expecting a 192 page (plus cover) printed booklet! 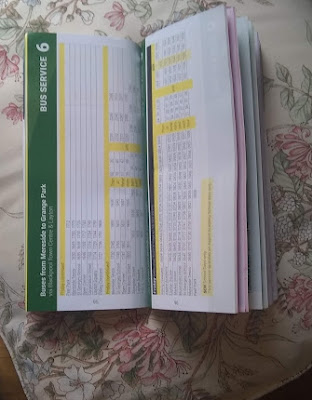 What he also was NOT expecting was a booklet valid for just over two months! 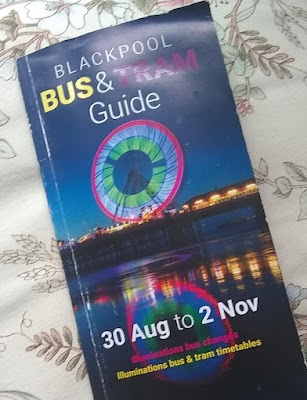 What also bowled the old man over (not literally) was that this tome contained FULL TIMETABLES for the illuminations "disruption". It covered, for example, extended running times and, as quoted in yesterday's blog, "split services". 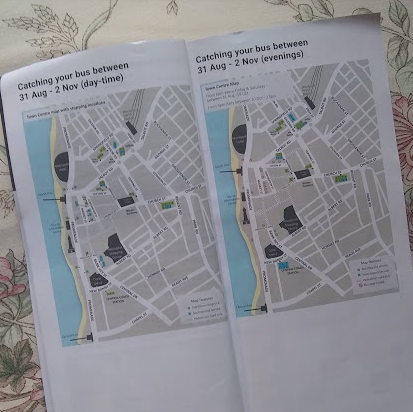 If fbb were to be a tad picky (surely not?) he would comment that these excellent maps were simply too small to convey the necessary information. Of course, Blackpool Transport would want to mitigate the curse of "perfect bound" booklets and avoid losing detail down the trench where the pages come together, but fbb thinks a smaller area and a little tweaking of geographical truth would produce something easier to see.

Having recovered from his shock at this excellent production he also noted that no price was shown, implying that it was free, gratis and for nothing.

And yes it was also ALL ON LINE.

The quality and content of this booklet should put other operators and local authorities to shame, especially those who are waving goodbye to passengers in their droves by not providing any printed material.

Tomorrow we will look in detail at some examples of the major rejigs of timetables to cope with the celebrated illuminations.

Next Blackpool blog : Wednesday 9th October
Posted by fatbusbloke at 02:00