It is strange, looking back, how illogical decisions colour you past, present and future. When fbb was a student in Sheffield, he was excited to travel throughout the city by bus. His home town of Northampton was just beginning to expand but Northampton Corporation buses trundled around unchanging within the Borough boundary. Just a few extensions into new estates added a little variety - but not much.

Sheffield was fascinating and  more extensive visits to Rotherham and Doncaster proved equally enjoyable. But rarely did your author venture south to Chesterfield.

In those far off days, Chesterfield Corporation buses were a rich and noble green colour. 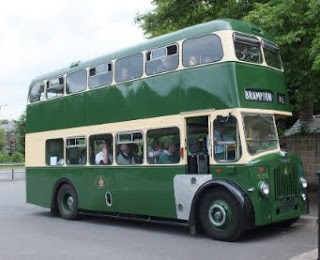 Chesterfield Corporation buses found their way into Sheffield on joint service 12 via Dronfield and the (old) A61. With the burgeoning of the Gosforth Valley estate to the east of  Dronfield, one bus an hour wiggled that way at service 11. 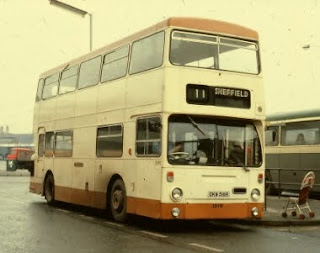 To add to the mix, a limited stop 512 was on offer and thereby is a tale which will be revealed in tomorrow's blog. 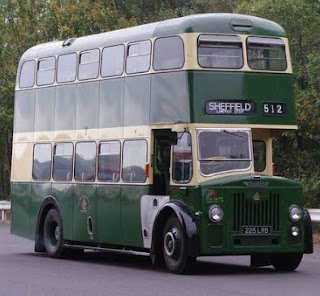 Back then, fbb was invited to join an institute of transport visit to the newly opened Corporation (CCT) Stonegravels depot.

The new facility was so opulent and so huge that that one Sheffield wag asked the Manager whether CCT had aspirations to take over East Midland! Ironically, it happened the other way; Stagecoach East Midlands also acquired CCT.

One of the strange sequences of bus management seems to be (a) an introduction of long cross town services followed a year or two later by (b) splittung them up again into smaller chunks.(See also London Nortth Western Railwasy!)

Here is service 10 to Newbold as operated pre 27th October.

It is shown as a "circular" but it isn't - its a lollipop. 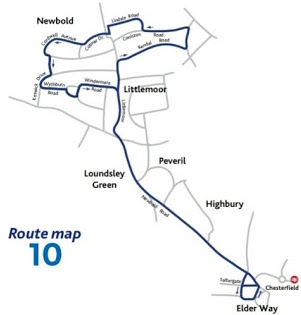 Stagecoach then announces that "to improve the service" it will be linked cross-town with services 82 and 83.

The map only offers part of the route. 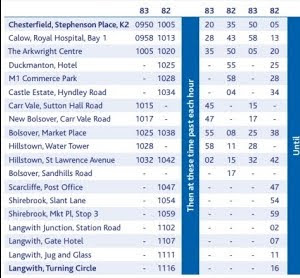 So would we expect the new through service to be increased to every 10?

Here is the timetable from Sunday last. On a positive note the timetable does show the whole loop at Newbould. There are loops a-plenty at Bolsover. 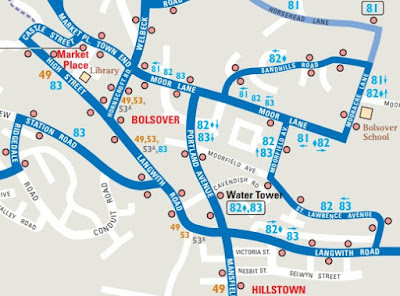 For reasons explained below fbb is unable to fathom the changes in the 83/2 timetable but traditionally buses terminate at Hillstown Water Tower. 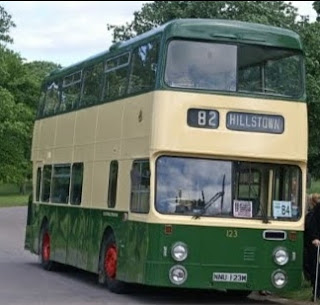 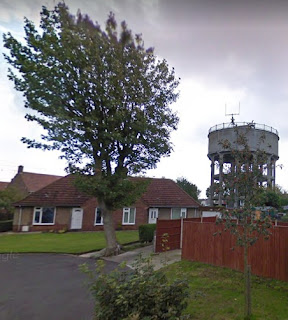 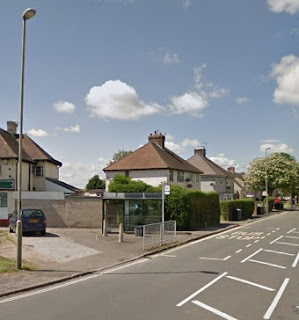 Do Stagecoach buses still show "Hillstown" as CCT did?

Rangoon Nadgers** Report
fbb spent a good bit of yesterday in bed and this blog is, perforce, something of a precis. Tomorrow we will (nadgering permitting) get to the new X1 service.

** shakes, shivers, sweats, somnolence and a profound lack of energy. What is far more serious is that fbb id "off his food". Horrors.

Below a small piece of Goon Show Script

GREENSLADE:
This is the BBC light programme.

SECOMBE:
Mr. Greenslade, never mind the commercials mate. Enough of this splin splan slon and a hern hern. Give us a magic lantern lecture on this week's show.

GREENSLADE:
As you will sir.

GREENSLADE:
Ladies and gentlemen, on inserting the first colour slide we perceive the title to be, 'The Great Nadger Plague.'

Tuesday night's Midsummer Murders was switched off - lack of concentration. Tonight an old Inspector Alleyn Mystery will be attempted; but as it lasts two hours, the chances of seeing it through to the end are something less than nil.