Tuesday Trip To Topsham (3) by Train?

Needless to say, the history of early railway proposals and earl;y ownership of the lines around Exmouth is very complex. But, in simple mode, the branch opened in 1861. 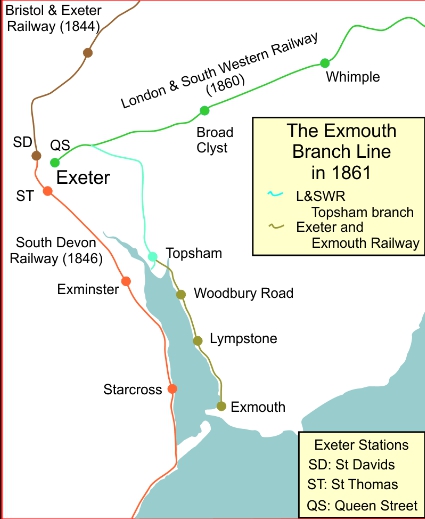 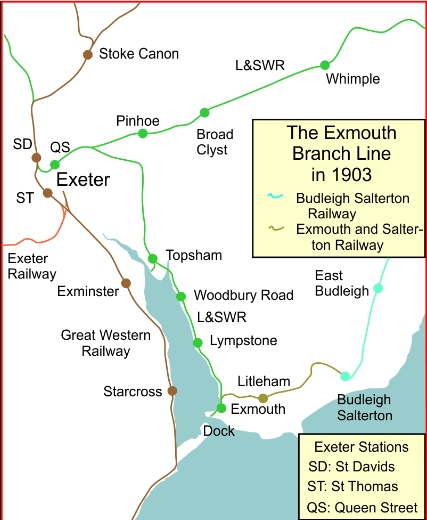 Exmouth has had three station buildings: the original ... 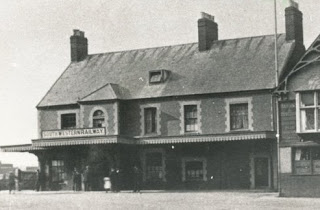 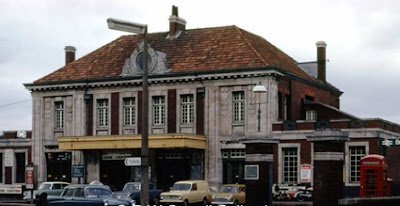 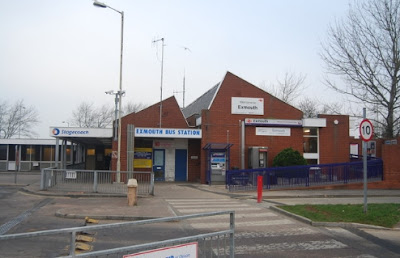 ... and offers excellent interchange with the attached bus station. Unfortunately there are very few buses! Effectively the only routes calling at this potentially useful facility are those "oddments" that terminate at Exmouth. Most services use the town centre bus stands. 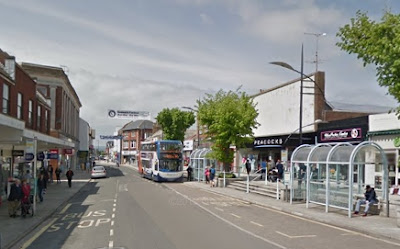 On the other hand, Topsham Station retains most signs of its heritage. The signal box still stands, now unused ... 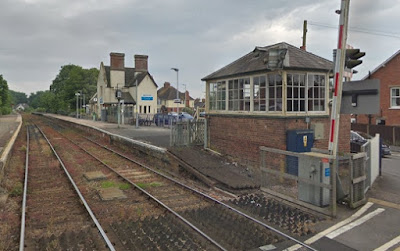 ... and the main station building, now in private hands, it as it ever was! 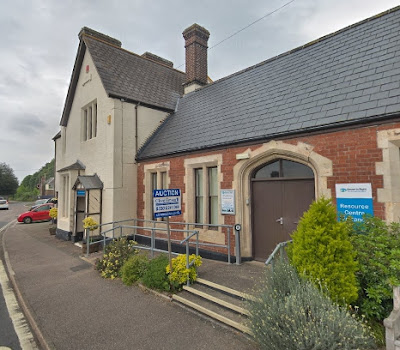 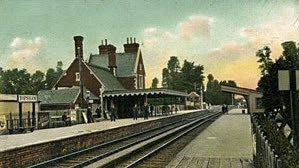 ... although yesterday's platform canopies have given way to bus shelters! 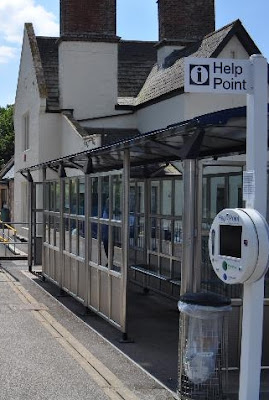 The whole branch is now single track but with a loop at Topsham where the roughly half hourly trains pass. 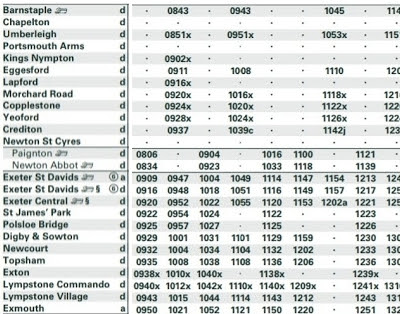 Note the relatively new station at Newcourt (opened in 2015) ... 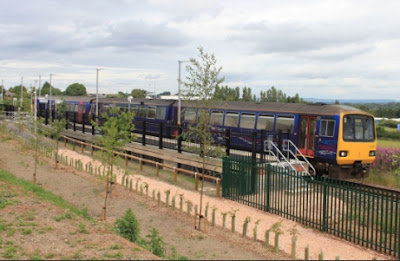 ... built to serve yet another housing development. 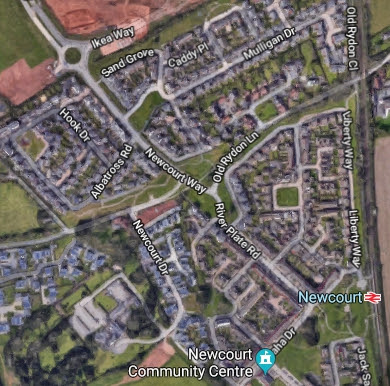 Stagecoach circular services I and J stop in River Plate Road, if you wish to enjoy interchange facilities! 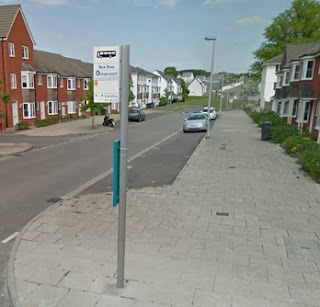 But as fbb drove past Topsham station building on a car park space hunt, he felt he was on a "new" road, rather than a typical Topsham poky back street. Holman Way runs parallel to the railway ... 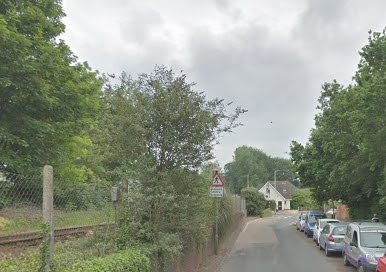 ... then curves gracefully and spacefully round to the right. 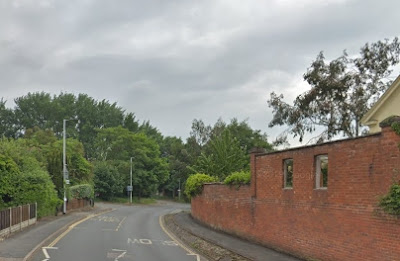 Yep - definitely a "new" road. But look! The carriageway then passes under what looks like a very "old" footbridge ... 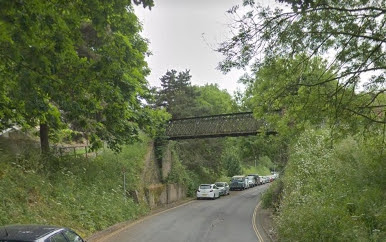 ... before finishing at the quay. 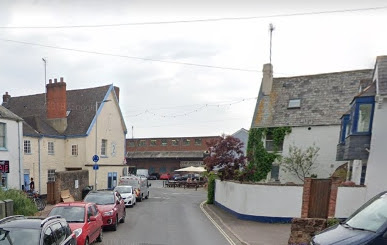 As they say at the end of almost every Eastenders episode, "Woss goin' on?".

It's an old railway branch innit ... 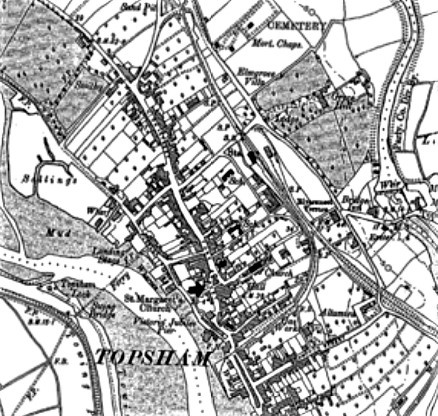 ... leading from the station goods yard to a siding on the quay.

On 23rd September 1861 a 700 yard branch was opened to serve the quay.  This line fell on a gradient of 1 in 38 towards the docks limiting the load to eight wagons or four if it was wet. The crossing of the public highway at the foot of the incline and entry to the docks was protected by two gates, locomotives were prohibited on the actual dock area beyond the gates.

On-line articles suggest that the main imports were guano (bird poo) and tubs of shellfish from way up north. Lets hope the delivery drivers didn't get them mixed up!

Removal of the branch took place in 1958 this following very quickly after the closure in 1957.  The railway trackbed has been converted to form a road known as 'Holman Way'. 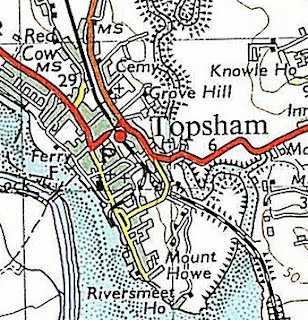 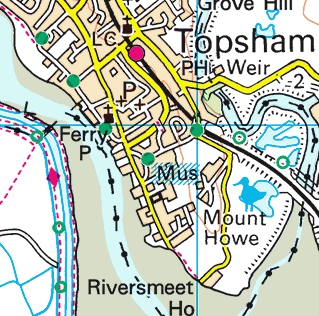 Both the maps show the footbridge!

fbb has, so far, found no photos of the branch in action, but its existence certainly explains the very high-up canopy on the Quay Antiques Centre ... 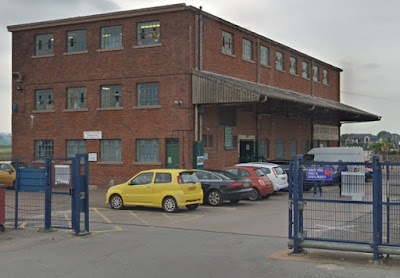 ... just the right height to fit over a standard railway goods van!

Tomorrow, Topsham by water and, further afield in Exeter, fbb's review of services I, J, K and T.


Next Trip to Topsham blog : Wednesday 2nd October
Posted by fatbusbloke at 02:00