It would be ludicrous to try to cover the whole of San Franciso's public transport network in a few short blogs. Interested readers may choose to explore on line. The operator is called Muni ... 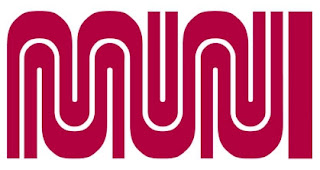 ... with the "worm" logo which spells "Muni"! Historically its was the San Francisco Municipal Railway Company. 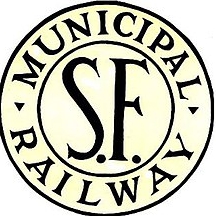 Since the passage of Proposition E in November 1999, Muni has been part of the San Francisco Municipal Transportation Agency (SFMTA), a semi-independent city agency created by that ballot measure. The agency, into which Muni, the Department of Parking and Traffic, and the Taxicab Commission were merged, is governed by a seven-member Board of Directors appointed by the Mayor and confirmed by the Board of Supervisors.


Effectively it is San Francisco Corporation Transport as what we would call in the UK, an "Arms Length" Company. Muni runs more or less everything within the city's urban area. A separate organisation (company) runs the BART system of suburban trains. (BART = Bay Area Rapid Transit).

Perhaps the easiest was to grasp the system is to go back to the main thoroughfare, Market Street. We have already seen that a significant chunk of this busy road is to become "Public Transport Only" in 2020 and our look at the "Little Cable Cars" reveals that all three lines connect with services on Market Street. 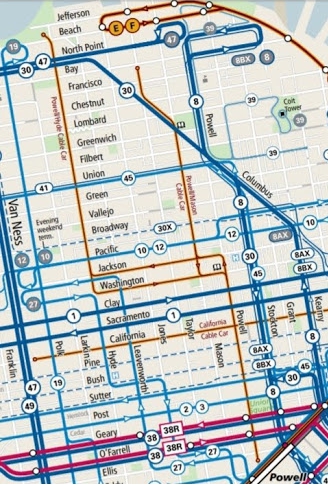 The cable car lines are rectangular and BROWN and all three meet Market Street shown running diagonally across the bottom right hand corner of the map.

Here is a clearer map extract of part of Market Street. 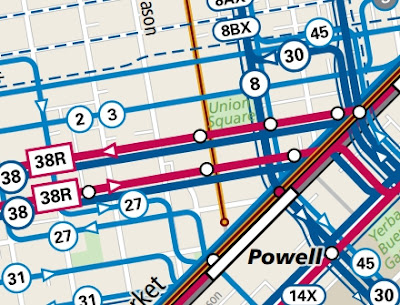 The code panel may help! 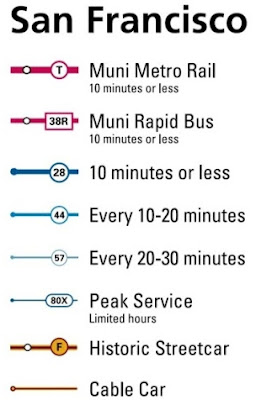 Bus and trolleybus routes are blue with the thickness of the line indicating their frequency. The purple lines are either the Muni Metro rail system (modern streetcars or trams) or express buses (Muni Rapid). fbb will return to the "Historic Streetcar" in due course.

On Market Street the Muni Metro is in tunnel ... 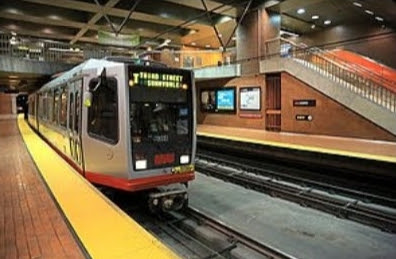 ... but it does come up for air once out of the key central corridor. 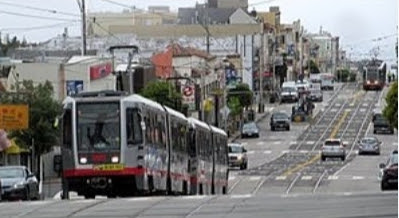 Most routes funnel into the the Market Street tunnels ... 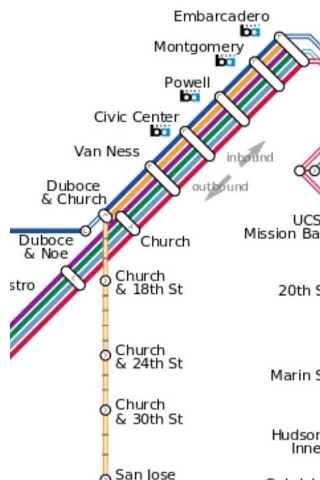 The routes are designated with letters ...

At a lower level and below the Metro trams is the BART tunnel. "Common" stations are shown as "ba" in the above diagram. 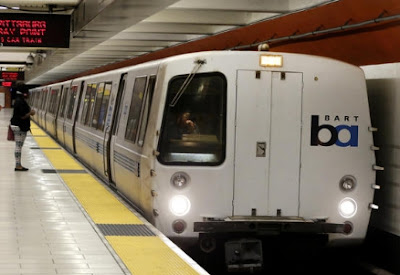 Its routes might well be designated "suburban railways" in the UK. 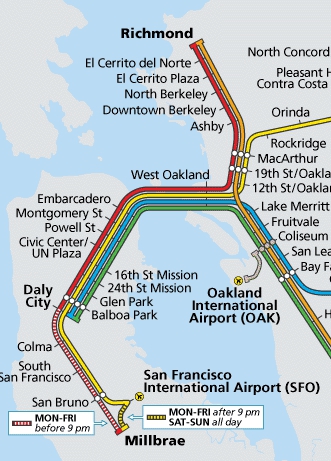 There are 15 trolleybus services ...

... the 5R is "Rapid" (Limited Stop) during the day Monday to Saturday but becomes the "normal" all-atops 5 evenings, Sunday and early mornings. The 5R has super-smashing new vehicles. 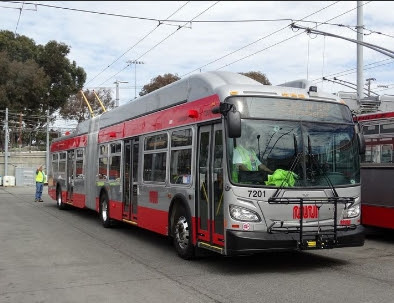 Trolley route 1 follows the same general trajectory as the California Street Cable  Car, although runs on parallel streets for much of the busy section. 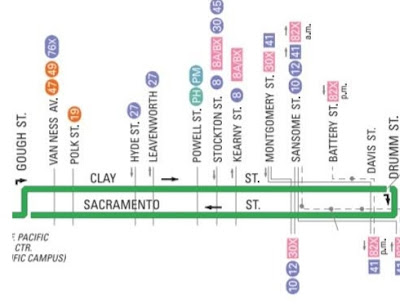 Continue south down Drumm Street for 200 yards and you will arrive at the cable car terminus. Trolleybus 1 continues well beyond the terminus of the California Street cable car. 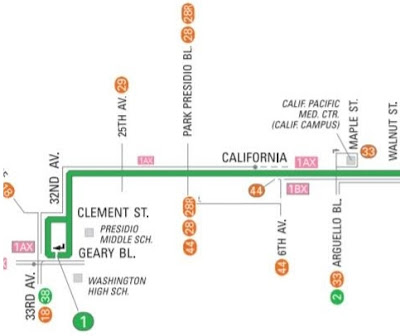 And here they are waiting time at the Geary Boulevard terminus. 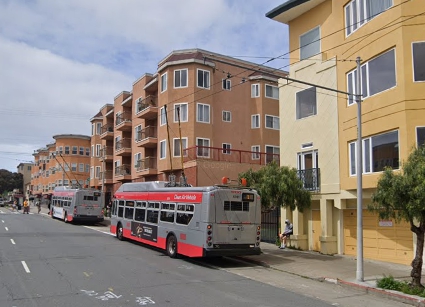 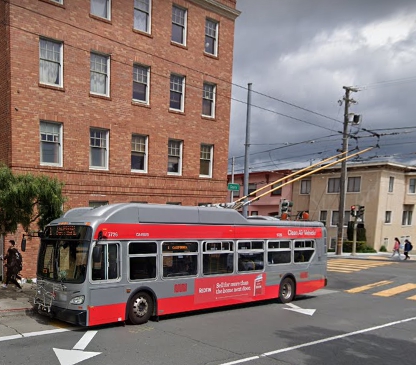 The 1 runs almost all the way across the San Francisco peninsula from East at Embarcadero almost to the western "coast" as shown by the pin below. 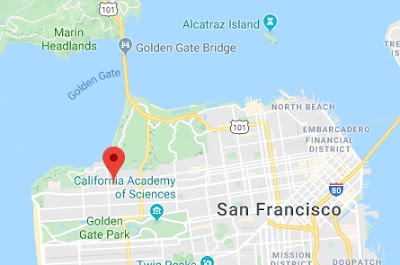 So far so good, but it is on Market Street that trolleybuses meet their match.

PLEASE NOTE : fbb is staying at the Premier Inn at Lake, Isle of Wight. The WiFi is weak, presumably to persuade the customer to pay £5 for 24 hours of "Ultimate WiFi". fbb is too mean to pay!

Completing a blog is a real struggle.

Interesting Notice?
Seen at the Appley Manor Hotel and nosherie ... 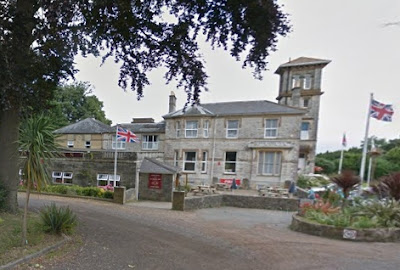 ... suppliers of evening meal to the fbbs yesterday. 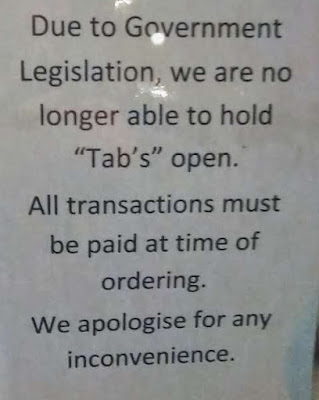 Quizzically, fbb did ask the barista to explain the legislation referred to - she failed - and suggested that a correct spelling of Tab's might be appropriate.

The notice is a load of tosh, of course; there is no such "legislation". It appears customers are arranging "Tabs" and then leaving without paying. Naughty but easily stopped by keeping the client's bank card in the till. Telling lies is not a good business practice!