Observant readers will ave noticed that the idea of a "fixed interval" service is completely unknown to the residents of Tarragona. Even reasonably frequent services run at irregular frequencies. 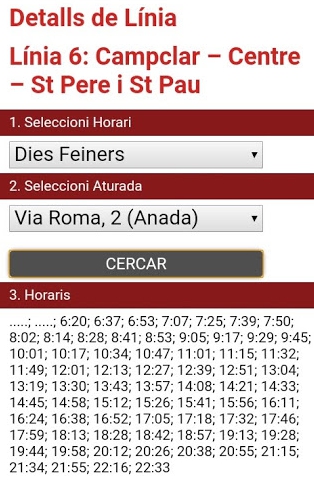 Do Tarragonians check on their "device" regularly, or, more likely fbb suspects, do they turn up at a stop and hope. fbb will return to GB not-very-fixed interval services in a future blog, but we are still (despite irregularity "for operational reasons") far better off than many countries in Europe.

At least two words in the above extract should be familiar to all blog readers!

fbb has had a go at the journey planner and found it worked quite well ... 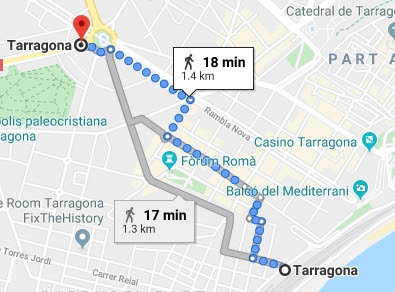 ... but seemed far too keen to offer you a walk rather than the bus. fbb tried a journey from Estació to Sant Pere i Saul Pau, which was the district that featured in yesterdays blog. 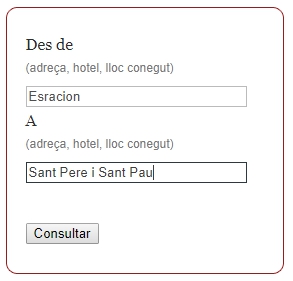 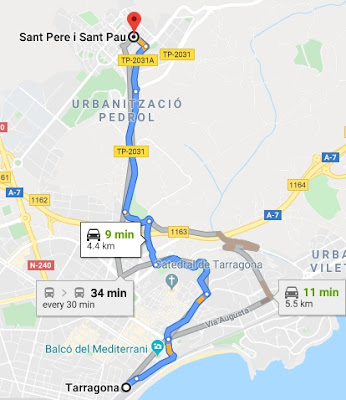 ... followed by the bus a few minutes later. 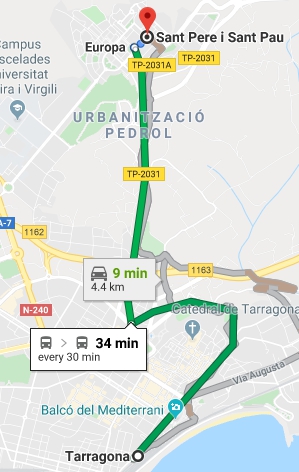 A detailed journey plan, including unnecessary 1 minute walks from Station to Station bus stop, could be revealed. 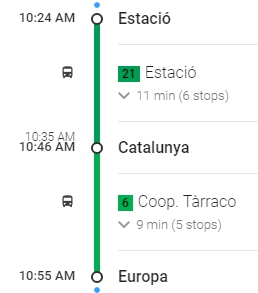 It was a two leg bus journey but the technology insisted that the car was much quicker. Enquiries were limited to localities within the Tarragona area - which meant that it would not get fbb from Estació Tarragona ... 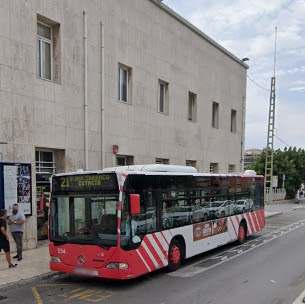 Spain has developed a growing network of High Speed line, one of which runs from Madrid to Barcelona whither it continues to the border to give fast trains into France..

If fbb had flown, in in his private luxury helicopter, due north from the terminus of route 55 (see yesterdays blog) above the main road (TP2031), he would have passed over this line, at that point in a tunnel. 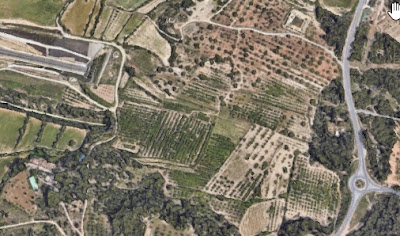 To the east, and in a very rural area, can be seen the tunnel portal and the start of the trackwork for for Camp de Tarragona station. 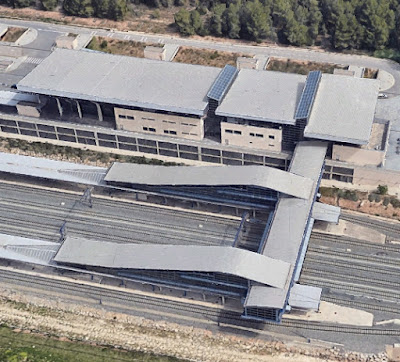 From here, for example, fast trains would whisk the passenger to Barcelona in just over 35 minutes but, as on the buses, with no attempt at the fixed interval frequency. 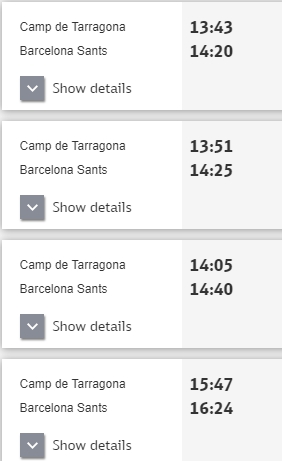 "Ordinary" trains from Estació Tarragona take about 1&frac1/4 hours except the faster Talgo trains which are timed for one hour.

But you have to get yourself to the High Speed Station and there is no rail link.

There are express buses ...

... taking a modest 20 minutes from the estació d'autonbusos which obviously negates and saving in "High Speed" time and adds to the expense. It is obviously aimed at motorists!

The super station is reached from the east with cars parked on the verges ... 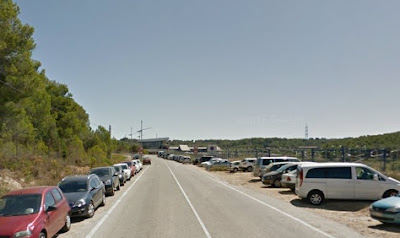 ... presumably to save parking charges at the station itself. It appears that the car park is under the station building ... 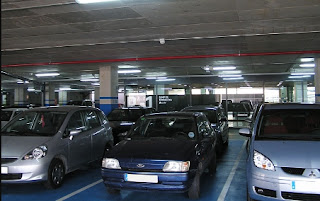 ... which is odd as there is plenty of rough-ish land around the station site; Google translates the "Camp" in the station name as "rural area" ...

There are plenty of taxis. 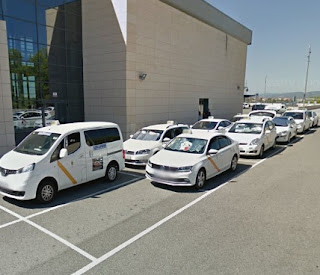 The station block is swish as would be expected with a new building ... 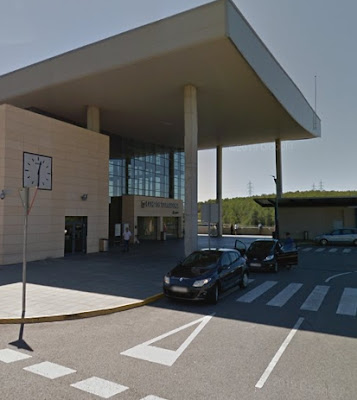 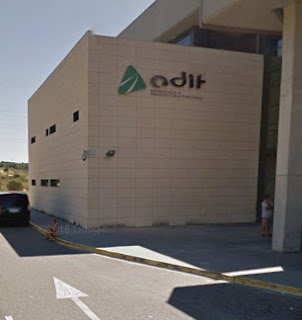 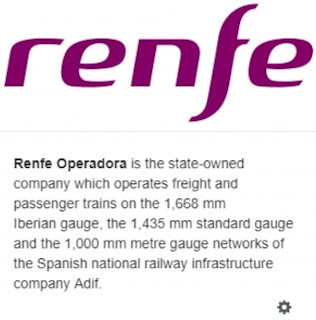 Imagine all our UK train operating companies rolled into one British Railways plc, state owned and running all the trains.

The "Iberian Gauge" equates to 5.472 feet but was originally 6 Catalan feet. The High Speed lines are standard gauge of 4 feet 8½ inches. The existence of these two gauges gived the rail operators significant technical and operational problems which might form a later blog. Not also that there is a metre gauge network in Northern Spain coloured GREEN in the map extract below.

The metre gauge stock is modern and well turned out - also run by a division of r e n f e. 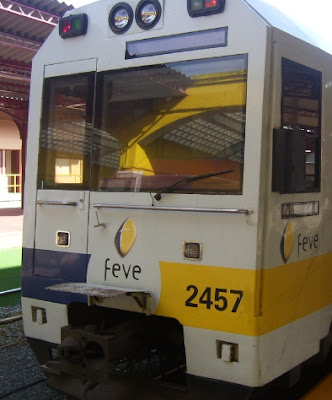