Delightful Didcot in a Downpour (1)

Didcot, 55 miles from London, used to be a quiet village. 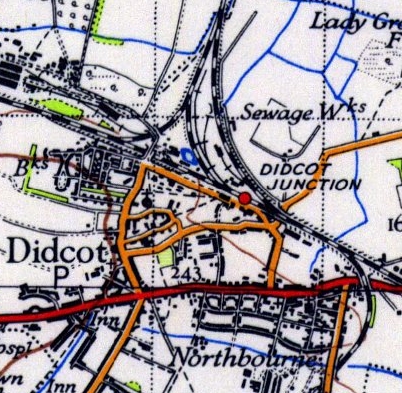 ... where you could, at one time, buy a postcard showing its rural delights. 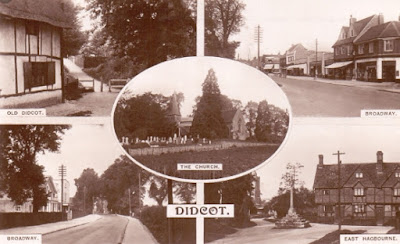 Bits of "Old Didcot" remain, but the bottom right hand picture (above) is of neighbouring East Hagbourne.

Without doubt, Didcot developed as a railway town with substantial ferroequinilogical infrastructure. 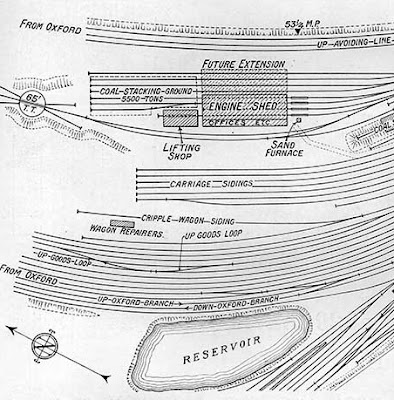 The Great Western main line crosses bottom right, just west of the station platforms. The two lines to Oxford can be understood from the top map, one takes trains through the platforms, the other avoids Didcot altogether.

In 1932 a brand new "state of the art" engine shed was build to replace more limited facilities ...

... providing the station with its most prominent landmark, the water tower and associated coaling line. The water tower is still there! 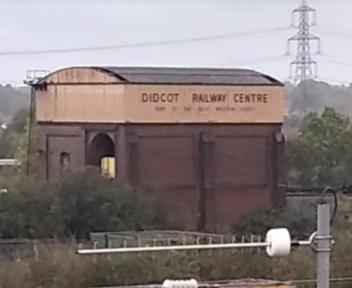 It provides an excellent advertising hoarding for the splendid Didcot Railway Centre which has taken the place of the working loco shed.

The one line that no longer exists is the one that turn south. This was the Didcot, Newbury and Southampton Railway which ceased to be in 1964. 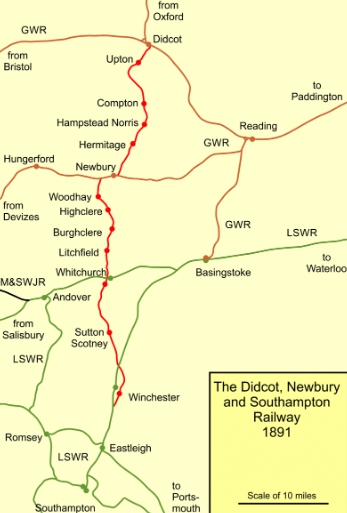 The usual scar of foliage remains in the town to remind anyone who cares that there was, once, a railway there. 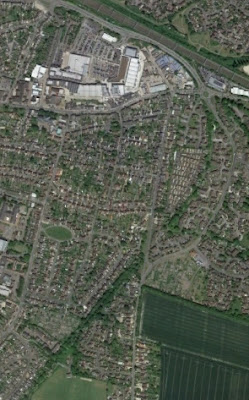 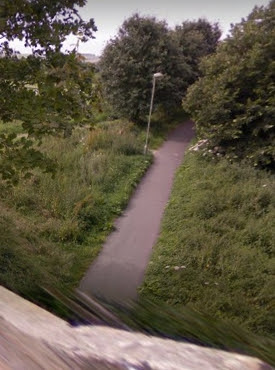 ... on what is now a footpath and cycle way continuing south to the village of Upton. 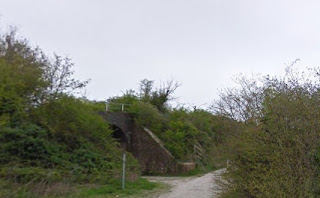 The first station south from Didcot was Upton and Blewbury ... 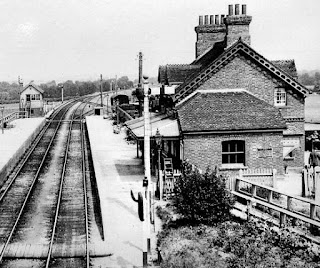 ... where the station  building still stands but much extended. 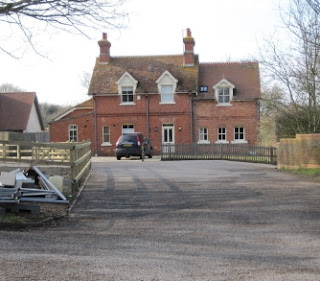 Its address adds a hint of irony to the location. 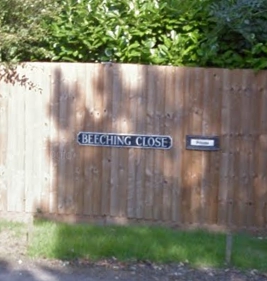 fbb's No 1 son and family live in Wantage and, on Saturday last, discussions developed as to what entertainment might be made available to your ancient blogger. Mrs fbb was off to as Pam Ayres "do" so Pops, Son and Grandson sought a possible and mutually acceptable outing.

fbb had commented that he had not had an opportunity to see First Great Western Railway's new slug-green trains in operation, except drawing slowing into Exeter st Davids. The road bridge near The Volly (fbb's B & B) is rendered useless by Notwork Rails bridge parapet paranoia. 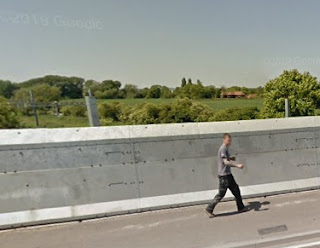 But careful perusal of maps revealed one tantalising possibility. A footpath from Denchworth to Grove is shown as crossing the railway. 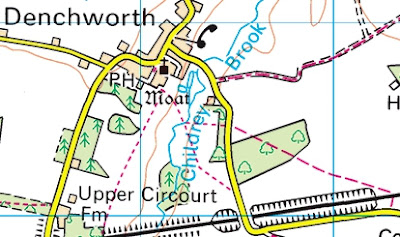 The road overbridge was deemed unsafe by No 1 Son, understandably, with blind bend and no footways. 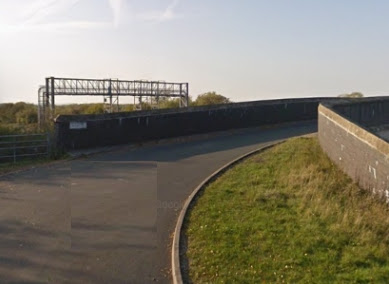 But Google Maps suggested that the footpath would be ideal for a bit of fast train observation./ 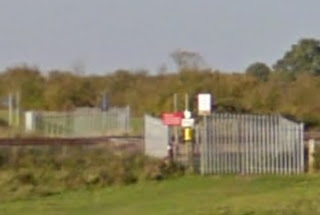 The foot crossing would not be needed, but visibility from footpath and field looked ideal. But was it still there? Had high fences been installed? Had it been closed because of electrification - Google showed no overhead! Notwork Rail do not like such dangerous crossings, especially those which rely on the common sense of the pedestrian to phone the signalman or observe a set of miniature "traffic lights". 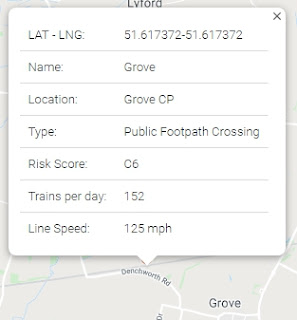 But Notwork Rail's publicity said it was still operational, although fbb could not find an explanation of a risk level of C6!

But it was raining.

Suddenly No 1 son had a massive brainwave. 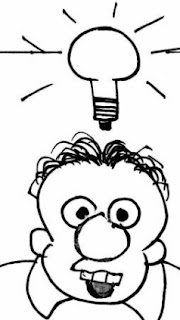 "We'll go to Didcot," he gleefully announced, "I know just the place. It's under cover, it provides an excellent view of the tracks and we won't even have to buy a ticket."

Here Is An Irrelevant Puzzle : What Is It? 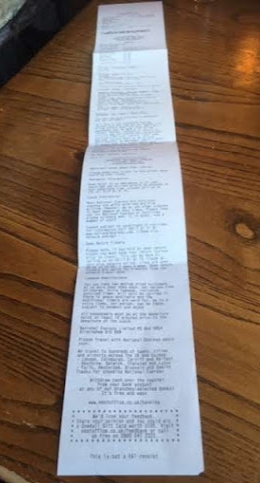 It is very much transport related with a Spanish connection. Answer tomorrow.