This blog oft makes much of the Bus Industry's sometimes unfathomable management decisions, but rarely is there an opportunity to focus on the front-line staff who actually do the work!

The Clapp dynasty is well known in East Devon. Clapps ran the taxi service in Seaton until a few years ago and in nearby Beer we find ... 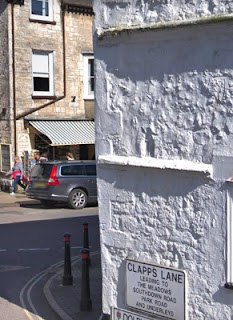 fbb was honoured to be invited to lead Don's funeral which took place last Thursday on the Isle of Wight. His career with the railways was interrupted by the Second World War where he trained in the Catering Corps. Whilst based at Hitchin, he met his future wife, the late Mollie, who was based at Henlow Camp. 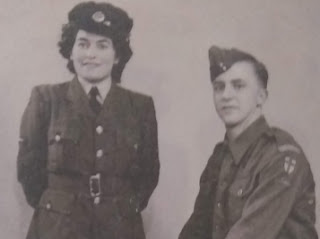 He returned to the railway post-war and it was always "The Southern Railway" for Don - he wanted nothing to do with the Great Western!

A highlight of his signalman's career was when he "saved" the Devon Belle from disaster. 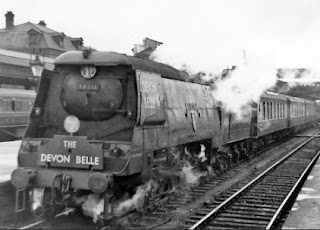 This prestigious express was speeding westwards when one of the coaches developed a "hot (axle) box" with the obvious danger of a serious fire. From his command post at Wilton South signalbox ... 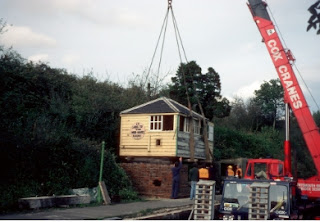 ... (seen here being transferred to the "Watercress" preserved line) he was able to organise the removal of the offending coach in just 20 minutes; followed by the safe onward progress of the train. That was, of course, back in the days when staff were allowed, nay expected, to use their skill and initiative to keep the trains running.

The Clapps settled in Axminster and accumulated four children (No 5 was born on the Island). Family duties called and they upped sticks and moved to the Isle of Wight to provide care and support for Mollie's mother.

Faced with a lack of opportunity on the Island's railways, Don started work as a conductor with Southern Vectis (Southern as in Southern Railway - of course) later promoted to driver.

He became shop steward (more officially "staff representative") where he was respected by staff and management alike. His negotiating skills were recognised as being calm and fair. He most definitely was not a whistle blowing Miriam Karlin clone shrieking "everybody out!" at the slightest provocation. 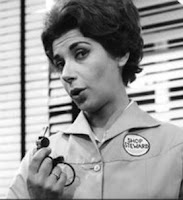 Don had a simple faith of service and commitment. 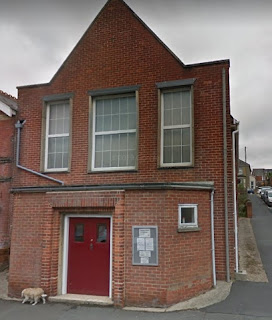 Living a few doors from the church, he held the keys, turned on/off lights and heating and provided access for tradesmen. He ferried children and adults to the church in minibus and car and, using his skills from military training was a dab hand at baking gorgeous cakes for church events.

Don was an utterly committed servant of the railway, the bus company and his Lord Jesus Christ; a rare combination in today's transient world.

After a long period of illness and decline, he will be overjoyed to be with his Saviour  and God in heaven! 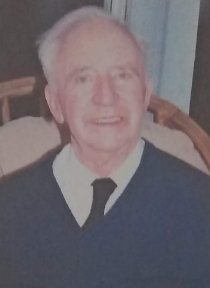 Don died peacefully in a nursing home at Wootton on 4th October, aged 95.

fbb Buys a Bus
Fortunately for the family finances, not a full sized one but a model. Corgi Original Omnibus produced a delightful model of a Northampton Corporation Daimler CV6 in its tradition crimson livery, buses with which fbb was familiar in his youth.

When the model first appeared, your stingy blogger considered it too expensive for a simple piece of very personal memorabilia.

But a couple of week ago one came on to the second hand market at a bearable price. So fbb bought it. 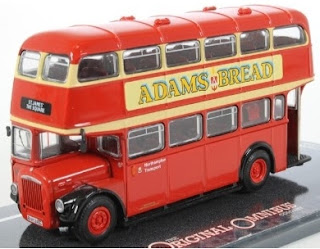 There were many variants of the basic livery from three wide stripes ... 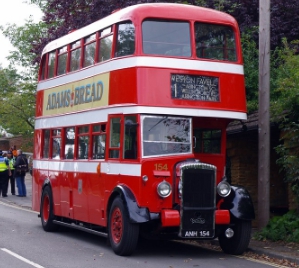 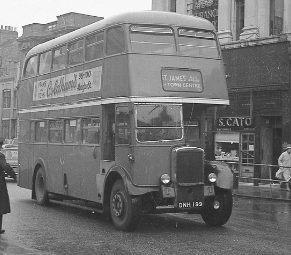 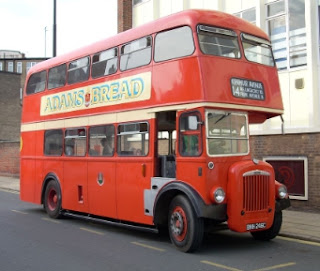 The stripes were always white (?). The final scheme before more modern designs of vehcile took over began life like this ... 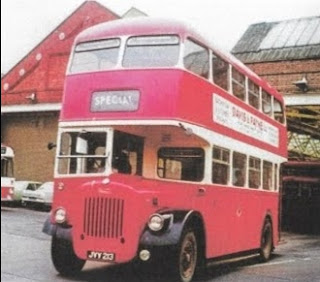 ... with cream (?) round the windows of both decks. Finally, finally, the lower deck reverted to the one broad stripe and this version appears of bus 246, the model for the Corgi model/ 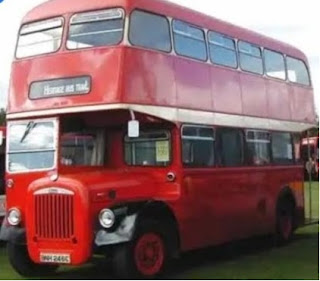 The town crest placed centrally on the lower panels was replaced with the lettering style also shown on the model.

fbb does think, however, that the Corgi cream is too cream! 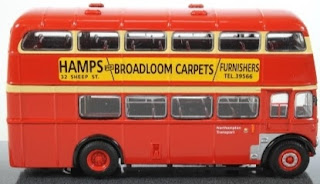 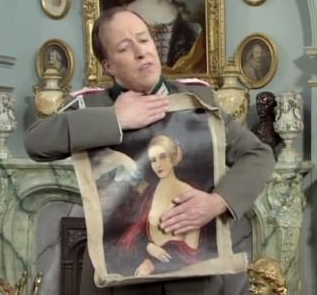 fbb does not refer to a certain painting by van Klomp as featured on the TV series "Allo Allo". But there is a link.

The BooBees is a collection of women who have recovered from breast cancer and this charity featured recently in Manchester. A bus, manned (peopled?) entirely by folk who had, in one way or another, been affected by breast cancer has been touring the city. 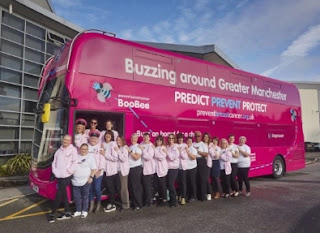 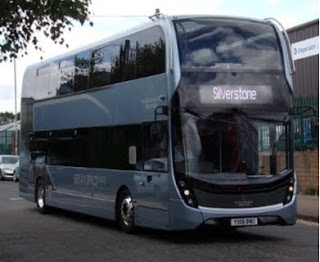 It was vinyl-wrapped in pink plus logos and looks very distinctive. 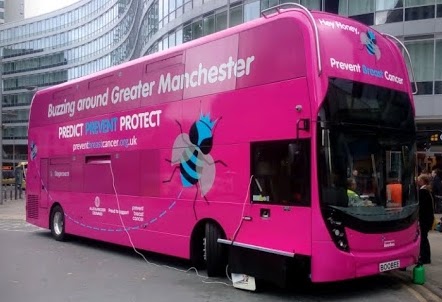 Signs of the Times - Wrong Times
Last week a Sheffield contact was ambling along West Street towards the city when he espied this electronic display. 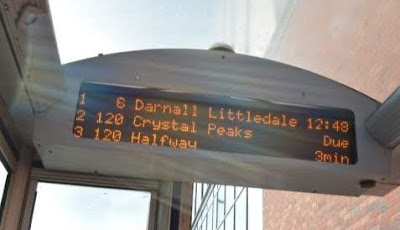 Readers with superb memories may remember that service 6 changed at the end of September. The Millhouses Tesco to Sheffield is still operated by T M Travel but only runs as far as the City Centre (Arundel Gate). 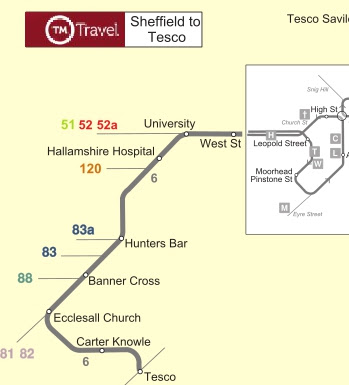 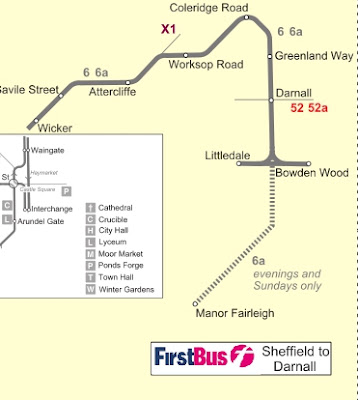 ... leave from the Interchange and never travel via West Street.

Next Didcot blog : Monday 28th October
Posted by fatbusbloke at 02:00