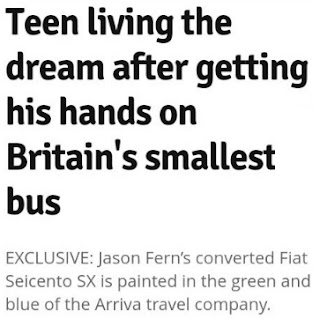 Arriva's green a bluer livery? This extract was from The Star (National daily, not Sheffield's evening periodical) so standards of truthful journalism might just be a tad on the slack side. 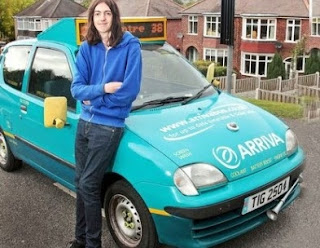 The two shades of blue with a yellow dividing line seeks to replicate one of the many now abandoned Arriva paint schemes. 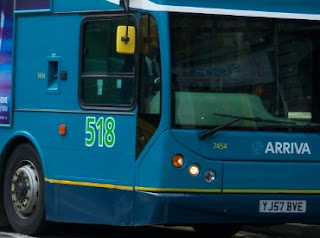 The article also tell us that Jason's bus has "a working 'not in service' sign" although the picture of TIG clear offers rides to "town centre" on route 38.

It also has a gorgeously vintage electronic ticket machine and space for TWO passengers, 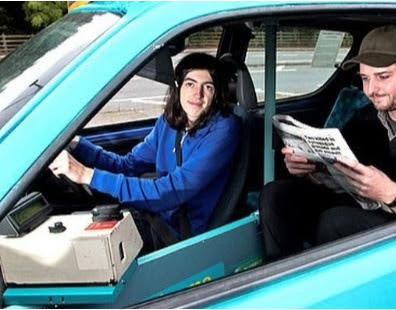 fbb guesses that it is NOT a bus, i.e. registered as a Passenger Service Vehicle, but simply a private car looking interesting.

Bristol Bulletin No 1
Plenty this week from the home of Cream Sherry in Blue bottles. The QBusters, extra buses to cope with heavy traffic and extra pre-Christmas traffic, have begun to appear on the streets. Oddly for a big national company they don't come from First at all but are hired from dealers. 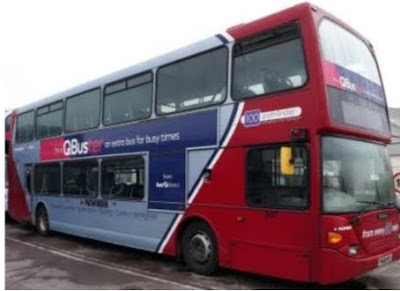 In his piece in this week's staff bulletin, James Freeman refers to the vehicles "striking livery". The 100 on the side gives the games away. This particular batch oif Q Busters has come from Nottingham City Transport where they used to operate ... 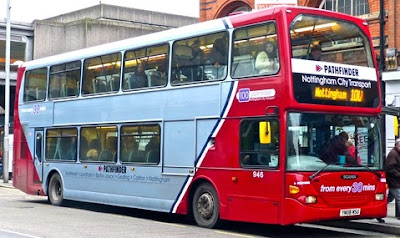 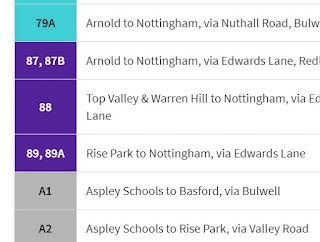 It has been renumbered 26 and incorporated fully in the Carlton Road group of services. 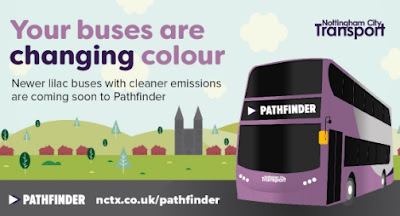 fbb's memory is shaky here, but wasn't "Pathfinder" a brand used to see off a competitor?

It's All A Gas, Man! (Bristol Bulletin No 2)
A phrase from fbb's time as a hippie. 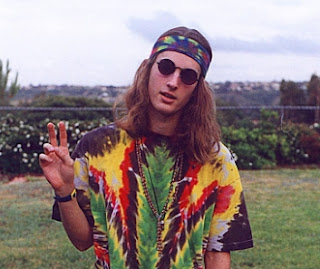 First Bristol will soon be taking a small fleet of gas powered buses and work is progressing at Lawrence Hill depot to provide gas tanks and refuelling equipment. 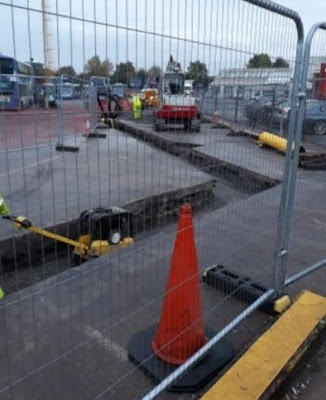 The project will represent one of the biggest investments in gas power in the UK. More when it all starts up. 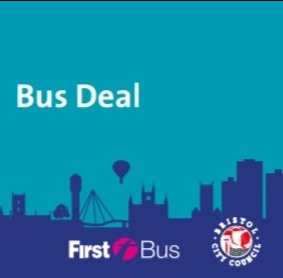 In simple terms the "deal" involves First in improving frequencies on main corridors 0doubling is the aspiration!), low emission vehicles (e.g. Gas, see above) and reduced fares. In return the Council will spend oodles of money on bus priorities on the main roads in the city. 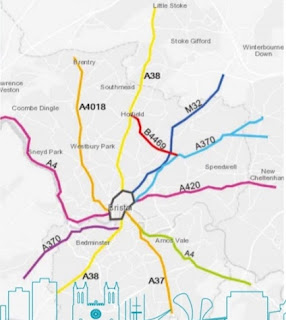 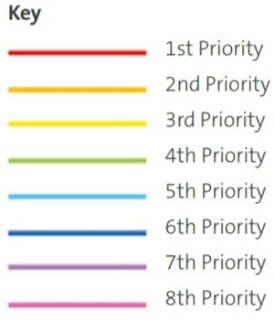 Impressive, eh? Now we all wait to see what happens in practice. Like for example the reduction of Metrobus M1 from every ten minutes to every 12! 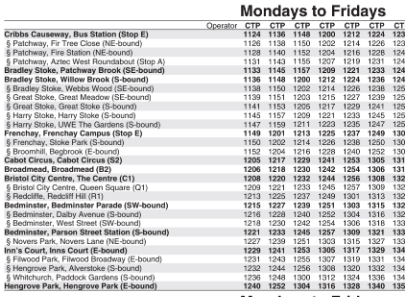 Of course, the M1 is not, technically, a First Bus route - but it is operated by them under contract to a group led by ...

Historic B & B
Last night and tonight the fbbs are staying near Wantage where No 1 son, wife and No 2 grandson reside. (No 1 grandson also resides but is away at the Varsity in Sheffield). They are B&B guests of "The Volly".

For many, many years The Volunteer Inn adjacent to the former Wantage Road station was well known in the area. 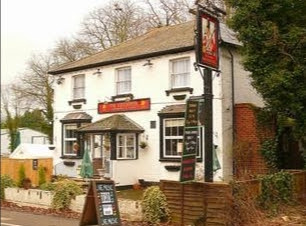 The Wantage Tramway terminated to its left ... 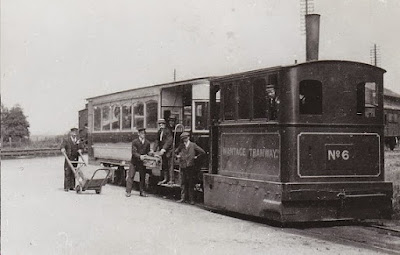 ... whence it carried passengers from the Great Western main line along the roadside to Wantage. The pub closed, briefly became and American Diner ... 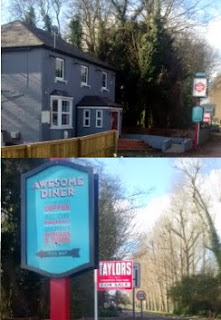 ... then closed again. It has re-opened as a pub under its old name. 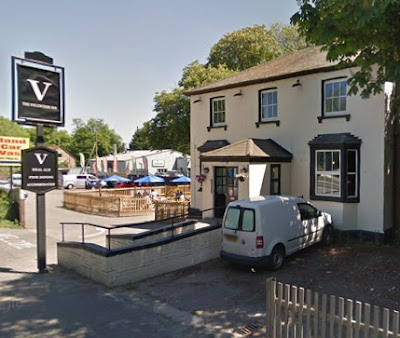 The pub is bottom left in the aerial view below and the former tramway terminus is where the light coloured unmade track reproduces the old station area. 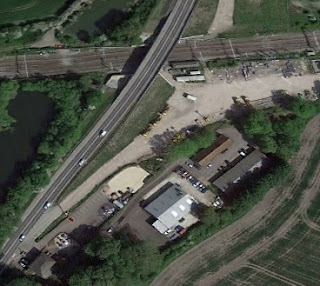 Trainspotting isn't easy as access to the former station site is locked and barred and Notwork Rail's safety paranoia has added an extra chunk to the bridge parapets making viewing from the bridge less than ideal. 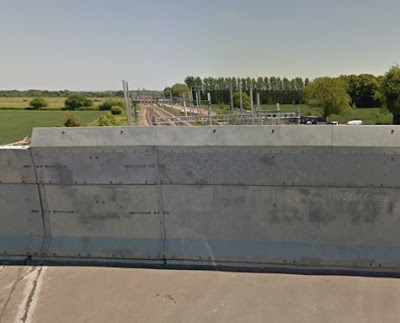 But the WiFi in "The Volly" is vastly superior to the Premier Inn at Lake so the blogs can be done proper like.