Correspondent Roger sent this timetable to fbb suggesting that it might need investigation. In one direction, it appears "normal" at first glance ... 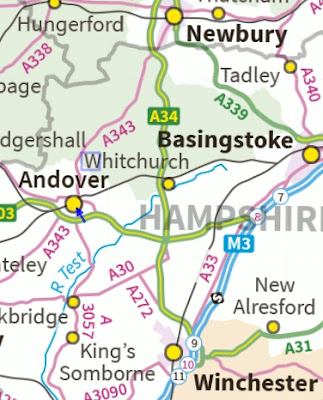 But it is still a 7 despite taking a lot longer end-to-end. The service is clearly a "cost effective" (i.e. cheap) way of giving these "villages" a commuter run into the flesh-pots of Newbury.

These are the attractive stops at Ball Hill ... 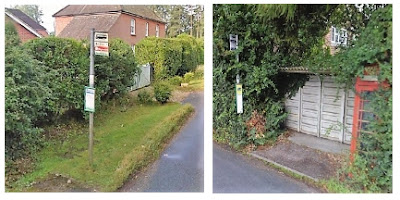 ... and this is the eponymous garage, not easily spotted from either of them! 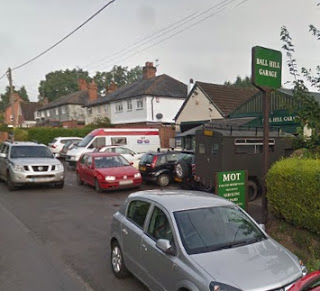 But did our eagle-eyed readers spot the "intersting" feature of the table for the opposite direction? 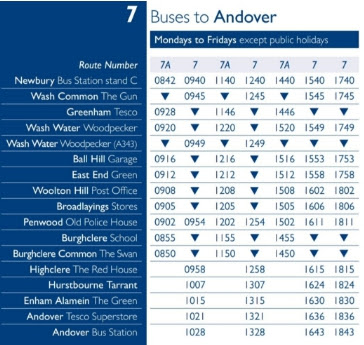 the pattern in similar; three trips via the "villages", two along the main road to Andover, and two Andover journeys diverted via the villages. Seemples?

For some time, there has been a convention that buses that run backwardly out of order have their times shown with brackets, in a different colour or otherwise annotated. Not so the the 7A! 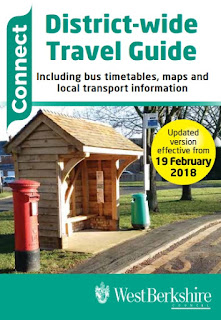 Its timetable for the 7/7A shows something understandable for timings TO Newbury ... 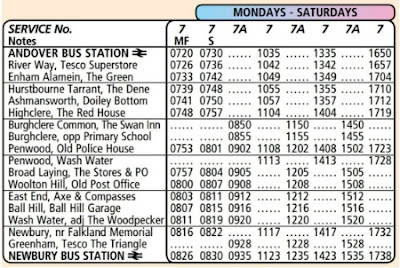 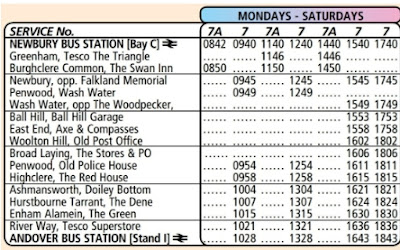 ... you only have the two afternoon journeys which divert there on their way to Andover.

Does a map help? Stagecoach's is no use because it simply fizzles out at the border.

The West Berks book has maps but they are hard to follow, paying only lip-service to geography ... 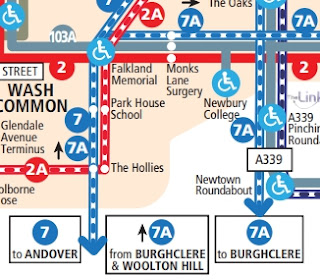 ... and the 7/7A fizzle out at a different border! But good old Hampshire, still one of the best local authorities despite cut-backs, gives us map that begins to make sense. 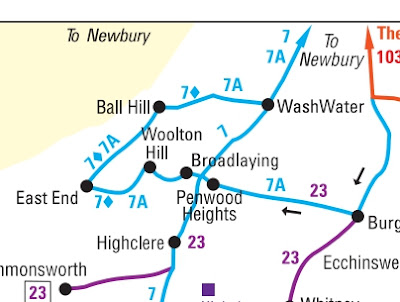 In essence the 7A is a circular, Newbury, Burghclere, Penwood, Ball Hill and Newbury ... 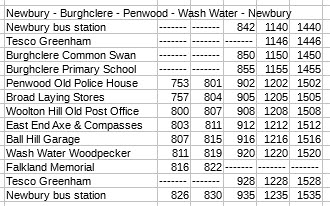 ... with a Monday to Friday and a Saturday version of the "diverted" 7. Seemples - to a point. The service 7 journeys FROM Newbury go "the other way round" but only as far as the A343.

Which leaves two fbb assembled tables for the through 7s; from Newbury to Andover ... 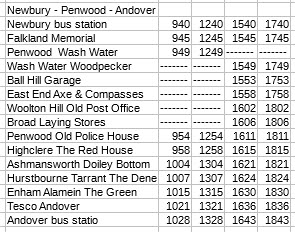 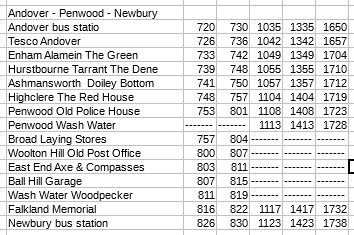 Again, fbb has not added a MF and S note to the first journey of the day.

Surely this is a better way of doing it? Agreed, it takes up twice as much space, but it is more helpful to the potential passenger.

It does seem that, as passenger numbers decline, bus operators, local authority tenderers etc. in a desperate attempt to save a few clods, all manage to make timetables more incomprehensible and off-putting.

As ever, fbb's design skills are offered free to Stagecoach, West Berkshire, Andover and even Hampshire. The latter reproduces the Stagecoach "backward" timetable ... ... and does tell us it is doing it (note b), but, sadly, it doesn't really explain the circulars.

Traveline, of course, insists that you change buses from the 7A to the 7A at Burghclere.

At least it doesn't make you wait THREE HOURS for the connection!

And, if you have forgotten what this is all about, here is Roger's picture of a service 7A at Newbury bus station ... 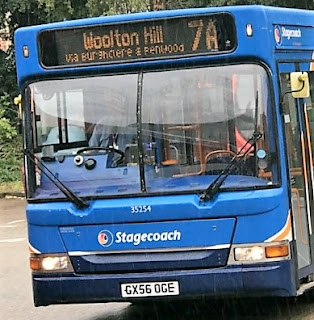 ... showing that it does go beyond Burghclere, despite evidence of the West Berks Timetable. Hopefully at Burghclere it will change its destination screen to show Newbury via Woolton Hill.

Thanks again to correspondent Roger for provoking this exploration and supplying some of the piccies.

Part of tomorrow's posting will also be from Newbury.


Next collection of bits blog : Saturday 18th August
Posted by fatbusbloke at 02:00