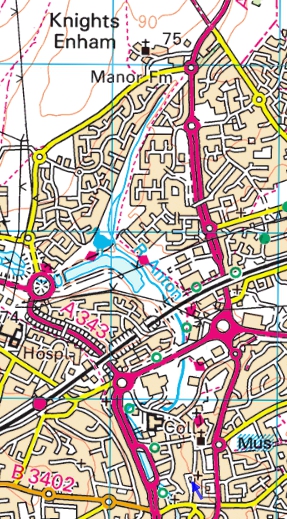 It appears at Knights Enham, but through the town it is not much more than a trickle. 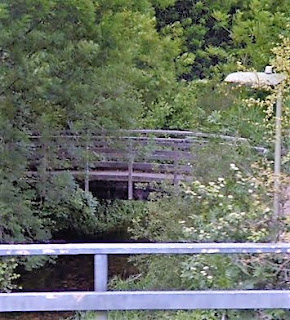 Still trickling, it even gets a name board on a bridge near an industrial estate. 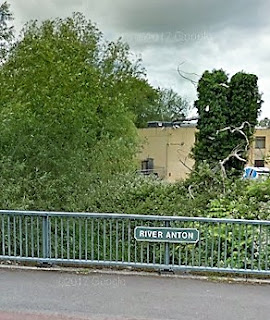 But it soon broadens out, and by Goodworth Clatford it has become a presentable river, popular with trout fisherman. 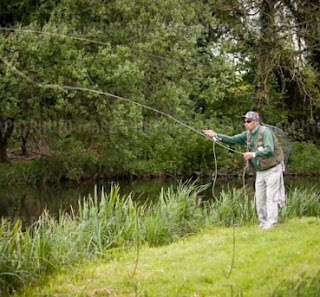 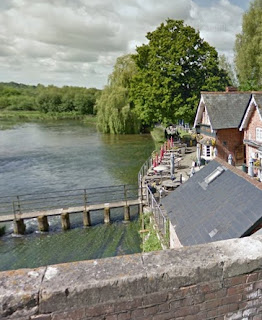 The town, of which the map above shows part, in Andover.

And why the "public transport" interest? Not yet more inane ramblings of the elderly mind?

Not quite. While perusing the interwebnet for "stuff" about Stagecoach's service 7 (see last Friday's posting) this popped up. 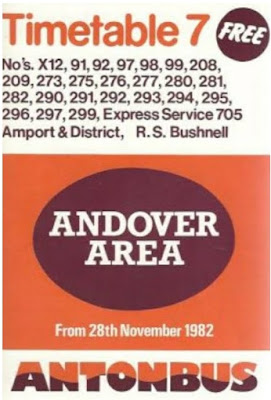 A brief (?) entry into the branding game by a pre-privatised Hampshire Bus. Stagecoach did not continue the experiment! 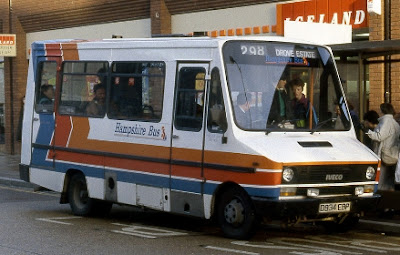 Does anybody know how long the "brand" lasted and whether it ever appeared on buses?

In review the complexities of bus operating companies in Newbury, fbb omitted to mention "The Link" which (he thinks, hesitantly) was once service 78. It was, for a while a joint service between Stagecoach ... 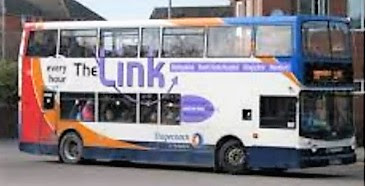 ... and Newbury Buses, then a thinly disguised Reading Buses. 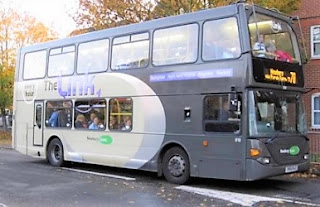 Under various past disguises, the service have never been more than hourly. 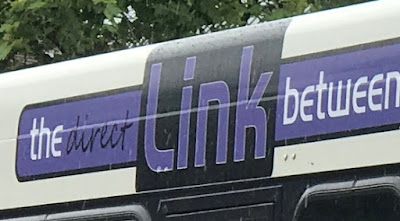 Correspondent Roger was thus surprised, on a recent visit to Newbury, to read this roundel on one of Uncle Brian the Bearded's re-re-branded single deckers. 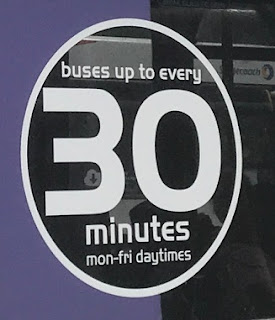 Impressive, thought he, a doubling of what is essentially a rural link. 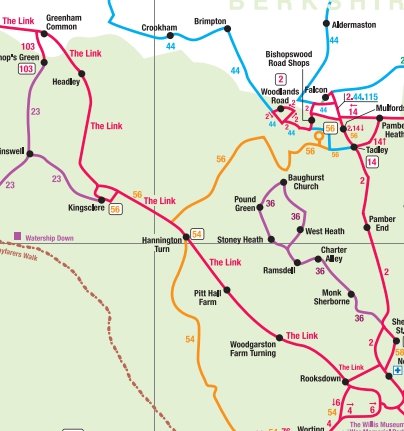 But it isn't and it doesn't. 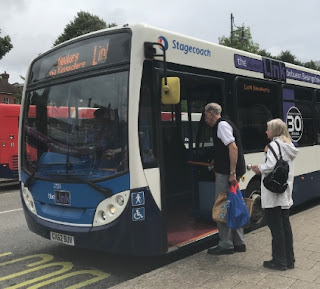 The through route remains hourly Monday to Saturday with no Sunday journeys. On Mondays to Fridays (only!) the service runs half hourly between Basingstoke and Kingsclere, continuing to Newbury every hour. 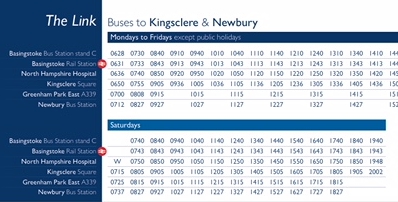 So it is "up to" up to Kingsclere. Whilst the "up to" roundel is technically correct (albeit over only part of the route) some might accuse Stagecoach Hampshire of some "optimistic" marketing.

fbb is always wary of any label that says "up to" with a frequency; it is often only a half truth in practice. 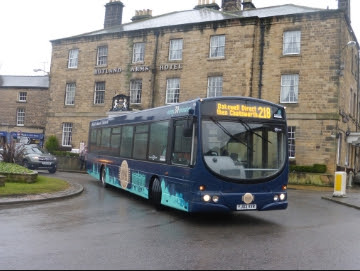 Bus watchers were surprised when T M Travel upped their hourly service 218 between Sheffield and Bakewell to every 30 minutes. Never in the long history of the route(s) has it ever been even hourly pre T M T! Not only that, but for the Summer season, traditionally the whole period of British Summer Time, it became half-hourly on Sundays as well.

But not any more.

Without a specific announcement (other than a note about timetable adjustments to improve reliability - i.e. a few minutes additional running time) the winter reduction comes in on 2nd September. two months earlier than previously. 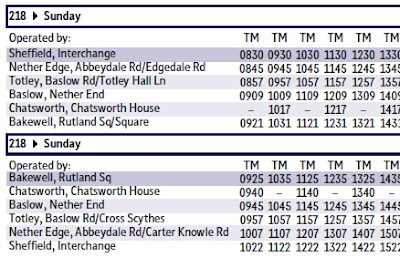 Will the 30 minute headway return? And when?

Delightfully Dotty Day
Yesterday was the annual Imberbus knees-up. Imber was, before World War 2, a delightfully remote village in the middle of nowhere on a road from Warminster. 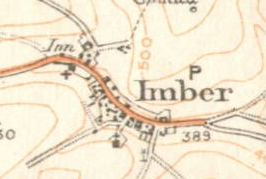 But, like the Monty Python Parrot, it is no more - annexed by the military so that the soldier-boys could fire their big pop guns at it and around it. Today's map of the area is blank. 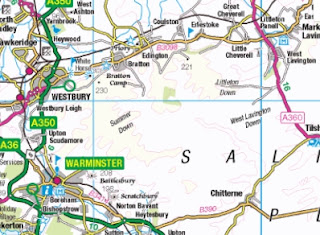 Occasionally the roads and the village are opened to the public. 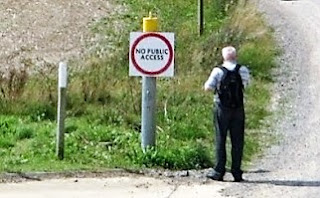 Yesterday was one of those days, when an expected 23 London buses operated a frequent route 23A on a licence held by The Bath Bus Company, part of the Paris City Transport company! 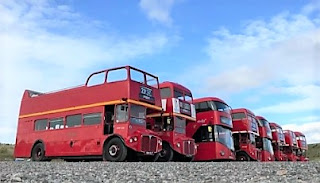 23A was, long ago, the route number of the real bus service to the real live village.

You have a London style "Panel Timetable" which you don't get in London any more ...

... and you have a London-style route map which Transport for London won't let you have any more. 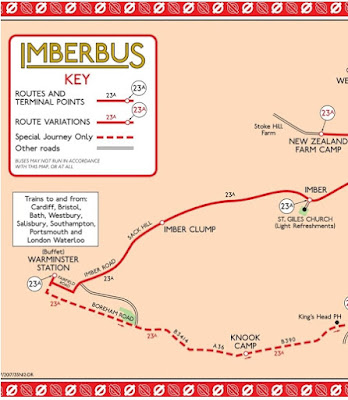 And you have a steady parade of London Buses, often driven by senior London bus manager and ex-managers with proper conductors, proper fares and proper tickets.

To cap it all, you have big red London buses whizzing down what are little more than farm tracks, taking their excited passengers to the ghost village (a much rebuilt ghost village) of Imber. 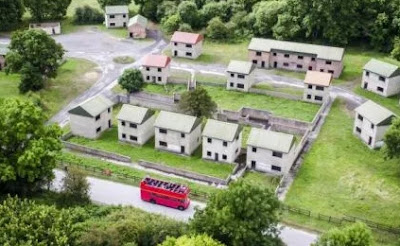 The church, thankfully, remains out-of-bounds to the military. 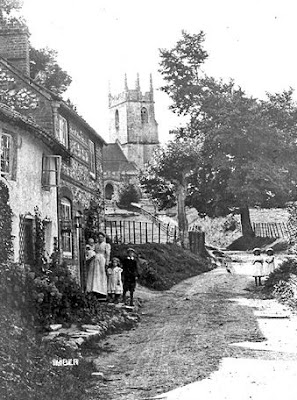 Now an annual event it can only be described as an enjoyable example on British eccentricity.

Tomorrow we are off on our European travels again.


Next Bavaria blog : Monday 20th August
Posted by fatbusbloke at 02:00