Adding double track to the "main line" (Ha!) at Peterville Quarry Railway necessitated a rejig of the backscene with a retaining wall now holding up the plywood hills. 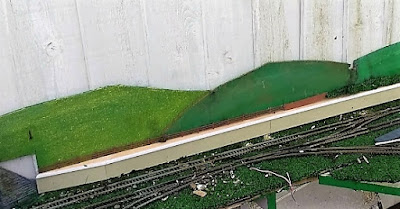 But what to do with the signal box which was placed where the second track and the wall now stand proud? A model railway needs a signal box but a site in front of the tracks would have impeded the giant hand that currently changes the points.

His little box began life as a Hornby kit ... 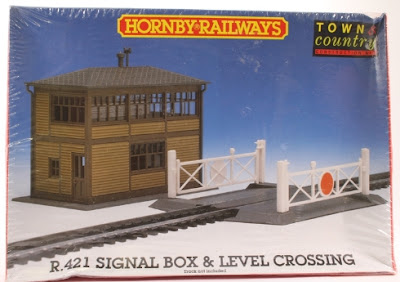 ... claiming, at one stage, to be a model Dunster signal box; which it probably wasn't. Be that as it may the model has now re-appeared as part of the Fordhampton Range from Gaugemaster. 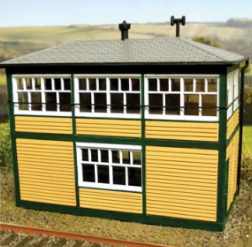 Be that as it may, fbb chopped a chunk off his model to make it more appropriate for a small station. 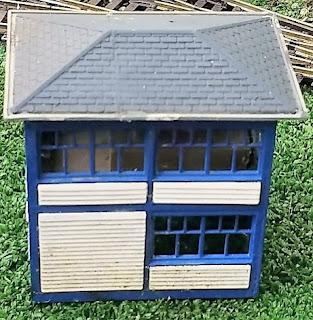 But where would it fit? Answer, go to Wylam (west of Newcastle upon Tyne). It has a distinctive box built on girders over the track. 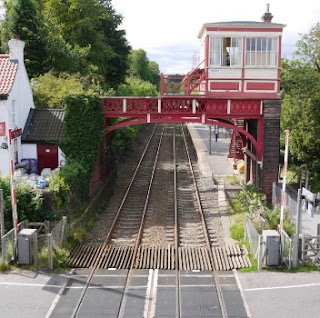 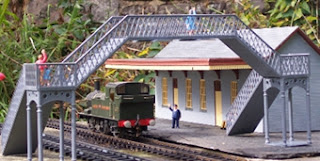 Using a few bits from an aborted O gauge footbridge kit, a raised platform was constructed with considerable help from No 2 grandson whose fingers are less stubby and less shaky than those of the old man. Precariously balanced on offcuts of timber, the model took shape. 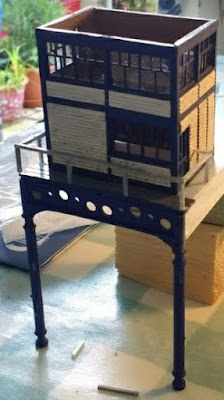 Grandson added the glazing and built the very fiddly railings for which many stubby fingered thanks! The (nearly) finished job is seen in place on the nearly finished retaining wall. 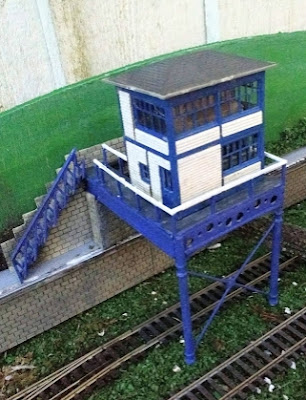 Now all fbb needs is some signals! 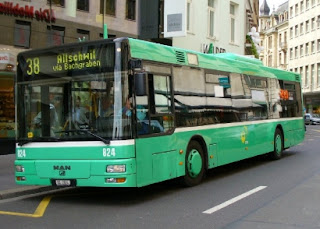 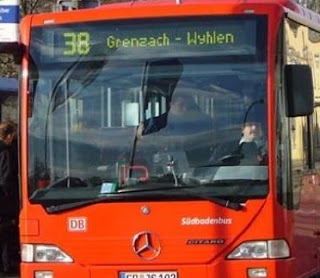 It runs cross border from Switzerland into Germany as a portmanteau 38/48. No 3 son (who works near the route) remarked that the on-board information screens seemed to turn blank as the bus crossed the border.

Now the clever folk have come up with spiffing a low-tech solution. 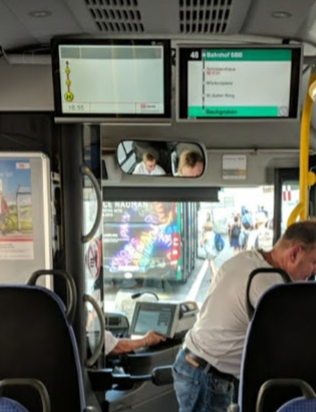 An Intriguing Greetings Card
The rubric says it is a view of Poole Quay. 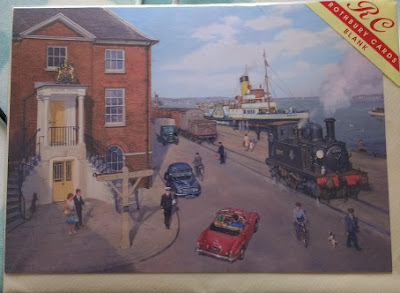 It doesn't look like that nowadays. The custom House is still there ... 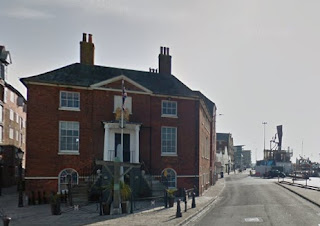 ... complete with regal crest above the door. 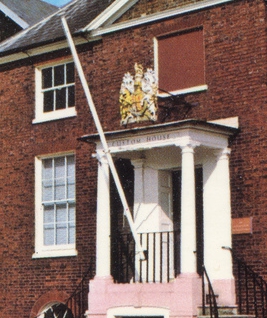 Boats still leave from the quayside, but locally to places like Brownsea Island ... 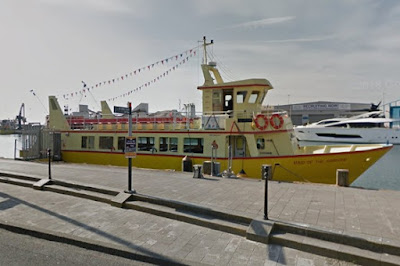 ... but there is no sign of any railway! But it was there, once. This photo is from about the same time as the painting that forms the basis of the card and available as a jigsaw puzzle. 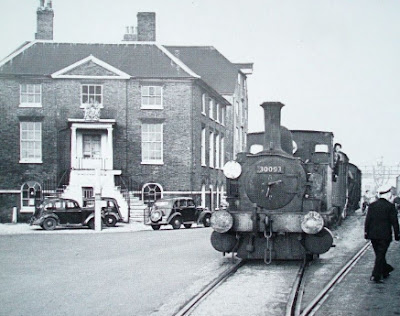 The diminutive loco is well documents and lasted until 1959 ... 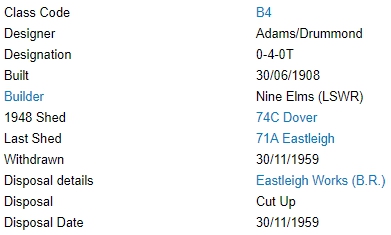 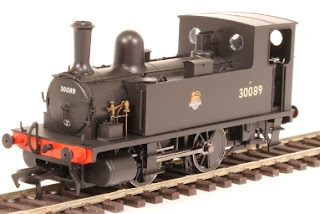 An old OS map extract suggests that the line was a siding which ran from the station along the road shown as "dashed" orange (West Quay Road) ... 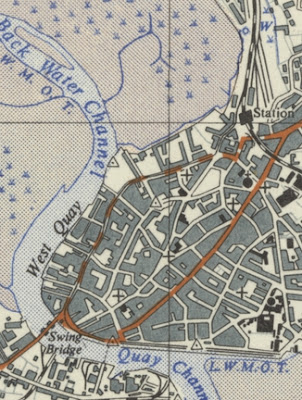 The boat took fbb a little longer to identify. But close scrutiny of the actual card reveals a name. She is the Embassy ... 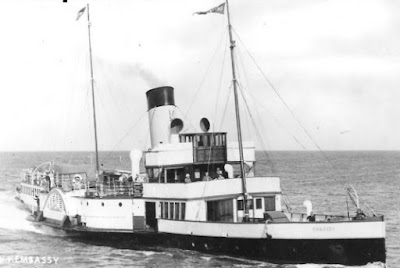 ... operated by Cosens of Weymouth. Originally a Southern Railway vessel as The Duchess of Norfolk, she was acquired by Cosens in 1938 and lasted until 1967. She was the last of Cosens cruise ships.

Tomorrow we return to Sh*ff**ld once again to investigate a secret bus service.