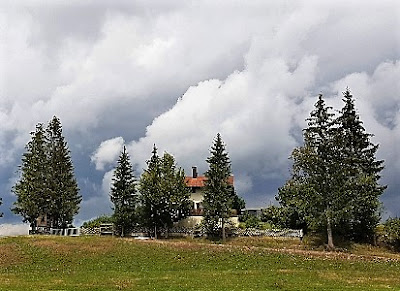 
The family flew to Munich (München) and hired a car, whereas No 3 drove all the way from Basel. 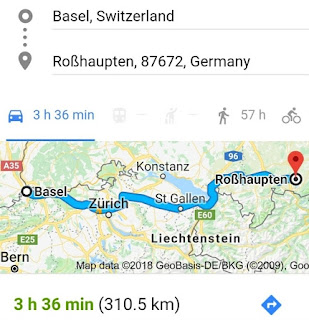 The house was at Rosshaupten, which fbb had never heard of, but it was near some places which the old man did know about - a bit. 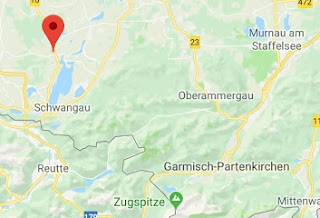 There was Oberammergau (passion play), Garmisch-Partenkirchen (1936 winter Olympics) and Zugspitze (Germany's highest mountain). Not far away is the world-famous Neuschwanstein Castle ... 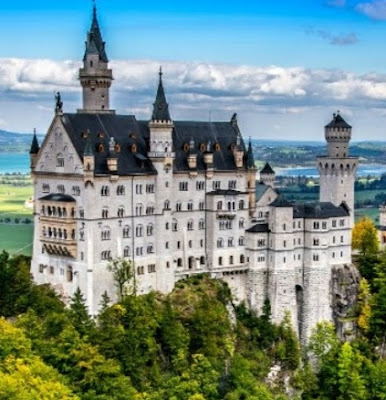 Neuschwanstein Castle is a 19th-century Romanesque Revival palace on a rugged hill above the village of Hohenschwangau near Füssen in southwest Bavaria, Germany. The palace was commissioned by Ludwig II of Bavaria as a retreat and in honour of Richard Wagner. Ludwig paid for the palace out of his personal fortune and by means of extensive borrowing, rather than Bavarian public funds.

On busy Summer days as many as 6000 people can visit. Guess when "the gang" chose to go!

But, in true family fashion, No 1 son sent some holiday snaps ... 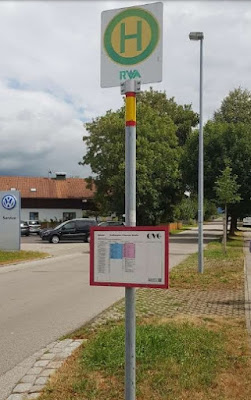 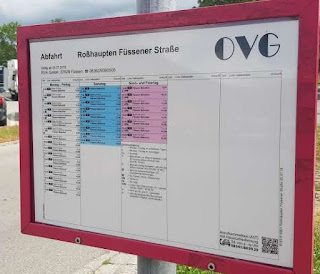 ... a close-up of the timetable frame. Now fbb last visited this area at the age of 14 with mummy, daddy and little sister. Exploration of public transport was not high on his agenda back then and, anyway, he would not have been permitted to "explore". So this bus stop is fresh information. 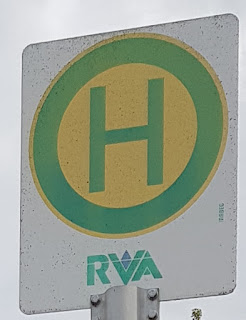 ... but a different logo in the timetable frame.

We have a company name which matches the "flag" logo ...

And we have departure lists for Monday to Friday ... 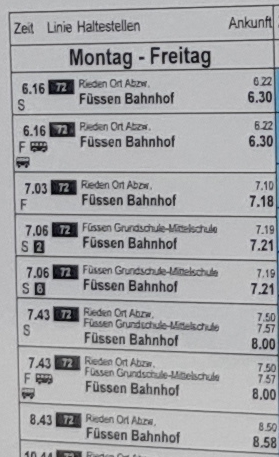 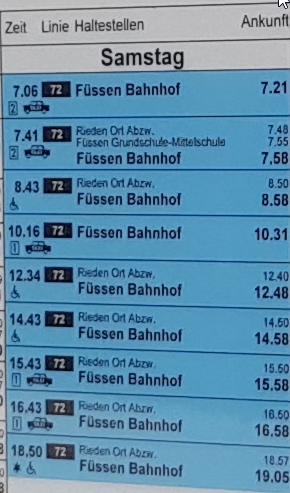 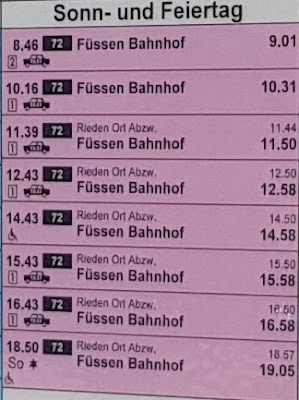 A background tint makes sure we cannot mix up the day sets. One immediate and obvious note is that RVA has no truck with fixed interval timetables - even on Saturdays and Sundays. Also on Mondays to Fridays we have many apparently duplicated journeys. But, for comfort, every journey goes to Füssen Bahnhof. 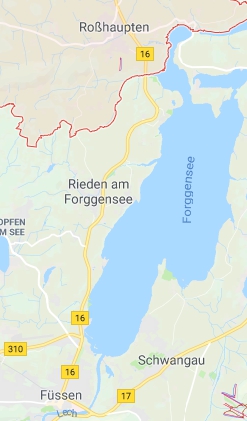 No 1 son, sadly, failed to snap the stop for the other direction which is much, much more complicated! You can't get the staff, you know!

Before we look in more detail at the service provided by RVA, it may be worth taking a trip up to Schloss Neischwanstein. 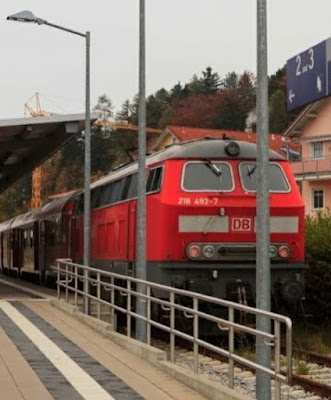 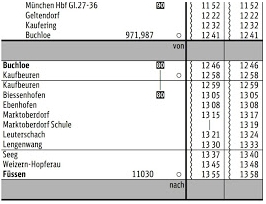 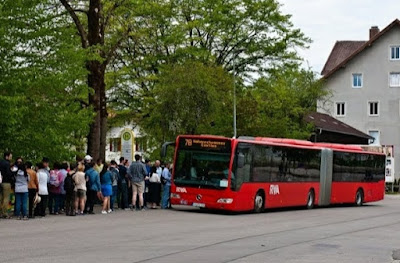 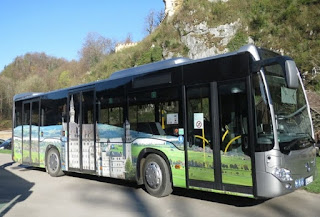 This takes you as far as the spectacular Marienbrücke whence you have a 15 minute walk down hill to the Castle. 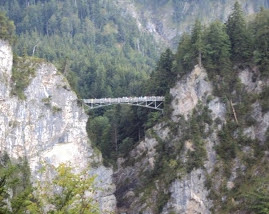 Alternative a carriage (BROWN on the map below) ... 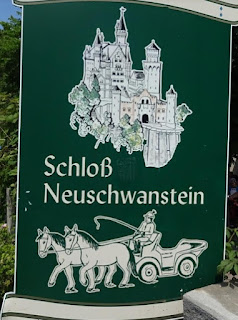 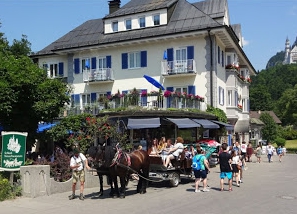 ... to a point near the Castle from which you walk up hill for about 10 minutes. 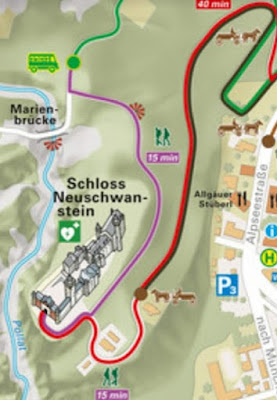 And make sure you buy your tickets from the special shop in Schwangau; they are not on sale at the castle!

And best not go in peak summer as part of the probable 6000 visitors a day.

Tomorrow we return to Roßhaupten and take a closer look at route 72 and how it operates. (Has fbb found that special "double S" character still used in some German fonts?)

In German orthography, the grapheme ß, called Eszett, represents the [s] phoneme in Standard German, specifically when following long vowels and diphthongs, while ss is used after short vowels. The name Eszett combines the names of the letters of s (Es) and z (Zett) in German.

Not a lot of people know that.


Next Roßhaupten blog : Tuesday 21st August
Posted by fatbusbloke at 02:00