Due to lack of an accurate map (QED!) fbb misplaced the Exeter Science Park. It lies to the east of the M5 on the "old" Honiton Road. 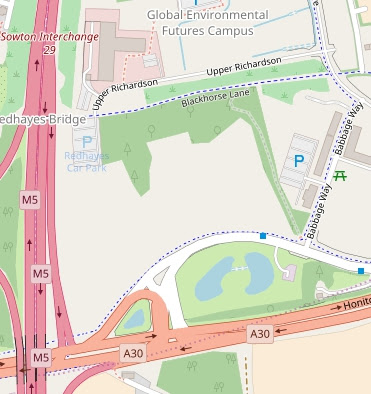 There it is, centre right with an appropriately named road, Babbage Way. Stagecoach is now shown to be correct. Currently served by the 4 grounp of routes to Cranbrook, Honiton and Axminster, it will be joined by the diverted half hourly 56 journeys from the September timetable change.


There is doubtless a bit more to the Science Park since Google Streetview's car passed by! 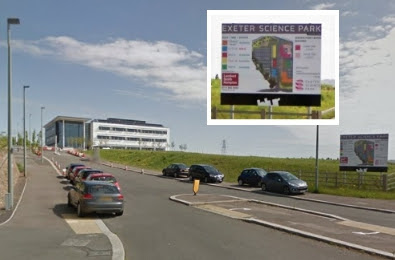 Thanks to correspondent and Exeter resident Karl (and others) for the revelation. The same problem may apply in today's blog - but here goes.

Exeter City has always had route letters, not numbers. Some of the letters do match the ultimate destiantions (P - Pennsylvania) but fbb does not know whether this was historically the intention. The title of this post gives the clue that the big change in the city is to routes J and K.

Currently they both run in a sideways "U" shape from Countess Wear via Topsham Road and the centre ... 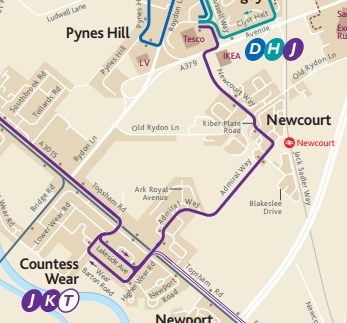 ... with J being recently extended to serve the new IKEA store, located on the opposite side of the A379 from Tesco.

fbb is deeply saddened to report that he has never visited an IKEA store but understands that their meatballs are delicious! 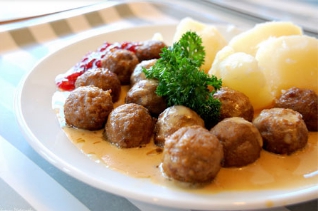 The J joins the H and D to terminate at the aforementioned Tesco. 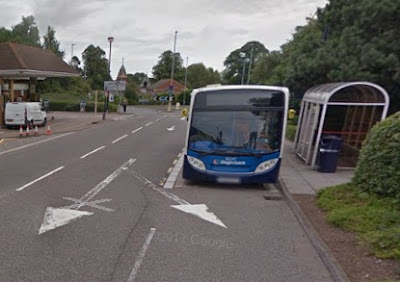 The other end of the routes runs via Pinhoe Road is to Whipton ... 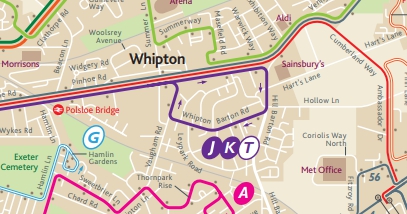 ... serving the estate known as Whipton Barton. The current timetable is reasonably straightforward with a ten minute frequency from Whipton to Countess Wear ...

... with Js continuing every 20 minutes.

In very simple terms, from 2nd September the two ends of the J will be joined ... 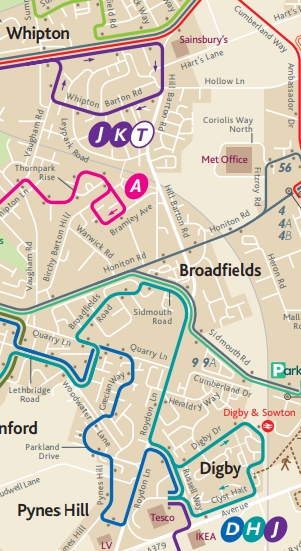 ... via Hill Barton Road and Roydon Lane to create a mega-circular.

As with the 56 change, the Stagecoach web site is effusive in its description of what will be happening. 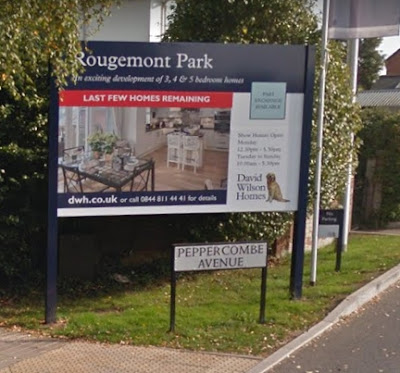 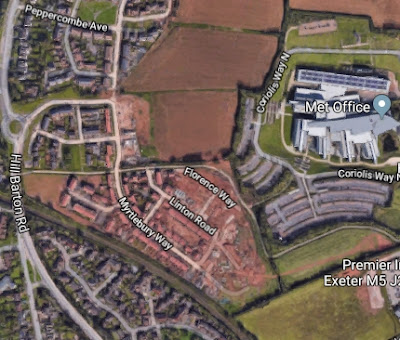 Aha! So, yet again not a brave commercial venture from Stagecoach, but a sub from a developer. This estate fills in the gap between the Exmouth branch railway line and the Met Office which we "met" in yesterday's blog.


Correspondent Karl (from Exeter) is less than happy with all this.

But the destination blinds (already updated) and timetables do not give any clue which way which bus runs so you have to know which side of the road to wait on. This is do-able on Sundays and evenings but the terminating journeys can only be figured out by looking to see whether your bus forms a bus back to town. 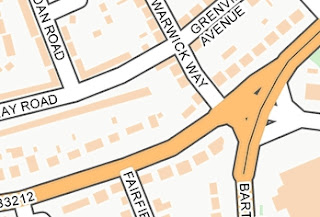 What's worse is that if you wait at Warwick Way only terminating evening and Sunday buses serve that bit of route now so you really do have to know which bus goes which way and only Traveline all stops timetable tells you. Looks like Travel South Yorkshire have helped stagecoach with this timetable!

Funding from the emerging Tithebarn development will allow Route K to be extended from Whipton Barton to Cumberland Way, Tithebarn Lane and Exeter Science Park. It is anticipated that the route will evolve in future years to serve other developments in the area. Buses will continue to run every 20 minutes along the extended route. 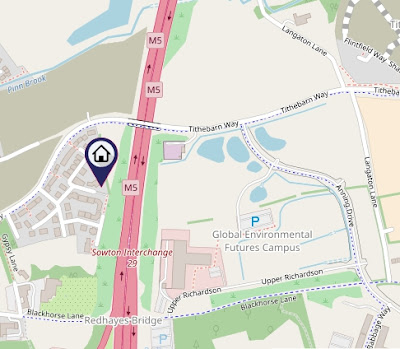 Lookee here; if you travel east from Whipton, you can motor along Tithebarn Way, which becomes Tithebarn Lane and looks decidedly uninviting on Streetview. 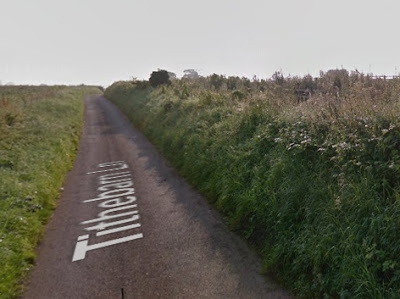 This will take you to a new development at Tithebarn Green (above map, upper right) and somehow get you to Anning Road (map bottom right) whereat is Exeter Science Park where we were with the 4 and 56 yesterday.

There, in the forthcoming timetable, are the K buses to Science Park which might or might not go along roads or through ploughed fields.

The new K is shown in Traveline as not initially going to run full route ...

... yet on Stagecoach site it says it will.

Karl wonders what will actually happen in September - fbb, without a map, is VERY confused. Any offers of an explanation?

Meanwhile we need to record that one Ex-Citi service gets a significant chop. 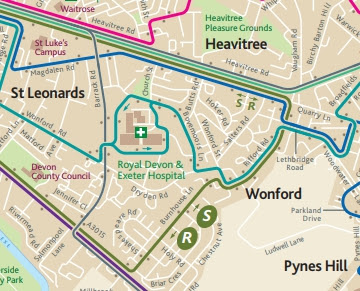 Due to the significant increase in the number of buses serving Heavitree Road, R and S frequencies will be reduced from every 12 to every 20 minutes in each direction. They will still combine to give a 10 minute frequency from Rifford Road to the City Centre. Routes D and H also provide alternatives from some parts of these routes.

Has fbb missed something? Significant increase in buses using Heavitree Road? That's one additional service 56 to the Airport, isn't it? All other frequencies are the same.

Of course some might say that the R and S were being chopped mercilessly to provide the extra buses for the new I and J and the new 56.

But please, Stagecoach, let us have updates maps a s a p - because most of us are getting very confused.

Tomorrow we take a trip to a new University.