Thanks to correspondent Keith for spotting this in Colchester. But first, some background. Colchester has a splendid Park and Ride site; by public transport standards shiny and relatively new. 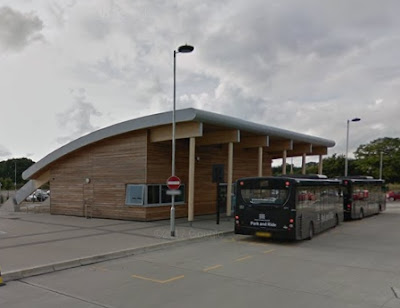 It is just off the A12 to the north of the town, lying opposite the JobServe Community Stadium. 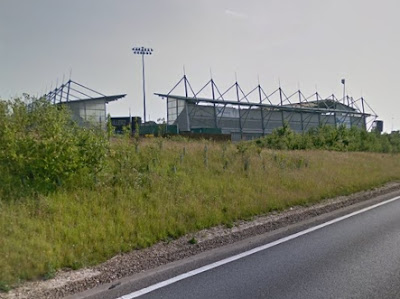 In passing, note the name "Mile End" opposite the hospital at the foot of the Google aerial view. 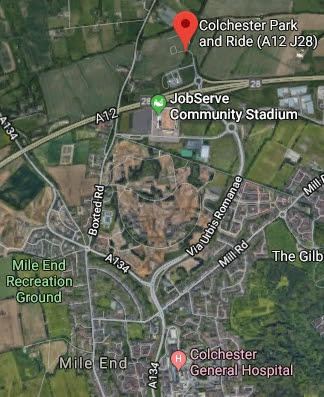 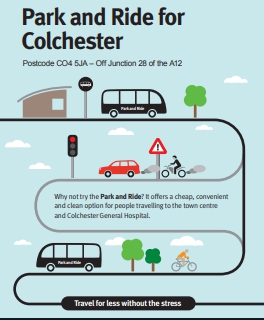 ... with a map which implies that the site is to the west of the town.

It also serves the Hospital which is opposite "Mile End" on the aerial map. 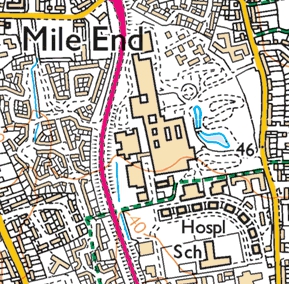 Arriva runs the buses on behalf of Essex County Council and, surprisingly, they show "Park and Ride" on their electronic "blind" display. 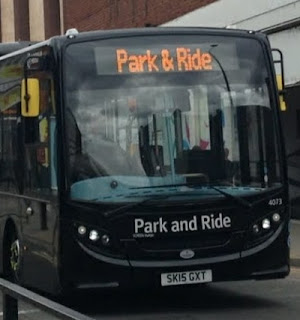 They are on the "loop" as per this old Essex bus map (top left and bottom centre). 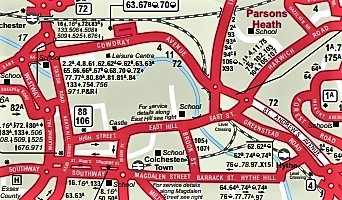 So not very helpful, Park and Ride Map!

Colchester has some jolly pretty "real time" (unreal?) signs round the loop. So what do you look for when seeking out your Park and Ride Stop for the Park and Ride Bus, showing Park and Ride on its blind?

No mention of Park and Ride - that would be silly. It is shown as service "P" to Mile End ... 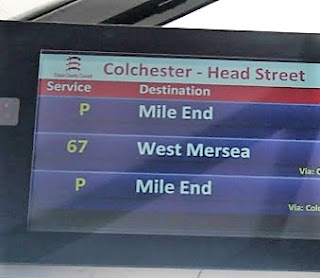 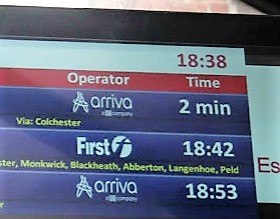 But the best news of all is that the signs show the Arriva logo (silly) and if you take along your step ladder and "powerful binoculars" (German, of course, as per TV's "Allo Allo") you will spot that Arriva is a DB company - essential information for those returning to their limos somewhere a good distance beyond Mile End. 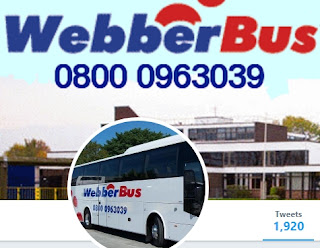 Despite the evidence of its Twit site, Webberbus went phut in May 2016, having been a thorn in the side of First Bus (Buses of Somerset) for many a weary competitive year. 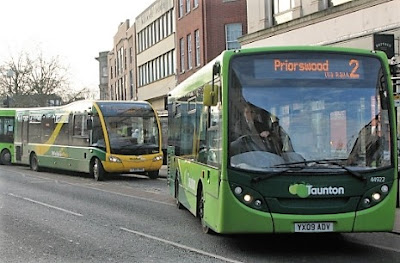 This is Tom Weber - no connection and less a "b". 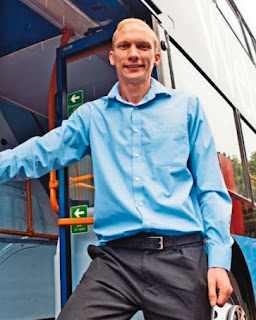 He has ignored all advice and failed to take the pills. He has started a bus company.

He has come to an arrangement with Bedfordshire operator Grant Palmer. His shiny blue and black decker ... 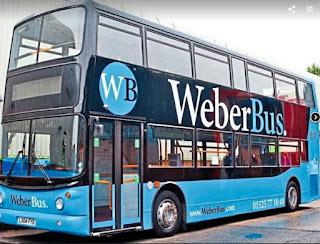 ... used to belong to Grant Palmer and Grant's "lads" repainted it for him. 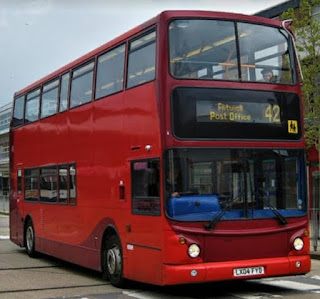 And before that it was with Stagecoach in London. 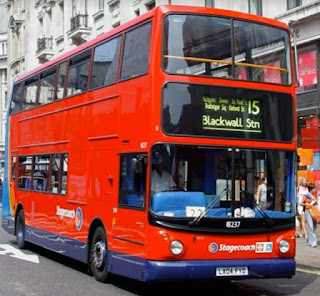 He has got a bus route, which also used to belong to Grant Palmer ... 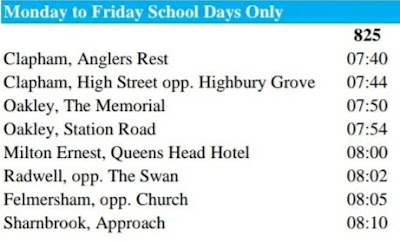 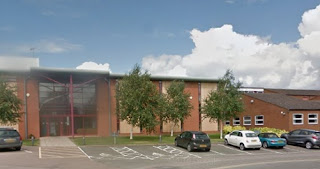 ... and brings them home again!

And he is fully booked. 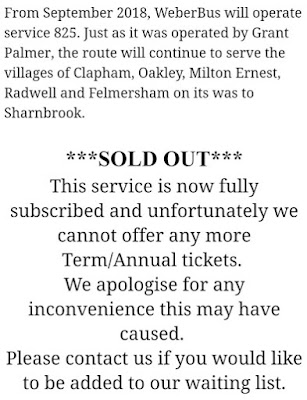 The problem with schools work, even fully booked journeys, is that it is rarely enough to pay the bills; and finding stuff to do between school runs is not easy.

But all grist to his mill - Tom has made a start.

Badgerline Re-Born
Just a quick note to say that First in Bristol have now had a "formal launch" of the new brand for Weston-super-Mud.

The Great and The Good were all there, including a former director of the original privatisation company. Pity they are obscuring the badger on the single decker. 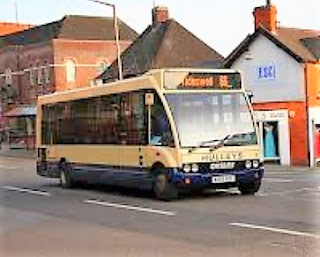 But the chumminess is real with interavailable tickets.

Would there be publicity at Buxton, way out on an operating limb? Answer yes. A joint poster in the timetable frame at the Sylvn Park terminus ... 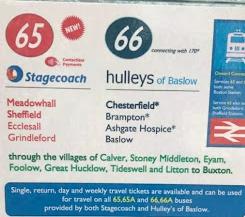 ... which includes details of the various day and weekly "rover" tickets. 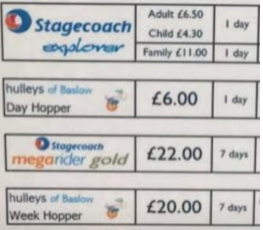 Terms and conditions are displayed alongside the fares. Please note that £6.50 for a DAY for stagecoach is excellent value, allowing a spiffing round trip from Sheffield to Buxton, then to Chesterfield and back to Sheffield by any of four different routes. Ace!

Thanks to correspondent Julian for sending the poster picture.


Next "Collection" blog : Sunday 19th August
Posted by fatbusbloke at 02:00