What was fbb writing yesterday about the frailty of memory? This picture of the imposing front of UON's Avenue Campus was NOT the Technical High School ... 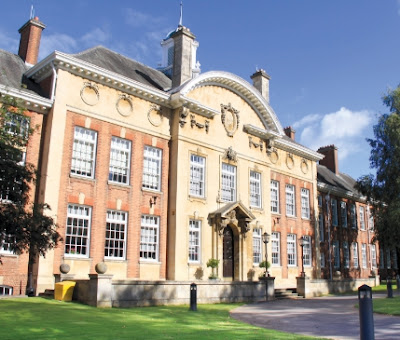 ... it was the Girls Grammar School, now moved to the outskirts of the town. The tower block of the Technical High School was on the same campus (although we didn't have them for schools back in 1958!) but round the corner on Trinity Avenue.

The site is now occupied by the Malcolm Arnold Academy (i.e.School). 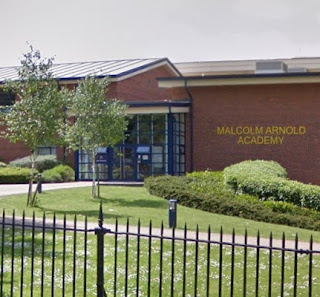 And a small(ish) fbb did not have the choice of going to "The Tech" because it opened three years after he arrived at the Boys Grammar. He did meet the "Girls" (strange creatures in those days) when he signed up for ten lessons of ballroom dancing. The requisite number of female partners were imported from St Georges Avenue.

The lessons were not successful. Getting the simple steps right was no problem, but turning corners was beyond the young-un.

The Badger Awakes From Hibernation! 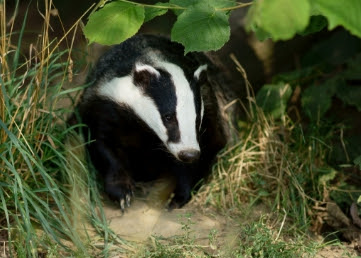 Most bus companies, when privatised and sold off in the 1980s, retained something of their traditional name; but part of Bristol Omnibus awarded itself the mysterious label of "Badgerline". It was certainly different! 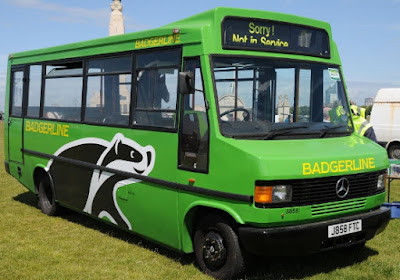 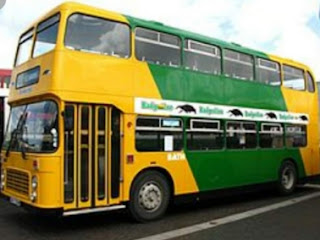 ... but the yellow and green in various combinations remained. Badgers appeared on other companies in the group. 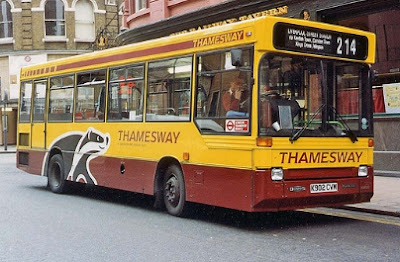 But it was all culled after the merge with Grampian led to the boring barbie of First Bus. A badger did re-appear on the commemorative single decker of First Bristol (and thereabours). 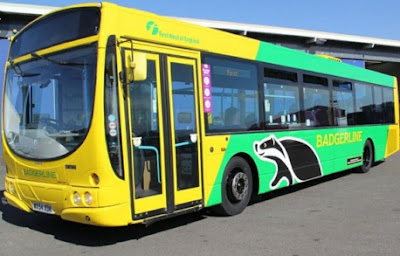 But news now breaks that, in yet another re-brand and promotion scheme, buses operating in Weston super Mud are being repainted and labelled as ... ta da ... 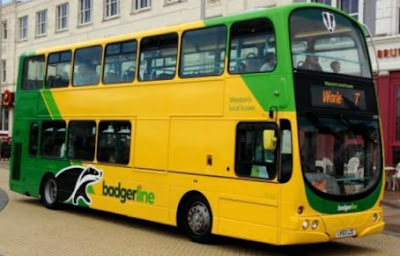 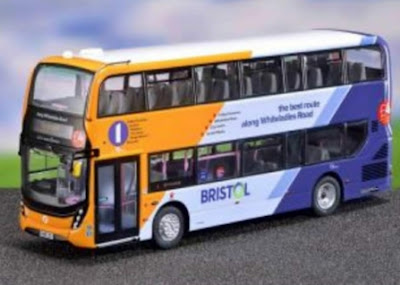 The model will retail at about £50 (OUCH) but First Bristol staff can have one for £35 (LESS OUCH). Can fbb be an honorary staff member if he is even nicer about the wonderful bus service in Bristol?

New Brizzle Argot - Or Just A Silly Ideal**?
Pictured at a stop in Old Market recently. 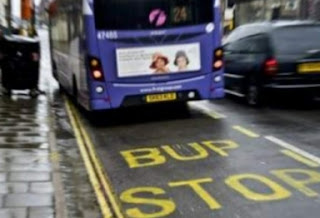 It was quickly corrected. BUP STOS would have been better!

Shared Journey Shared (Twice)
Occasional correspondent Roger had written elsewhere about his lack of enthusiasm for the latest craze whereby you hail your dial-a-bus on an App. He confiently predcuts that "App-a-bus" will fail as did its older ancestor.

But on a recent visit to Sittingbourne where "Click" is the Arriva version of the doomed craze. Roger made two journeys, both of which involved unimpressive delays, BUT - shock horror of shock horrors - both trips carried Rog and ONE OTHER PASSENGER. One young lady ... 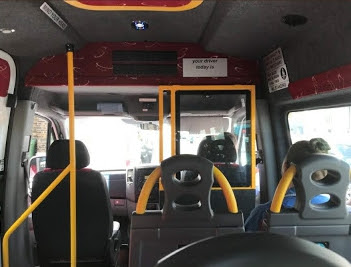 ... was a District Nurse using Arriva Click on her rounds. 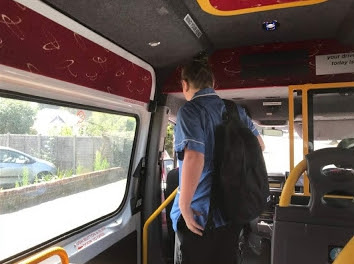 The other journey participant was a young man, purpose unknown. Roger reckons the "takings" worked out at about £7.50 per hour, so a stonking loss.

Q E D
Not Guildford, Now Kemsley
Whilst at Sittingbourne, Roger spotted one of these ... 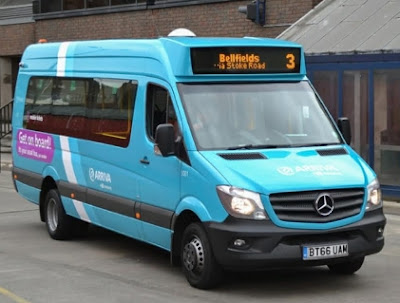 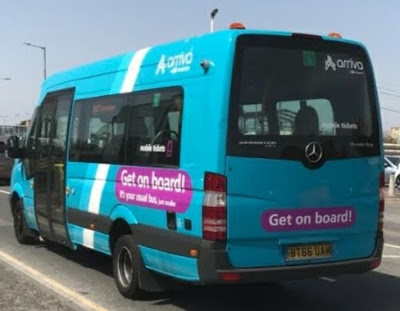 With excellent use of the electronic blinds ... 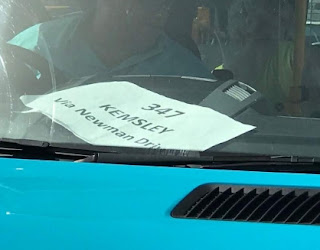 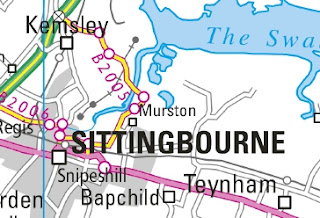 The journey was not heavily loaded.

A Blast From The Past
When fbb was still at school, he attended Northampton Crusaders bible class. Together with a few chums (including Northampton correspondent Alan) he started a little Model Railway Club, meeting on alternate Mondays.

It held a couple of exhibitions of very low quality and fbb's end to end OO layout (Cranleigh) was joined to Mike's to make a "continuous run". He called his Ockley and Ewhurst. (Geography experts will spot the link)

fbb had long since lost touch with Mike, but via a convoluted chain of internet, ancient picture of young fbb and a chance recognition, Mike has been back in touch. Amongst the glorious nostalgia, Mike reports that he, like fbb, has returned to railway modelling in his "old age" - a few years less old than you esteemed blogger.

Mike has descended to N gauge (2mm to the foot, 9mm track gauge and too fiddly for fbb's podgy digits) and he sent a picture. 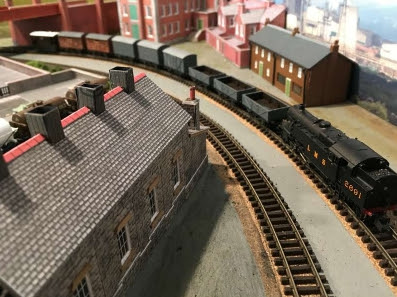 Encouragingly for fbb and his outdoor efforts, Mike's layout isn't finished either!

But the rematch is telling evidence of the wonders of the internet, and a significant reminder of the joys of a shared hobby. The "gap" is about 50 years.

Next News-bites blog - Monday 13th August
Posted by fatbusbloke at 02:00