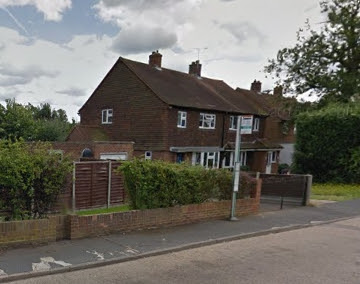 This is the unassuming terminus at Bellfields to the north of Guildford. 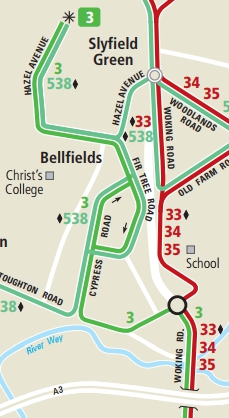 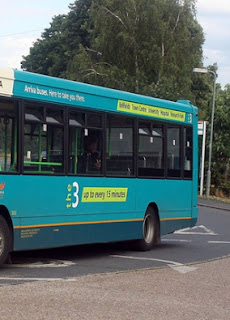 ... run by branded or unbranded Arriva Kent and Surrey buses. 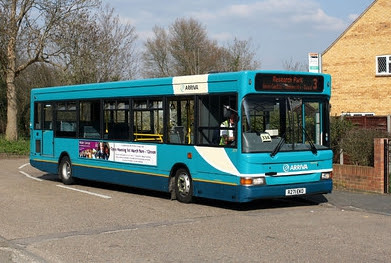 It even managed to attract some newer motors. 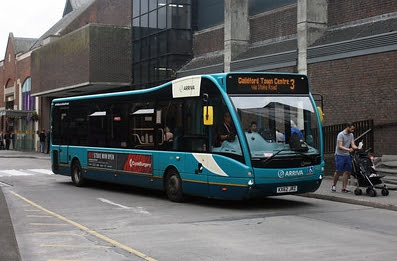 The timetable had a cut back to every twenty minutes ...

... noting that, as is often the case with Arriva, some buses run to Friary Bus Station at morning peak whereas most of the service terminates at Friary Bus Station. The people of Guildford must be confused to have two bus stations both called "Friary".

Then, in a shock decision, something happened earlier this year.

Reduced-size bus service from Guildford town centre to Bellfields is causing 'increase in isolation of the most vulnerable'. Arriva Buses introduced new minibuses on its service between the town centre and Bellfields in April, but a petition has been launched to bring back the old vehicles.

And the new vehicles? 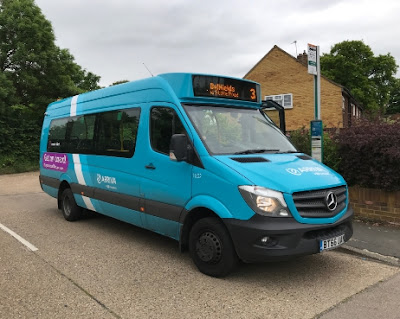 You've guessed it; minibuses like Stagecoach's "Little and Quite a Bit Less Often" in Ashford. But unlike the Ashford development, there was no increase in frequency. This was a really daft decision and the folk of Bellfields were justifiably miffed.

Meanwhile Arriva started a brand new service to Horsham alongside its existing route 63, but following a different route. 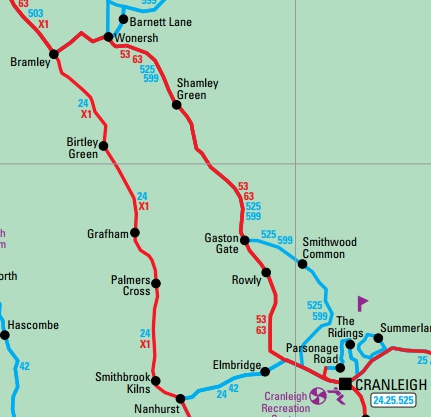 We're launching a brand new coach service between Guildford and Horsham on Tuesday 2 May 2017 and to celebrate the launch we've got a great introductory offer that will let you try the new route for just £3 a day!

These comfortable coaches will complete the journey in under an hour, with departures approximately hourly each way all day, Monday to Friday. They will call at Shalford, Bramley, Alfold, Rowhook and Broadbridge Heath so will be fast and direct.

The 63 takes about 20 minutes longer whilst the X1 only runs on Mondays to Fridays but takes under the hour.

fbb has searched on-line for pictures of the "coaches" on the X1. Nothing. There were, however, pictures of buses. 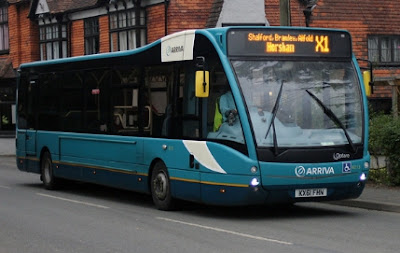 Did they have coach seats? 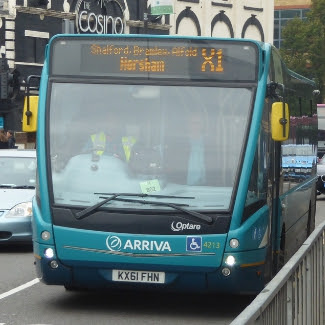 Newspeak is the language of Oceania, a fictional totalitarian state ruled by the Party, who created the language to meet the ideological requirements of English Socialism (Ingsoc). 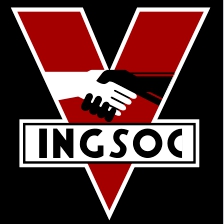 In the world of George Orwell's Nineteen Eighty-Four (published 1949), Newspeak is a controlled language, of restricted grammar and limited vocabulary, a linguistic design meant to limit the freedom of thought - personal identity, self-expression, free will - that ideologically threatens the régime of Big Brother and the Party, who thus criminalized such concepts as thoughtcrime, contradictions of Ingsoc orthodoxy.

But the cunning plan would resolve the problems of Bellfields.

Following a meeting between residents and Arriva Buses on Monday (November 6), the minibuses are now going to be moved to the X1 route and bigger buses will serve the number 3 service. 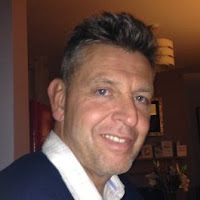 Andy Isbell, Arriva general manager for Guildford, said: “We have taken the opportunity to review fleet use in Guildford.

“Having listened to customer feedback we have decided that, at present, the best fit is to swap the minibuses onto the X1 route and put bigger buses onto service 3.

"We attended a residents’ meeting on Monday (November 6) to explain the situation to the residents of Bellfields."

So the "coach" passengers between Guildford and Horsham are the poor folk to suffer the agony of the too-small minibus. Seems odd, "coach" downgraded to 13 seat minibus; but where is the newspeak?

“The X1 has shown continuous growth since its introduction in May and we feel that the minibuses will be the perfect fit for this express service between Guildford and Horsham.”

Yes, you read it correctly! The X1 has shown "continuous growth" so Arriva is providing smaller buses - no, silly and inappropriate minibuses.

Unbelievable. But there it is - photographed by correspondent Roger (thanks Rog!) ... 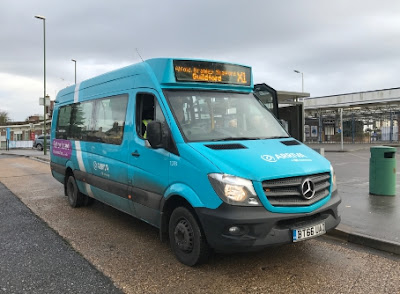 ... and, just to re-inforce the craziness, here is an enlargement of the destination screen. 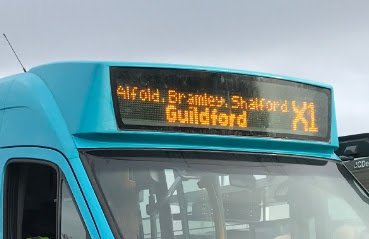 What odds are we offering on the survival of the "continuous growth" X1? 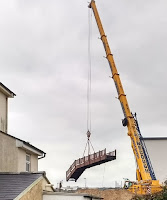 The footbridge to the rear door of fbb's neighbouring Premier Inn (Everything's Premier including the price!) fits very nicely ... 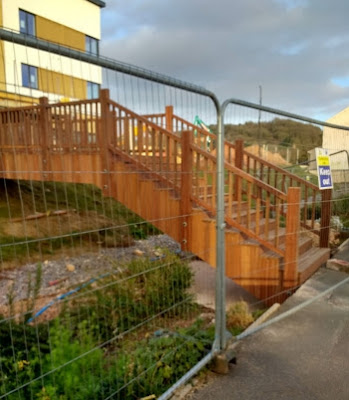 ... but there is plenty of "wiggle" room at the hotel end. 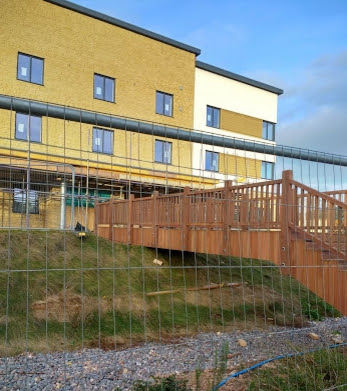 The building has lost its scaffolding and is now revealed in all its architectural magnificence. 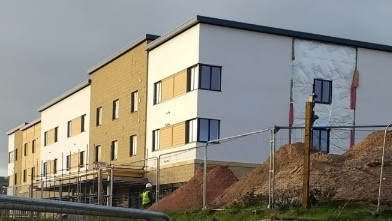 Come back Bayko, all is forgiven! 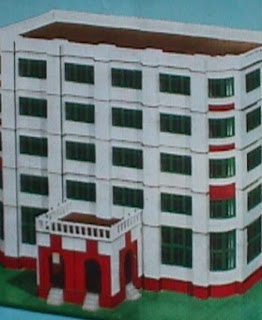