Stagecoach routes 10 and 12 link Daventry with Rugby providing a bus every 30 minutes. In Rugby they continue past the town centre to Central Park. 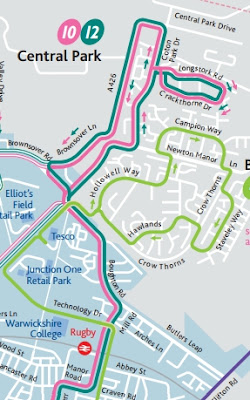 There are variations as they approach Rugby from the east; 10 in PINK, 12 in PALER BLUE. 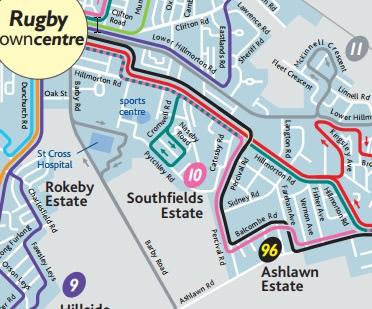 Between the two towns they also follow different routes. 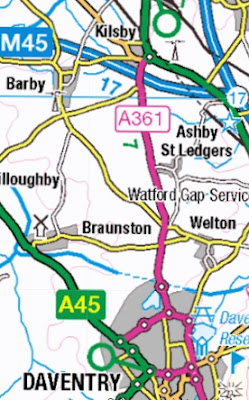 Both leave Daventry on the A361 then the 10 runs hourly via Barby and the 12 hourly via Braunston, both meeting up at Kilsby. 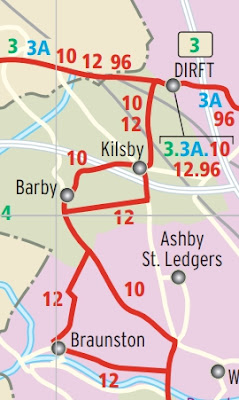 From this weekend, for 10 read D1 and for 12 read D2 with no significant change of frequency. 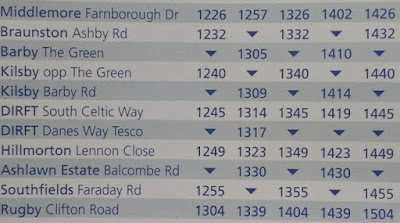 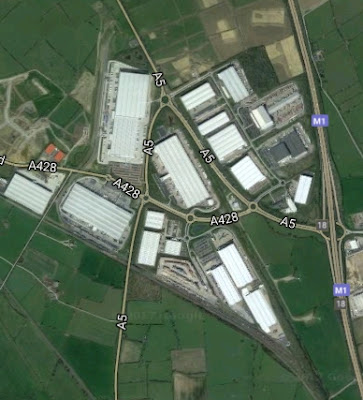 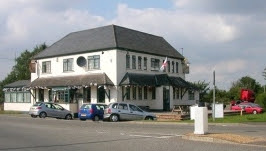 Currently, back in Daventry itself, the 10 and 12 start from the Monksmoor estate ... ... and zoom into Daventry via Northern Way. 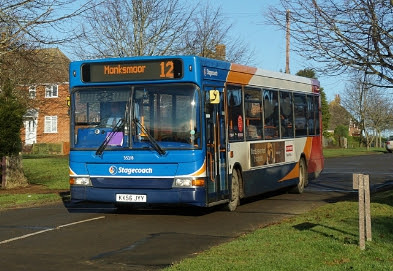 From town towards Rugby they then operate either along the full length of Braunston Road (12, ORANGE on the Northamptonshire map) ... 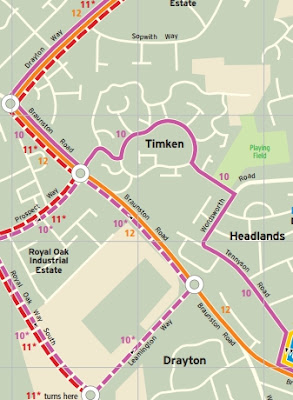 ... or via Headlands and Timken (10, PINK-ish). The county map shows everything, of course, and here that means a whole clutch of peak and shift-time diversion via the industrial estates. 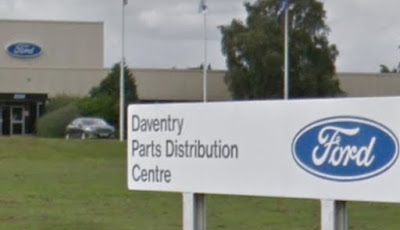 If our attentive readers have remembered, the 10 becomes D1, the 12 becomes D2 running through Daventry from Northampton. But IN Daventry it is all change.

Both revised routes are now the same ... 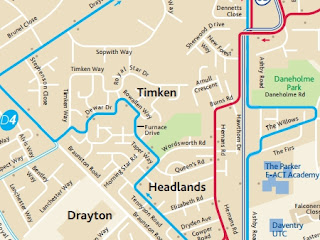 ... running via Hemans Road, previously served by the current D2 (D3 on Sundays). 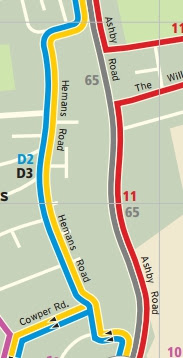 Before joining the old route to Rugby the new D1/D2 (now in RED) wiggle incomprehensibly via all three of the estates. 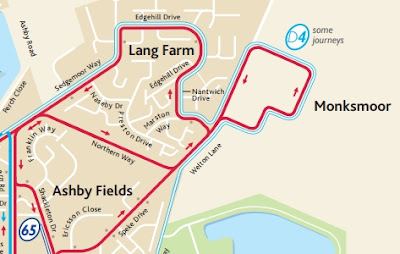 You are confused! Middlemoor WAS services 10 and 12 running direct into town every 30, Ashby Fields was D2 and 11 (two buses and hour), Lang Farm D2 hourly. The whole shebang now gets a half hourly service.

I hope that Daventry residents can work out which way they actually go. Try watching for the arrows! (Arrows, pardner; I baint even seen them injuns! - old, very old, joke?).

Which, if fbb has done the math, leaves the Baunston Road bits of the 10 and 12 and some bits on Ashby Road service 11 to sort out.

Enter the D4 - tada! fbb has cobbled together a paste up of the daytime service ... 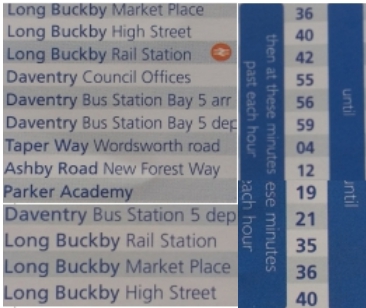 ... which could be shown better in the Stagecoach leaflet. 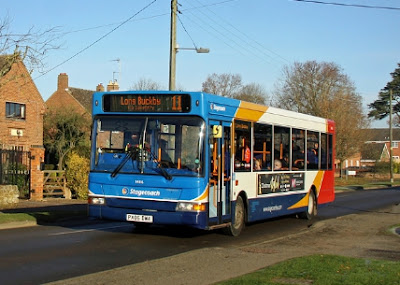 In simple terms this was the service 11 from Long Buckby to Daventry ... 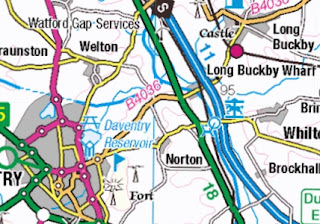 ... but now does a loop picking up the bits and pieces left on the cutting-room floor by the big changes.

So, to answer the question posed in yesterday's blog; is this  cunningly disguised service chop or, alternatively an even more cunningly devised re-jig to give everybody the same level of service with less buses? 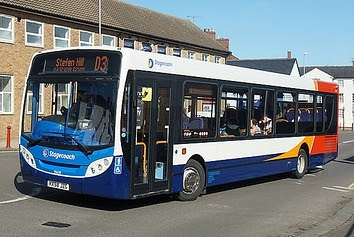 Northern Way : was every 30, now nothing 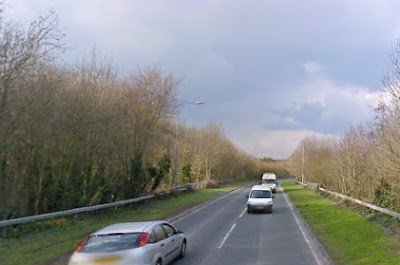 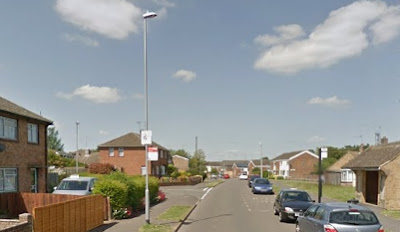 Braunston Road (inner bit) : was every hour, now nothing 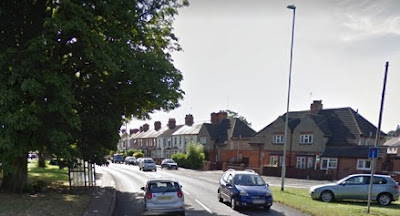 Ashby Fields : no change
Lang Farm : was every hour, now every 30
Monksmoor : no change but a longer route to town
Ashby Road (bits) : no change

You would need to ask Daventry folk how good or bad the new scheme might be overall. From a goodly distance away, looking at maps and timetables, it seem largely positive with one major snag.

Does it really make sense to join all the bits together in one long two hours and fifteen minutes route (D1 and D2)? Knowing the ability of the centre of Northampton to jam solid at the drop of a conductor's cap (remember them?) ... 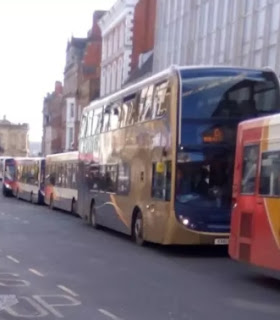 ... where does this leave Daventry and Rugby locals as they wait in hopeful expectation for a bus home?

Next Various blog : Saturday 4th November
Posted by fatbusbloke at 02:00