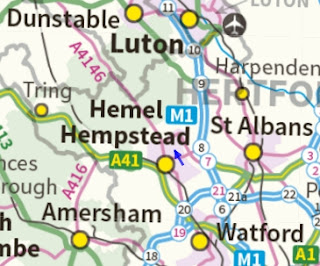 Arriva has struggled over the years to evolve a commercially viable town service network for Hemel Hempstead. Some bits get a bus every ten minutes - other struggle to justify one journey every hour.

Service 1 (GREY) which ran from Adeyfield, then wiggled into town and out again to Northend Farm Estate ... 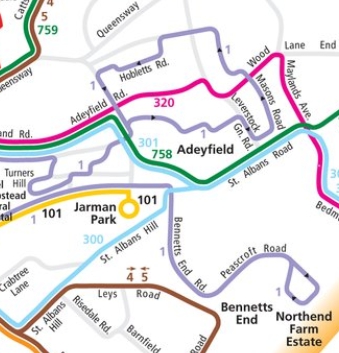 ... was abandoned by Arriva and is now run by Red Eagle. 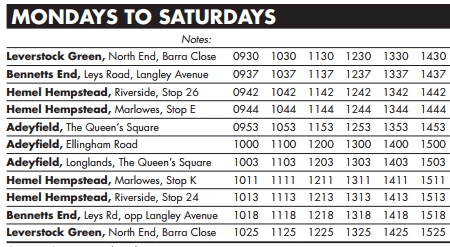 In 2010 (and later) 2 and 3 (RED) were part of the same service with buses branded appropriately. 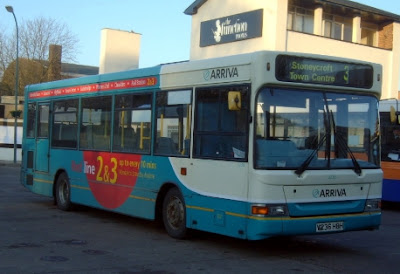 These ran to the west of the town centre ... 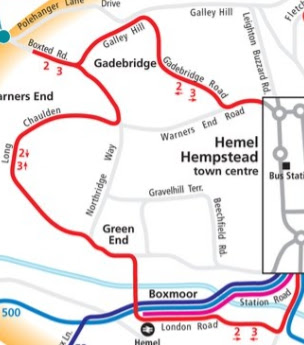 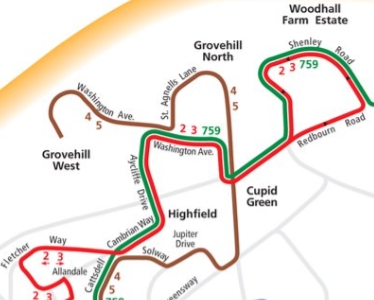 fbb does not pretend to understand how the route numbers worked out, especially on the "lump" via Allandale (bottom left). These services have been "simplified" and now run as a one way loop via Gadebridge as service 3 (ORANGE) ... 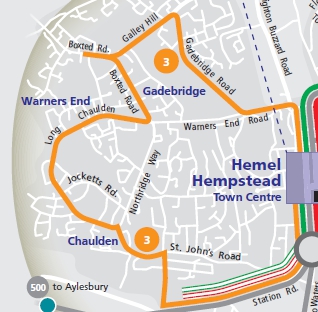 ... although its Allandale loop has transferred to route 4.

Grovehill Route 4 (GREEN) used to be numbered 4 and 5 (BROWN) on the 2010 map and ran to Bennetts End operating alternate ways round a loop. 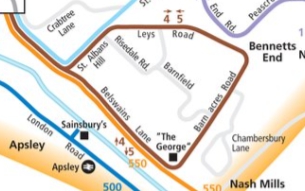 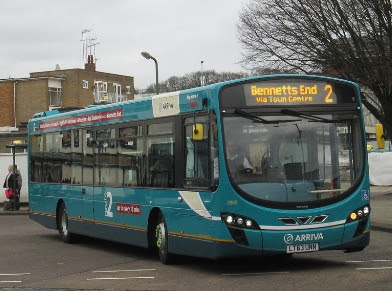 ... but since August this year has achieved its blissful independence as a new (we've been here before) route 5 (BLUE) ... 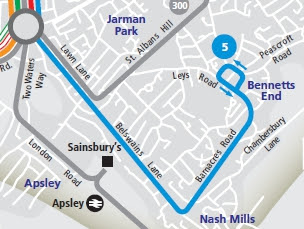 ... but no longer looping the loop! 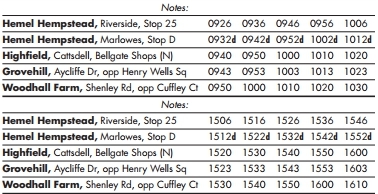 This all provides the background to the horrific happenings from 27th August as witnessed by correspondent Roger.

But there is a bigger snag.

There has been no increase in frequency on any of these routes according to Roger.

This staff notices was posted at Weymouth depot on 24th November. 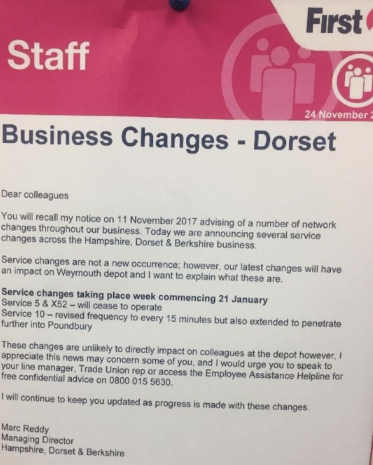 It tells us that, from 21st January, service X52 and service 5 will cease. 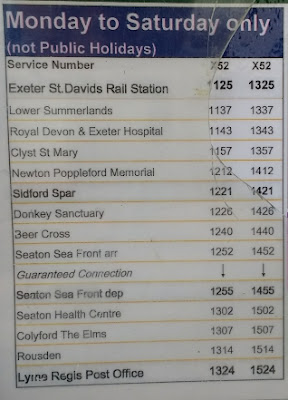 X52 is the pointless service of two round trips between Lyme Regis and Exeter which is simply not good enough to attract a viable number of passengers. It is sad to see this service go; it once ran every two hours all the way from Bournemouth to Exeter as X53 and was very popular with tourists. Its recent decline has been caused by appallingly bad publicity, always delivered late (if at all) and the split of the service into three non-connecting chunks. First have done a really good job of running the service down and putting the prices up. 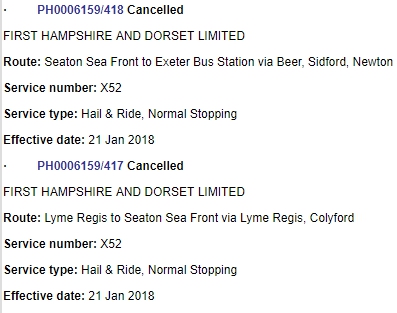 Now it will be popular with nobody. Its loss will hardly be noticed.

Service 5 originated in a tender from Dorset council for the service between Dorchester and Crossways. 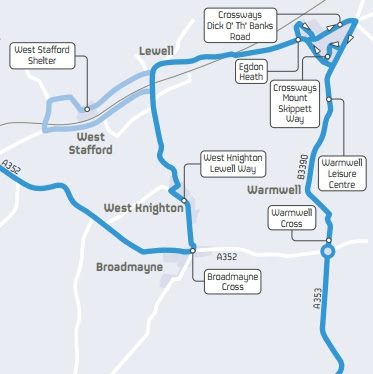 It was extended commercially via Warmwell and Osmington to Weymouth on a route that had not seen a bus for many a year.

The third change reduces the every 12 minute route 10 ...

It always seems a capitulation to failure once a frequency drops below every ten minutes - the ability to just turn up and go seems far more unpleasant at every 12 and significantly less attractive again at every 15.

fbb predicts that it won't be long until it sinks to every 20.