Many blog readers will have come across this snippet of news last week. 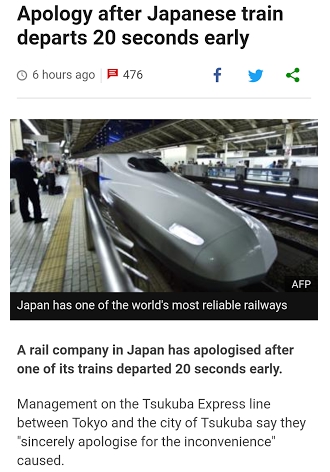 Apparently the staff had not checked the timetable. Timing as "tight" as 20 seconds is not new. When fbb was nobbut a lad, he was guided round bits of London Underground by Paul Cresswell, a trolleybus fanatic and Underground "geek"

But just look at the train - one of the super swish bullet-plus jobbies.

Except it wasn't. The train concerned was on the Tsukuba Express line serving suburban Tokyo. 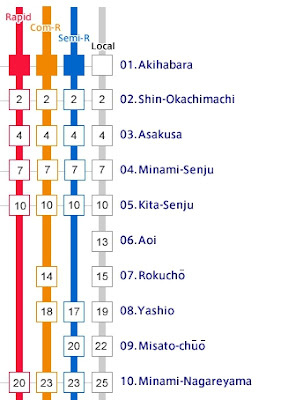 Trains run half hourly on each of three service patters, RAPID, SEMI-RAPID and LOCAL. 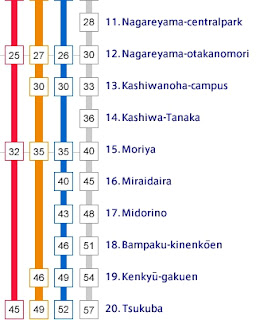 The ORANGE trains are extras at peak commuter times. The line runs north east from a terminus on the "circle" line (upper right on the map below). 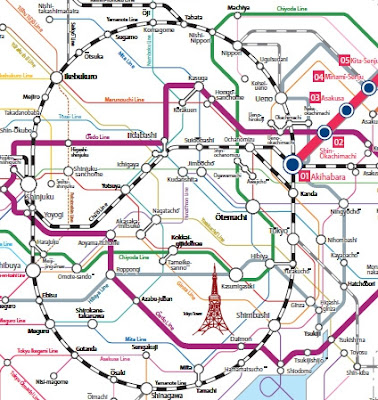 But they are most definitely NOT bullet trains; maximum speed is 100km per hour. 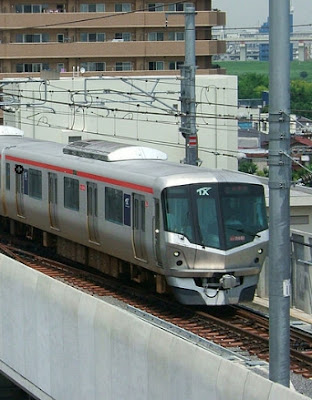 In today's unhelpful fashion, you don't get a timetable, just a coded departure list. 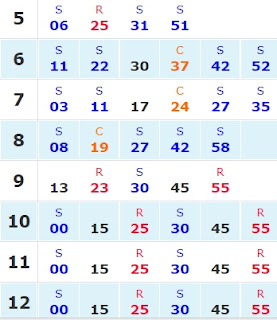 There is a rather spiffing bus station at the Tsukuba terminus; but the Japanese do usually get it right! 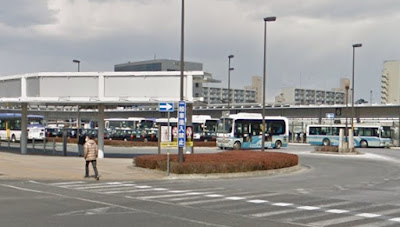 Thorncombe Exhibition Extra
When fbb was on holiday in Instow, he was reminded of James May's model railway extravaganza when, at the second attempt, a OO locomotive travelled under its own power along the former railway track, now a footpath, between Barnstaple and Bideford. 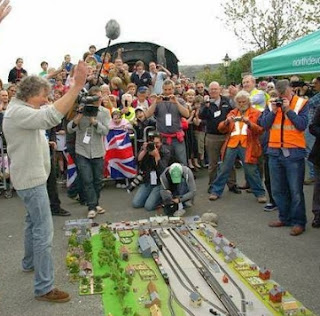 The actual loco which completed the run was a "Western" class.

fbb reported that this engine is still in the possession of Buffers model shop and occasionally ventures out on the shop's test track.

Last Saturday it was one of the locos that performed on the shop's club layout at the Thorncombe Rail Activities Club annual show. 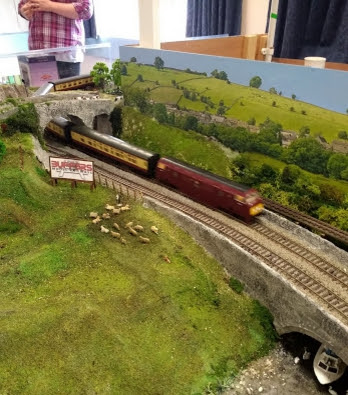 Back in the good old days there would have been a clutter of "small boys" watching adults clad in jacket and tie, possibly with pipe, busying themselves with their layouts. 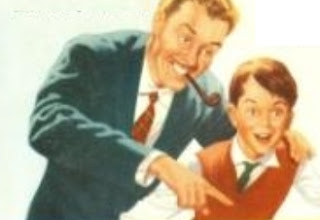 These days, a few kiddies come along with enthusiast adults ... 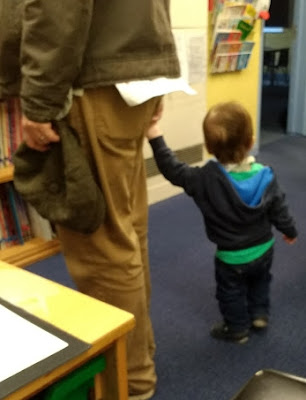 ... but generally such creatures are a rarity.

But Thorncombe had a good entertainment for the youff. 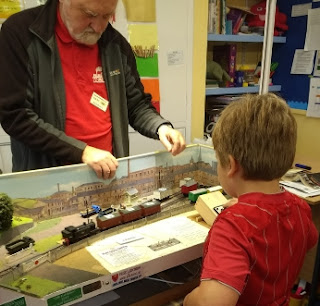 Wagons are labelled with letters; you shuffle a pack of cards and the challenge is to shunt the trucks and haul a train away with the vehicles in the right order. It was very popular with the few folk under the age of 93 who attended!

T M Travel Tells All
The on-line secret timetable change for service 30 was finally revealed to an expectant clientele with leaflets available on Monday 13th November, the first day of operation.

The extra vehicle needed to cover the increased frequency had been displayed at Crystal Peaks shopping centre during the previous week. 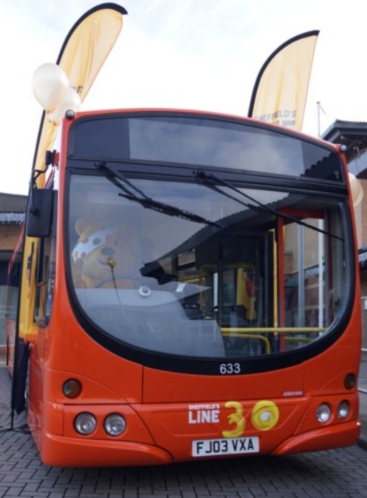 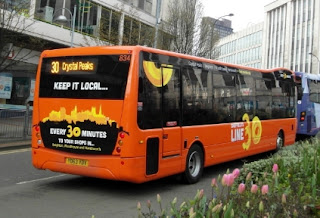 FJ03 VXA had a previous life with Wellglade core company Trent Barton where it flew to Spondon  in green ... 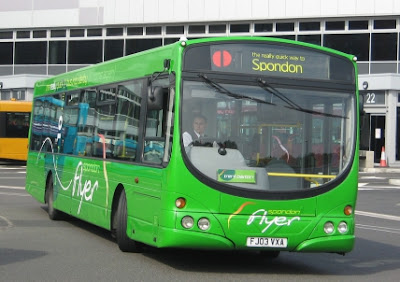 It was all so much easier when everything was red and cream. 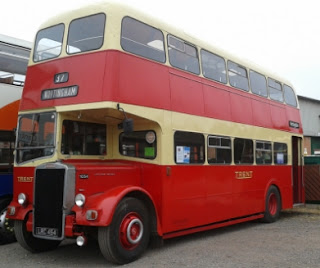 The new leaflet has a map, not easy to follow unless you know what it represents ... 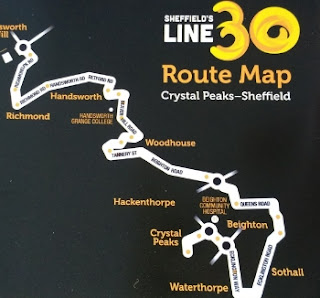 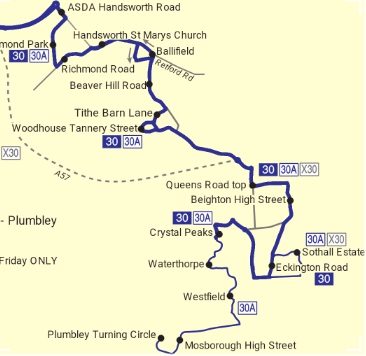 The timetable is there, of course ... 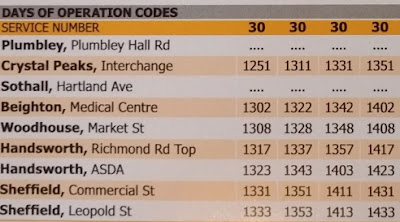 ... showing the increase from every 30 to every 20 minutes. The leaflet does include an advertorial panel ... 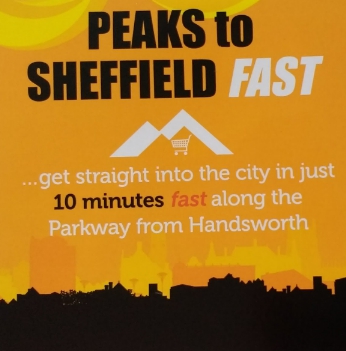 ... and readers may amuse themselves by matching claim to timetable. Crystal Peaks to City takes 42 minutes!

Get Ready For Excitement!
Black Friday advance information from Arriva. 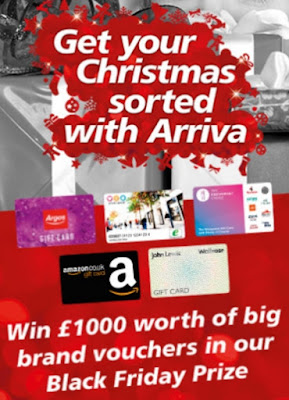 Clicking for details doesn't yet give much of a clue. 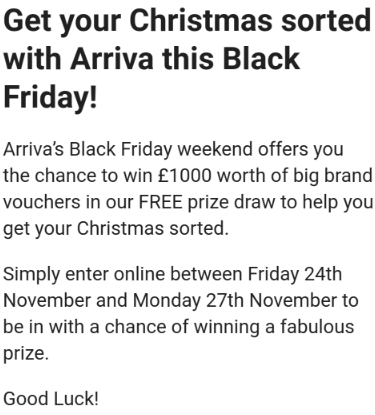 fbb can hardly contain himself until Friday.

More stuff tomorrow. Today fbb is visiting Bicton Park in company with the Fearnley Family and a brief report may well appear as part of tomorrow's collection.

Next "stuff" blog : Sunday 19th November
Posted by fatbusbloke at 02:00