Maybe not "hilarious" - but mildly amusing. 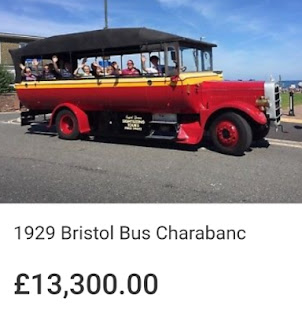 But it isn't, is it? We have met this vehicle before, last spotted on Torquay seafront where it operated "charabanc" tours in association with the open topper in a similar livery. 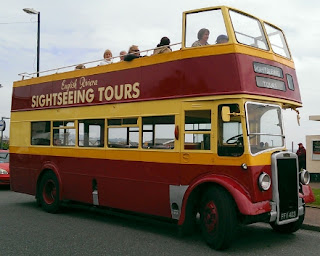 The double decker formally operated for Southport Corporation - similar to this one. 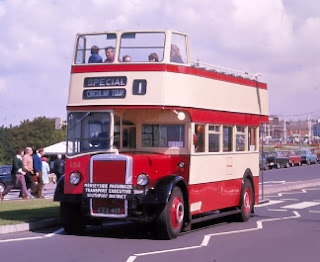 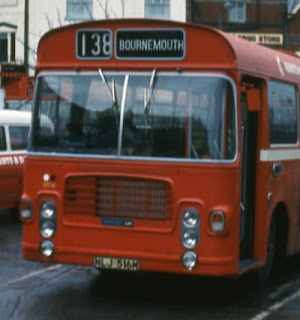 But, sadly ended up like this after an accident. 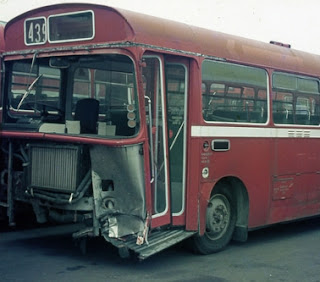 The rebuilt LH has had a chequered history ... 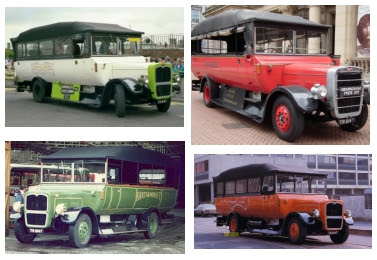 ... and, when fbb last looked, had failed to reach its minimum bid on EBay.

Dashed Clever These Chinese!
Much excitement on line as China (The Peoples' Daily, no less) parades photos of its new "train". 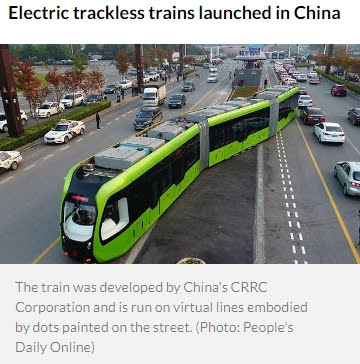 The train/tram/bus is currently operating experimentally but is expected to carry real passengers later.


Dubbed as the world's first smart train, the new Autonomous Rail Rapid Transit (ART) system has a maximum speed of 70kmh and carry up to 300 passengers in three carriages, reported local news outlet People's Daily On Line on Monday (Oct 23). 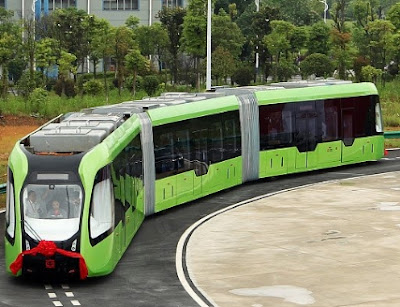 With no visible means of support, fbb assumes that the "train" is battery powered. 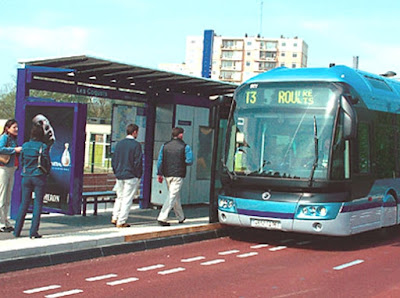 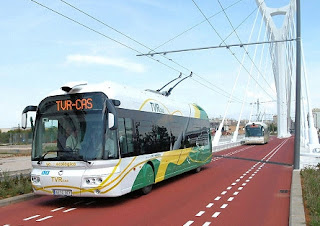 This route turns at its terminus on batteries ... 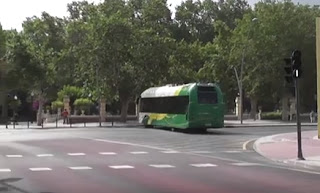 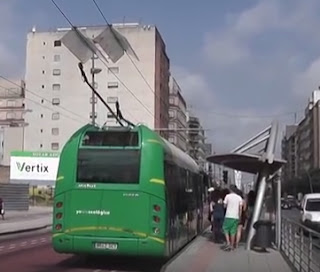 ... zooms into town. In the historic centre of Castellón, the vehicles also run on batteries meaning that ugly overhead doesn't spoil the view. 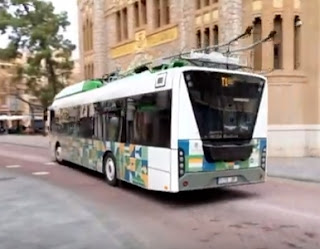 Castellón is on the right hand edge of Spain. 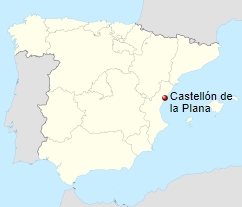 There, they call it the TRAM! The "lump" above the destination blind "reads" the dotted lines and guides the bus.

Under dotted guidance, however, buses (trams?) run on segregated tracks. 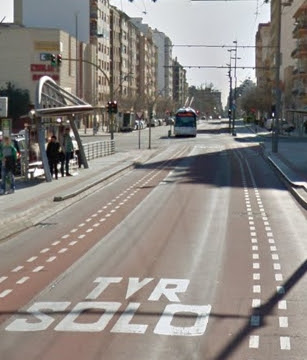 And each TRAM does have a driver!

Expected X52 Extension
fbb was uncertain as to whether First in Somerset and Lots of Other Places had actually been extended from Exeter Bus Station (no longer closed) to St Davids Railway Station. But the timetable on display at the "to Lyme Regis" stop on the Underfleet confirms the route extension. 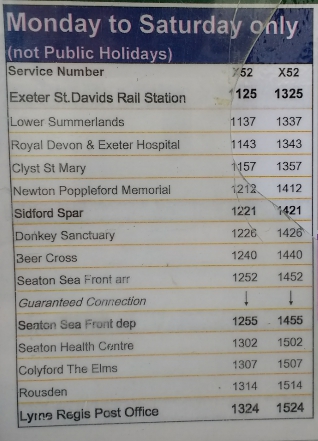 But confusion still remains. Does the X52 call at Exeter Bus Station? fbb has no idea. And it's Rousdon NOT Rousden.

Never mind; it's all a long, long way from Waymuth.

The stop in question is the furthest from the Streetview camera on the left beyond the traffic lights. 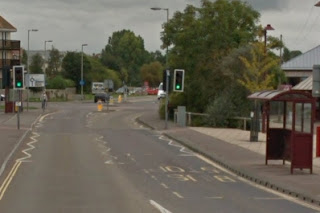 But, were you to seek times for journeys towards somewhere in Exeter, this is what appears on the right hand stop. 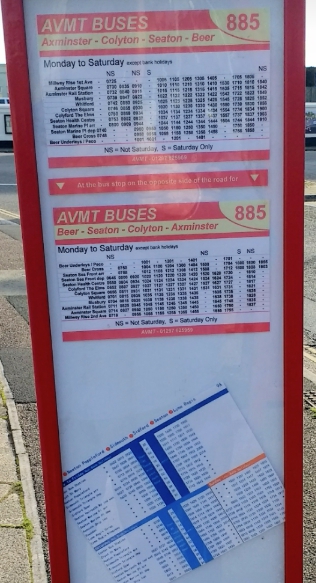 No mention of First Bus at all.

Perhaps the company doesn't want passengers, then it can withdraw the service "due to lack of demand"?

Nothing to do with public transport. But Police were called to an unexploded "device" in Bretten, near Karlsruhe, Germany. 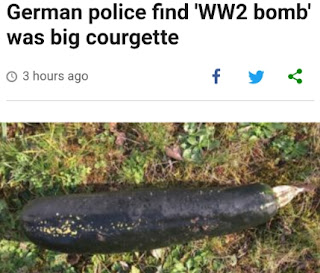 Tomorrow : Some Sunday Stagecoach Stuff
Posted by fatbusbloke at 02:00