The Free Market At Work? 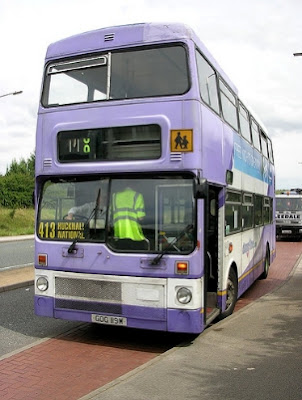 Dunn-Line was based in Nottingham, England, with services throughout Nottinghamshire operated from depots in Nottingham and Tuxford. The company was also a large operator of National Express services and its coaches could be seen throughout the UK on scheduled express routes.

In March 2006 Dunn-Line was sold to Veolia Transport. 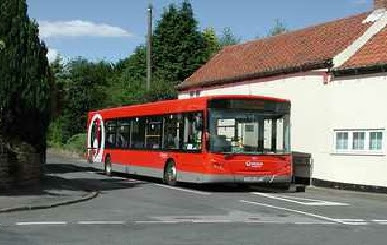 The Dunn family went on to run various aspects of Rotala and Yourbus. Veolia sold its Nottingham bus and private hire coach operations to Premiere Travel ... 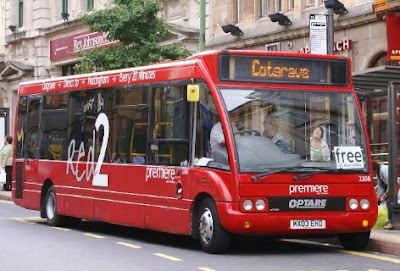 ... in January 2011, along with between 30 and 40 vehicles. The following month, its National Express coach work from the city passed to Yourbus.

Veolia had grown by acquisition with the aim of becoming a national "force" in public transport, but found that it was not the money making machine they had expected and rapidly disposed of its operations, returning to the safer field of emptying the bins. Premiere expanded rapidly in the "Greater Nottingham" area with a substantial amount of aggressive competition (hence the free bus to Cotgrave, above). Unsurprisingly Premiere went bust!

It began with Local Authority tendered work plus National Express contracts acquired from the "old" company. The next development was to start competitive copy-cat services on routes that were hitherto the prerogative of Nottingham City Transport (NCT). It began with "Orange Line 36" tagged "yourcity36" ... 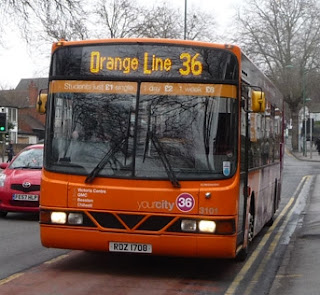 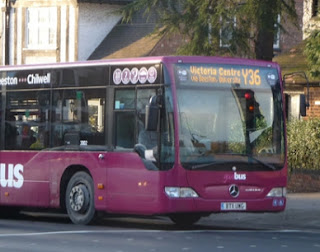 ... possibly under legal pressure from NCT under the "Passing Off" legislation. Orange Line 36 looked too much like an NCT service. This was followed by Y4, Y5 and Y28, again near copies of the NCT or Trent versions. Y4 and Y28 died in 2016 with Y36 closing earlier this year. Y5, linking Nottingham and Derby, remains. 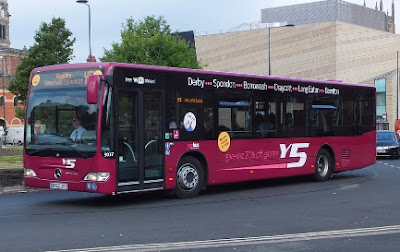 Having failed in a bid to dislodge the incumbents in Nottingham, the battle then moved to Derby. 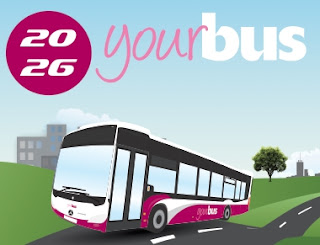 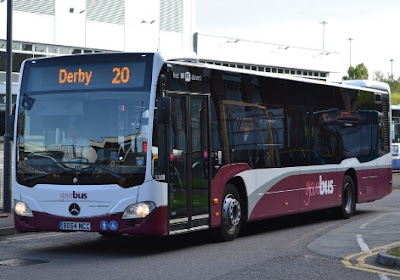 ... this time in direct copy-cat competition with Arriva. 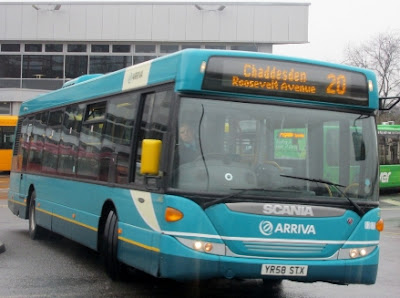 Whether this approach is commercially successful for You Bus is unclear, but, undaunted, the company started another copy-cay service in February of this year with their 1 and 1A Alvaston circulars. 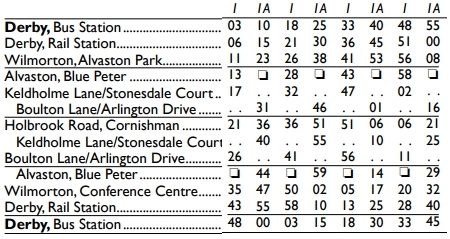 Spot the difference- Arriva below!

Regular blog racers will know that this situation cannot last. Cynical blog readers will wonder what Your Bus are suicidally up to, having failed in Nottingham. The only outcome is that one of the operators must capitulate and pull out or simply lie down and die completely. (Maybe you cannot really die partially?)

And it won't be Arriva who have the resources to stand the losses, should they so choose.

Our total number of buses on the route has now doubled to 16 an hour. But Derby Council Leader Ranjit Banwait ... 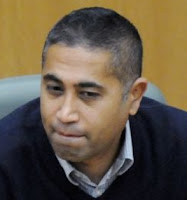 ... is concerned about 20 buses an hour to Alvaston.

In steps Arriva to "respond" to the Your Bus onslaught on it profits with ... Tada! ... 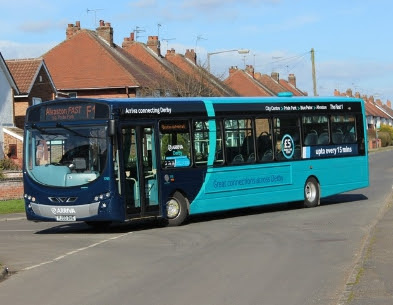 ... the F1; where F is for Fast. Introduced, say Arriva, "in response to customer requests for a fast bus into town" (yeah, right!) buses run every 15 minutes Monday to Saturday daytime.

Buses serve the centre of the housing area in a loop ... 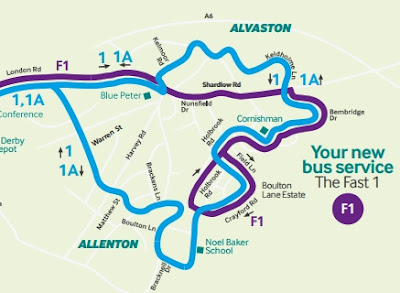 ... then run direct via Shardlow Road and London Road before jiggling via Pride Park into the City. 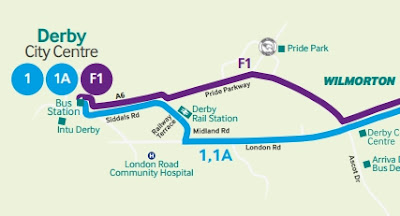 These two maps are spun through 90 degrees with North to the left. A revised route and timetable has been registered for the end of October but no details were available in time for this blog.

As an aside, Arriva has managed to cloud the issue by combining 1. 1A and F1 in to a gloriously off-putting comprehensive timetable on-line. 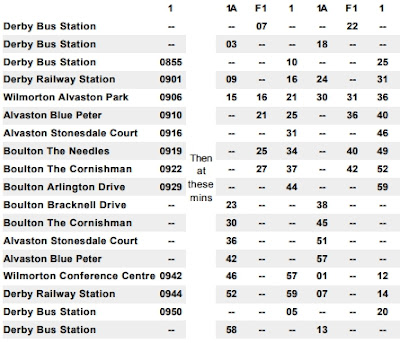 There must be at least THREE bus stations in Derby? There is a separate entry for the F1 which does, sensibly, have just the F1 times in case you never find the 1/1A; thanks to Arriva's unfathomable ordering of the timetable search list.

Best not try to understand Arriva's combined on-line map either; it doesn't show the F1 properly. 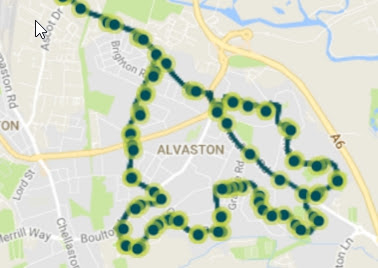 fbb reckons that Your Bus 1/1A will not last much longer than Christmas, at which point Arriva's F1 will, despite "customer demand", also vanish from the face of Alvaston.

Does this silly competition help the cause of public transport? Absolutely not!

Maybe next will come an even more aggressive and desperate fares war, but, in the end, it does not take much prophetic skill to map out the future.

Tomorrow, returning to sanity, we explore an Identity Crisis.


Next airport blog : Friday 22nd September
Posted by fatbusbloke at 02:00