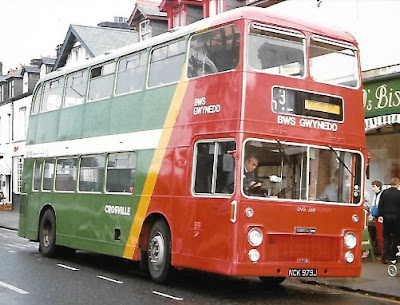 Gwynedd used to be very pro-bus. It encouraged operators to add a red wedge to the front of their vehicles (and insisted for Council subsidised services) and marketed the network as Gwynedd Bus. Privatisation put paid to all that, but at least there was an excellent timetable book ... 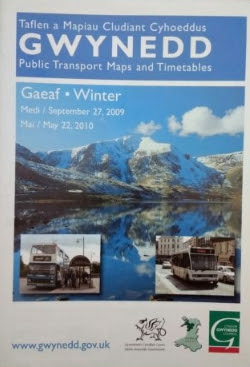 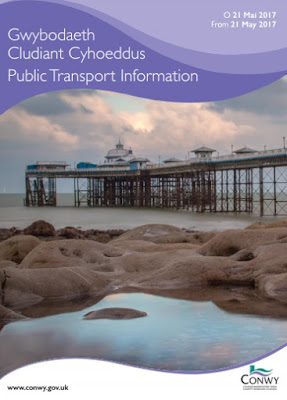 Northampton correspondent Alan has recently been in North Wales, travelling round using a bus and rail rover ticket. After finding no printed information at Llandudno Junction station and only departure lists at the stops, he moved on to Bangor. 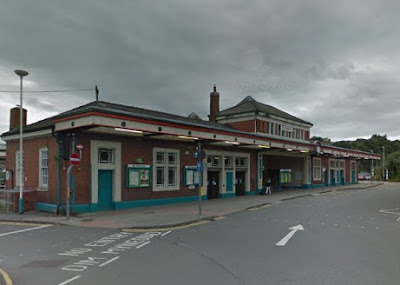 It is an attractive station in very good condition. It has three bus bays right outside the building ... 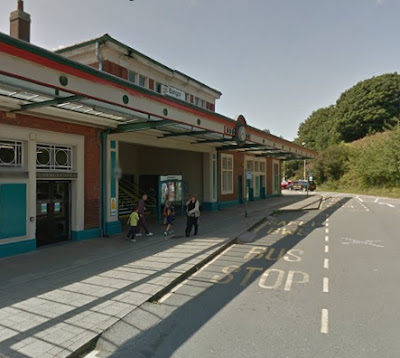 ... lots of information boards and a bus stop sign. 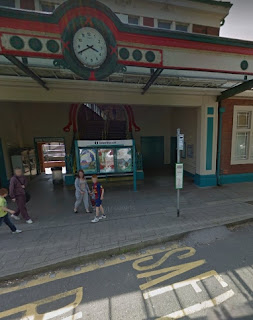 Investigation via Google Maps reveals that lots of buses stop outside the station building itself or nearby. (click on the diagram below to enlarge it - just a bit) 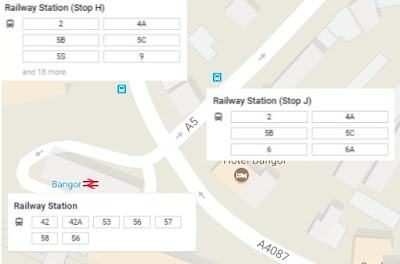 Alan was frustrated (but not surprised) to find the same lack of information (on line and for real) at Bangor Station. He could, of course, trot round and see what the timetable frames had to offer; but we will take a look at these tomorrow.

He then found his way (being a clever lad) into the centre of Bangor. He was looking for Bangor Cloc. 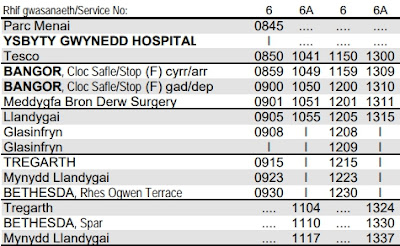 Just as an aside, an internet usage warning.

Search for Bangor clock and you might see this. 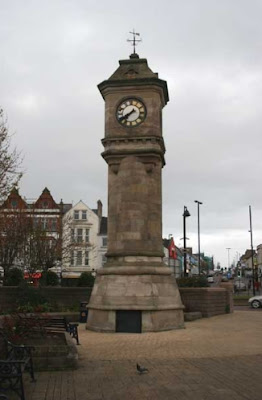 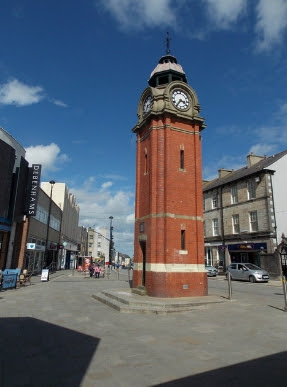 But you can walk round it and peer in all directions and you will not find a bus of any shape, size or colour. You might catch a glimpse of one if you look down the remains of Fford Garth ... 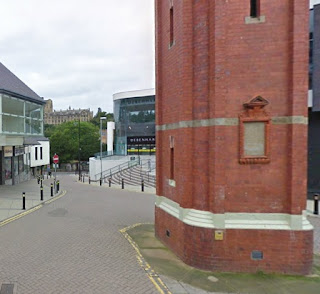 ... because at the far end there, straight ahead but out of sight of the cloc, is the cloc bus terminus. 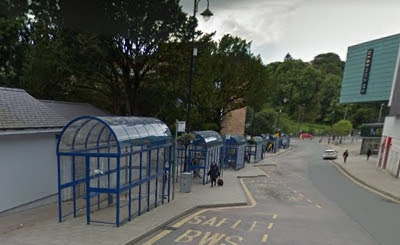 Turn left a the end of the cut-through and you will find the Arriva enquiry office ... 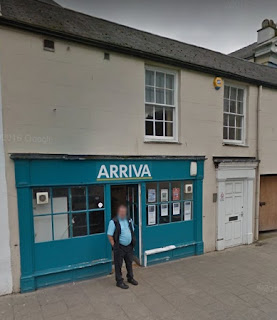 ... where correspondent Alan could get Arriva leaflets and the Conwy timetable book. Gwynedd stopped producing their book a few years ago but it is, as they say, all on-line. 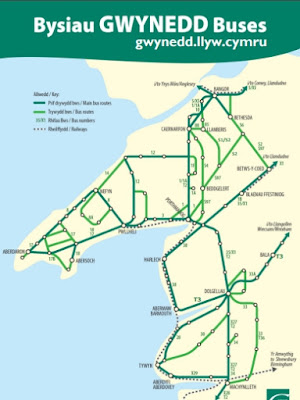 That's it - there is nothing else of a cartographic nature.

Also on-line is a PDF "information leaflet", consisting of a near-useless list of bus services in numerical order with no index of place names, a list of operator phone numbers but no indication of which operator runs which route ... 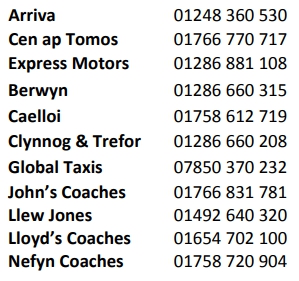 As the county produces nothing by way of a co-ordinated set of timetables or maps, fbb wonders what you might find in these places. A few years ago, he asked in Dolgellau and was shown a ring-bound folder with everything included and asked to pay to have specific pages photocopied. As a visitor, how would he know which pages he might need?

But all the timetables are on-line in exactly the same format as would appear in the printed timetable book if they printed one. 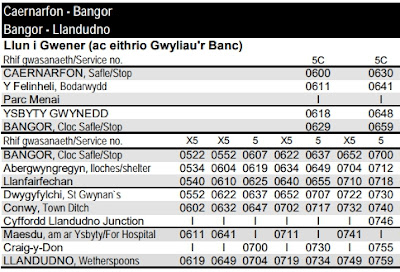 Notice, in passing, that Gwynedd has no truck with the "Platform 5" appellation at Llandudno Junction.

But the fact that these pages are all prepared in a ready-to-print format begs the question, "why don't you print them?" All the hard work is already done. Is the Council really saying that this minimalist saving is making any tangible difference to their budget; the cost is much less, fbb would suggest, than that of filling a few potholes. (Not that pothole filing should be neglected!)

Tomorrow, excitedly, we can take a look at what you might find at the bus stops at Bangor not-the-cloc; and we travel south to Caernarfon.

P.S. Lest fbb were to be attacked by ferocious hoardes of Gwyneddians, baying for his blood in response to the epithet "ghastly" ... 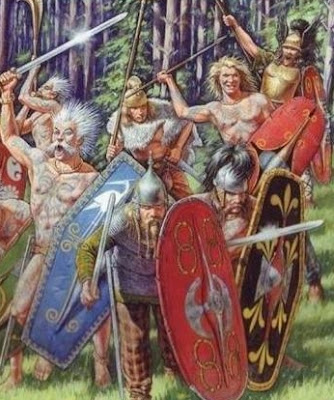 ... the old man assures readers from the Principality that his antagonism is directed towards public transport information, not the people or the place!

Next Gwynedd blog - Friday 29th September
Posted by fatbusbloke at 02:00