Draws To A Close? 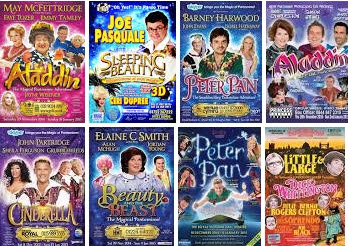 Thousands of Exeter folk have been enjoying (?) one of the longest running Pantomimes in Exeter's history; but it looks as if the year-long (and more) performance had finally closed is doors. 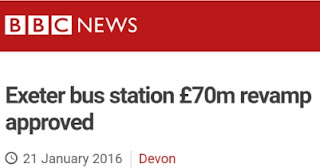 It is all to go ahead. 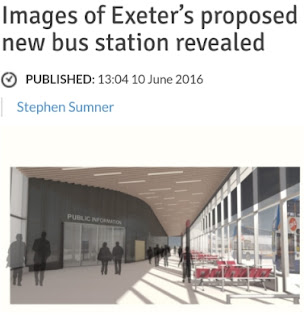 The Council announces that this will deliver the quality bus station that Exeter people deserve.

The new bus station is further from the shops, has less stands than the overclouded bus station has now, less space for buses to be parked for drovers' breaks and no room for National Express coach services.

Despite these obvious failings, the closure of the old stage is announced in October 2016 ... 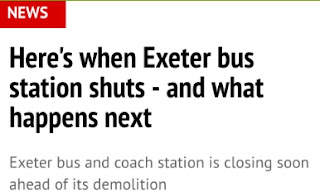 ... with a definite date for it to close at the end of March this year. 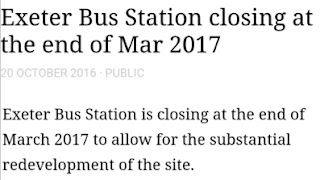 But wait - enter the evil Bad Baron Byalik (Councillor of that ilk) ... 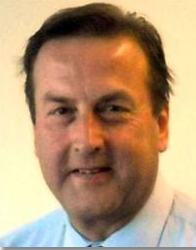 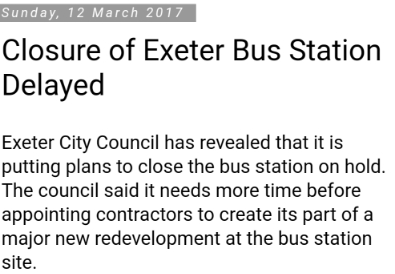 This, says the Councillor, "is to allow us to re-think a few details of the plan before committing to it."

But Councillor Byalik plays the good cop, bad cop game and, a few weeks ago, makes another proclamation. 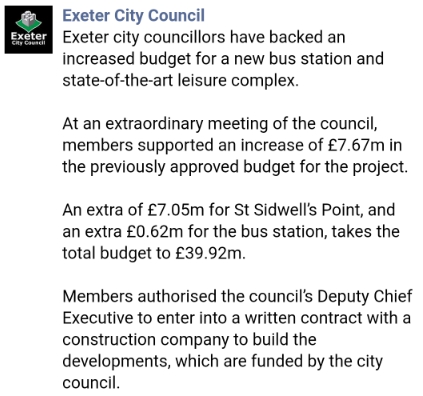 More money will be found. 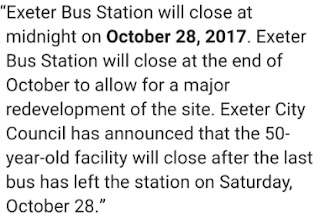 All that was now needed was for the construction company to sign up. 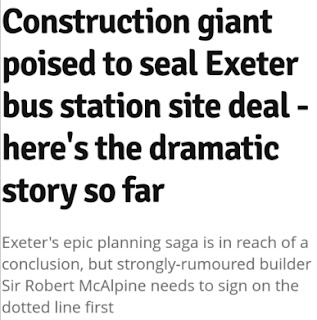 Whether they did or didn't is now immaterial because the last act of the Pantomime began around lunchtime yesterday. 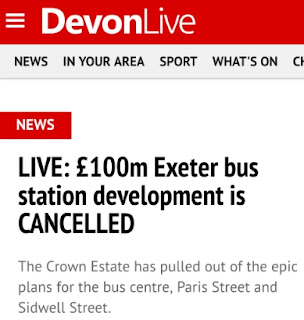 Crown Estates cited "Market Forces" which usually means that the developer has now decided it won't get its money back and the deal is a big-time loser. For whatever reason no developer means no development and no development means no new bus station.h

Suggestion for the Council. Cough up a couple of million to refurbish the existing facility and look again at developments of the surrounding area wen "Market Forces" are more favourable. Will the Councillors take up this suggestions.

At the time of writing the above, Exeter Council had said nothing about the future; but later yesterday afternoon Councillor Peter Edwards was prognosticating. 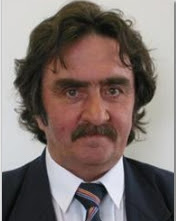 He has taken over as Bus Station supremo from Bad Baron Bialyk. He sounded very positive. 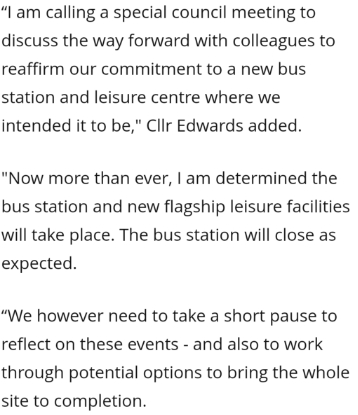 Obviously he has a fully workable cunning plan.


Oh no he doesn't
Oh yes he does
Really?

He has no developer, no builder and no money. But he wants the existing bus station to close for a "short pause". Perhaps the good councillor needs to look up "short" and "pause" in his dictionary. 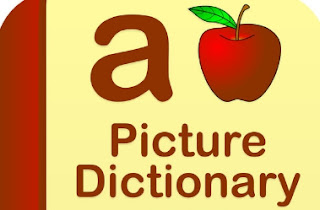 All bus services using the present bus station have registered timetable changes from 28th October to allow them to use surrounding streets.

Buses for fbb from Seaton will stop on Sidwell Street (map, upper right) ... 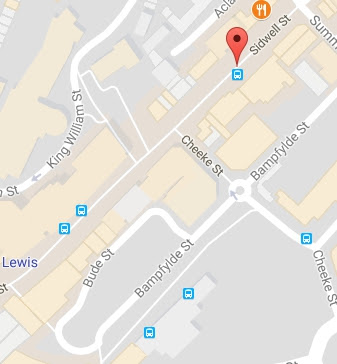 ... further from the main shops than the now defunct new bus station (on Cheeke Street) and even further from the old bus station bottom centre. But this inconvenience will, according to Mr Edwards, be only for a "short pause" until activity bursts forth from the Council Chamber once again.

It is all looking good for the people of Exeter.

Oh no it isn't.
Oh no it DEFINITELY isn't.

One conclusion from all this is clear. Councillors and Public Transport simply do not mix.

Next information blog : Wednesday 27th September
Posted by fatbusbloke at 02:00