The current (from Sunday 3rd September) route map that concluded yesterday's blog shows, in simple terms what has happened. Service H now runs no further than St Davids Station and the "Cowley Bridge" estate is served by bus number 5. 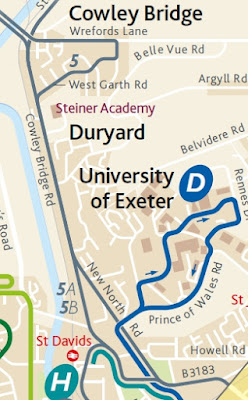 Whereas the H was an Exeter city route, maintaining the tradition of lettered services that goes back to Exeter Corporation Transport days ... 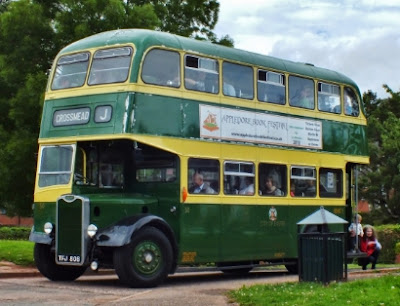 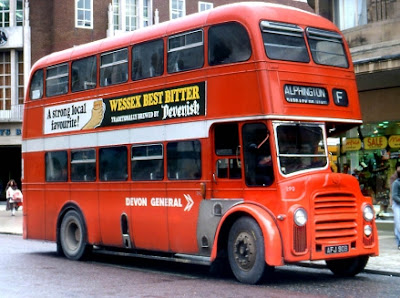 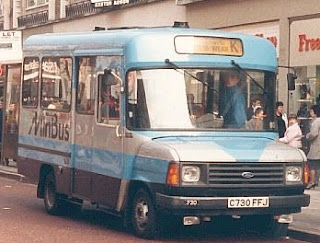 ... the 5 is a country bus running in from Crediton. Here is one at the stop close to the Cowley Bridge roundabout. 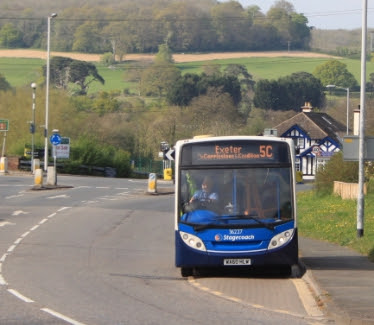 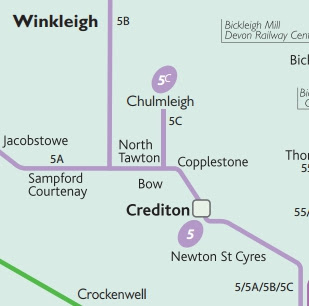 Letter suffixes were added as follows:-

Four buses and hour ran between Crediton and Exeter ...

... but this was cut back to three an hour in a subsequent re-jig.

One an hour went via St David's station.

So this is what Stagecoach staff were reminded of in their newsletter.

We shall look at services to Pinhoe in a later blog; but for the time being, just note the phrase "diverted to serve Cowley Bridge".

But the new service 5 (group) timetable does not help at all.

If, having lost your service H to Cowley Bridge, you were looking for its replacement on a timetable, which journeys would you expect to provide a bus at the junction of Wrefords Lane and West Garth Road? 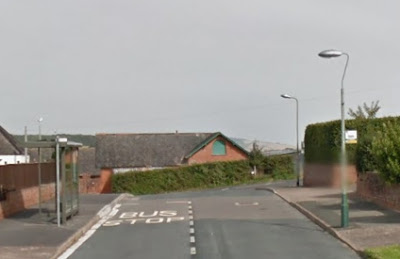 Simple? The 5A/B and the 5C serve Cowley Bridge and the 5 doesn't.

But the bus that runs via the Cowley Bridge (estate) loop is actually the plain un-suffixed service 5, the one bus in the group that is NOT timed at "Cowley Bridge".

The 5 and the former H refer to very different bits of "Cowley Bridge" but fbb would have thought that a time point at Wrefords Lane would have been essential to avoid confusion; combined, perhaps with the addition of the word "roundabout" to the "other" Cowley Bridge.

Not also that the 5 (replacement for H) does not run via St Davids Station but goes straight along New North Road. 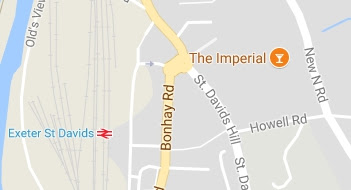 From the stop outside Wetherspoon's "Imperial" ... 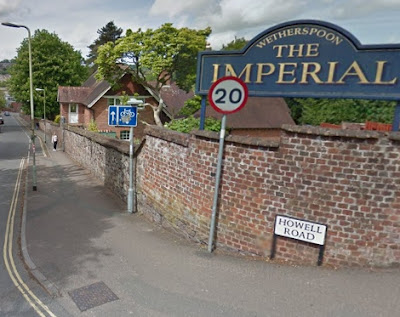 ... you walk down Howell Road, cross St David's Hill and there is a footpath to the station. 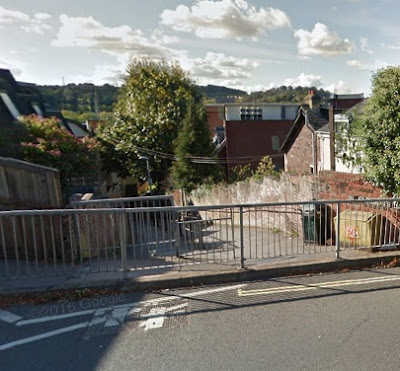 Quite a trek if you want to "interchange" with a train.

Some months ago, Stagecoach instituted a "consultation", garnering opinions as to what the passengers' need were withing the City of Exeter. Now we all know that such an exercise, espoused with enthusiasm by today's bus management, usually means that cutbacks will follow.

For the residents of Cowley Bridge (H version, not 5) they have lost a link to St David's Station and had their service reduced from every 30 minutes to hourly.

Do turkeys vote for Christmas?

Bus back in Sheffield, newshound Roy has sought out another piece of "promotion" for the revised "Sheffield 2 Barnsley" (guess the new route number) bus service that started on Sunday.

In a galaxy far away, well, Sheffield Lane Top to be precise, lurks one of those rarities of 21st century life. It is a public phone box

It is there, honest, outside Iceland. 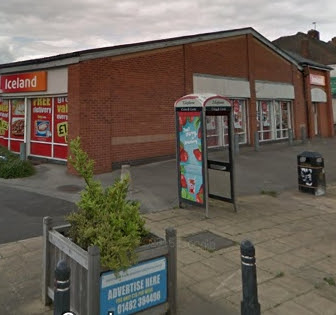 Opposite are the remains of "The Pheasant" and a little further north, down the hill towards Ecclesfield. used to be the Essoldo Cinema, formerly the Capitol. 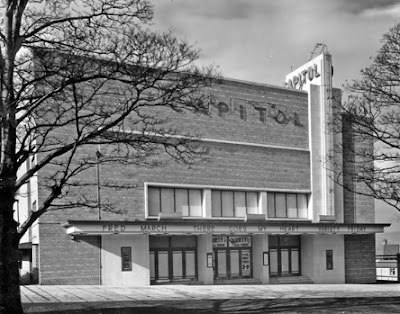 Just to the right of the picture palace (now a carpet shop) ... 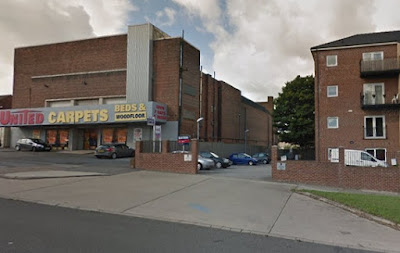 ... was Sheffield Lane Top bus terminus - now occupied by a block of flats.

But back to the phone box.

Here it is (courtesy of Roy, thanks again) advertising the new bus service and snapped, appropriately, with a service 2 to Barnsley passing by. 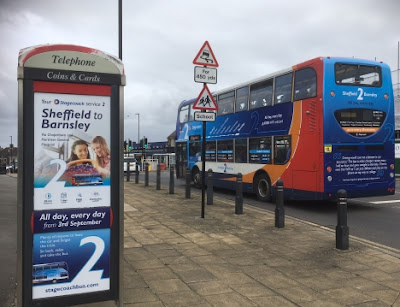 Has anybody found any timetable leaflets yet?


Next trams and trains blog : Saturday 9th September
Posted by fatbusbloke at 02:00