The Challenge of Cheap Churchmanship

Spoiled for Choice? Maybe not. 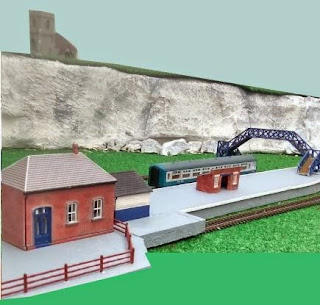 Those readers who follow fbb's return to Railway Modelling after over 50 years of abstinence may well remember that he plonked a church on top of his quarry cliff-face; justified by a real location, namely Breedon on the Hill in Leicestershire. See "The Trouble with Tunnels" (read again) 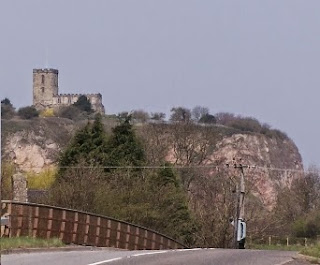 Despite a determination to buy second-hand stuff wherever possible, you inexpereinced modeller was unable to find anything suitable for outdoor use. Back in the early sixties the standard ecclesiastical edifice was a 3/- (equivalent to 15p then but inflated to £6.60 and more today) Airfix kit.

It was a very realistic model of the "Old Church" at Bonchurch on the Isle of Wight. 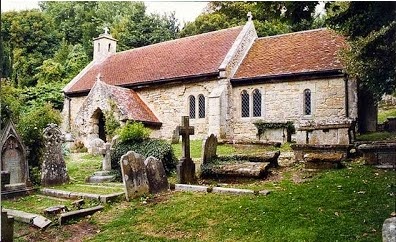 Over the years there has been plenty of choice (and plenty of expense).

By far the best church available is by Metcalf ... 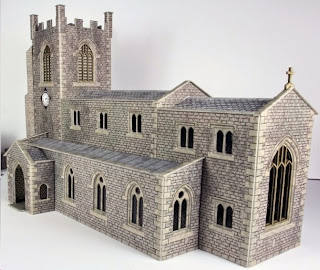 ... and it even has a clerestory like Breedon-on-the-Hill. But, sadly, it is made of cardboard and quite impracticable for outdoor use.

From the Hornby Skaledale Range there was this enspired beauty ... 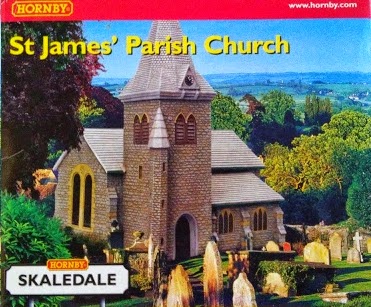 ... now out of production and on offer on line at a whopping £60. Ouch! What's more, it didn't look very "British", more like a place of worship in an Alpine valley.

Back in the way-back-when Triang produced models in moulded rubber ... 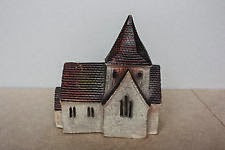 ... which often distorted and, although available on-line (good old e-bay!) looks too toy-like for fbbs exacting eye (?) So, swallow hard, get out the debit card, and order this oddity:- 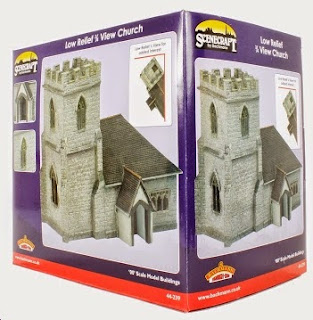 It looks weird because it is offered as "¾ low relief". The idea is that you park the model, at an angle of 45 degrees, up against a painted backscene and then paint in the rest. With skill, as Eric Morecambe was wont to say, you can't see the join!

fbb wished he hadn't shelled out over £40. Bluntly, he didn't like the model and rapidly realised that it would never look "right" however skilful (ham fisted?) an impetuous modeller and blog writer might be. 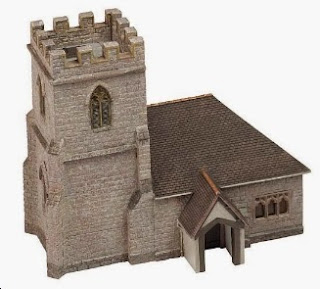 What a waste of limited financial resources.

One of the pleasures of the fortnightly modelling club that fbb attends is to wander round the Buffers model shop, whose loft accommodates the assemblage of sad old men and their models, and gaze wistfully on all the (expensive) stuff available to the miniature ferro-equinologists. fbb has no financial connection with the shop, other than that of a satisfied customer!

On one shelf he espied products from Wills (kit manufacturer, not monarch in waiting). Originally manufacturers of cast metal locomotive kits ... 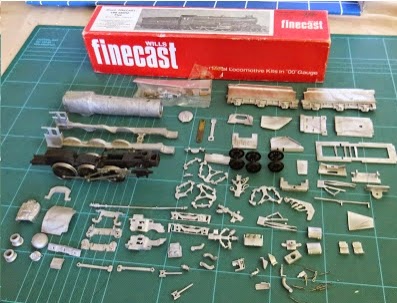 ... now with South Eastern Finecast, Wills moved into plastic in a big way. One of their ranges is splendidly realistic sheets of moulded building materials. 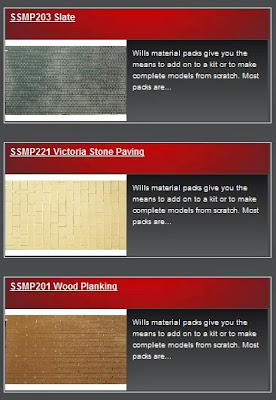 And a pensive fbb had an idea. 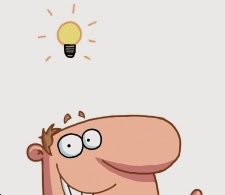 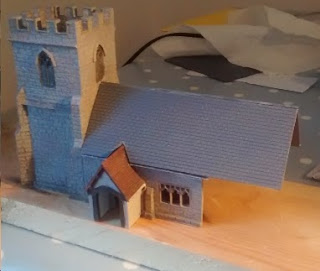 ... add some stone walls, remembering that the back doesn't matter as you can't see it. 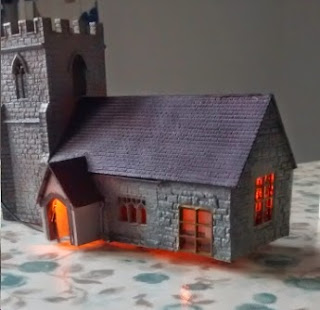 ... fit lights, as previously reported. The "east" window was fun. A representation of a stained glass window would be nice, so off to the dreaded interwebnet and a suitable piccy was found. 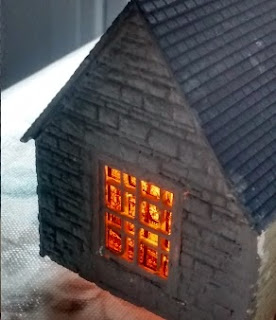 ... and the required effect is achieved.

The final "montage" includes a church hall (reduced price Hornby) and a bit of a churchyard. 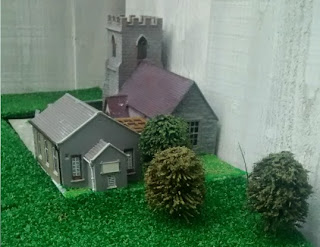 Although wildly different from Breedon-on-the-Hill, the overall impression is OK. Next, fbb is looking for a 4mm scale Bishop to come along and dedicate the refurbished building. Or a wedding. Hmmm. Many models have miniature weddings, so perhaps, to be a little different, how about a funeral party?

Noch produce a set, but the priest and appurtenances are too Roman Catholic for an obviously C of E building. 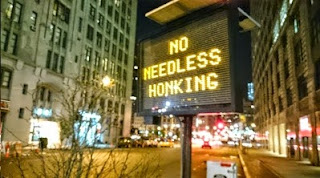 No 1 mused, briefly, on his Twit site, about how one might define "meaningful" honking; and who would decide?