And you can print it out.

Bad enough then for bus timetables, but what about rail? The TSY people used to produce some excellent route by route railway timetable booklets. These also have been expunged from travel information history.

So how easy is it to get hold of the required timetable pages?

... with the following result. 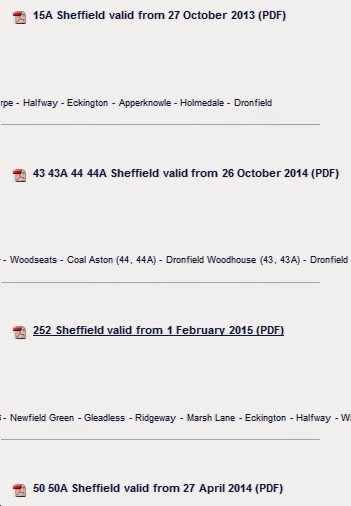 Wonderful. The 50/50A and 252 buses do not run to Dronfield at all and there is no mention of the hourly train service. Perhaps we need to enter a more detailed location.

No, equally fruitless. Maybe we need a South Yorkshire station as Dronfield is across the border in Derbyshire - shock horror.

No rail in Chapeltown either. In fact, fbb could not find any current rail tables anywhere on the "award winning" (ha, snort, ha!) web site. This blog was prepared before today's timetable changes, hence "current" means "current at time of writing."

So current rail timetable information is simply not available on line, despite the misplaced optimism of the "Timetable Finder" paragraph quoted at the head of this blog. But we could find upcoming rail information. 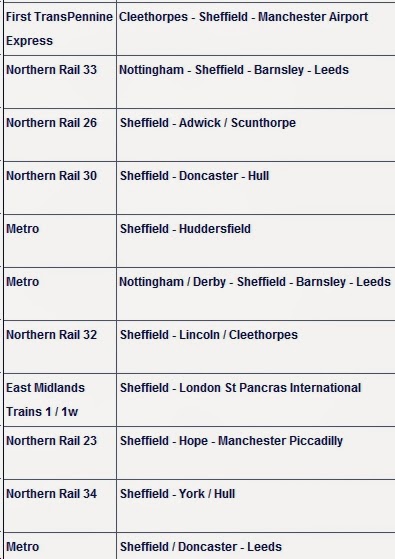 
What the TSY folks have done is to provide links to the individual rail company's timetable OR/AND to the excellent booklets produced by West Yorkshire Metro. So far, so good.

But what about Doncaster? It is some time since fbb lived in Sheffield but he thinks trains still run between Doncaster and London, Doncaster and York, Newcastle and Edinburgh, even Doncaster and Bradford. But apparently the TSY gnomes have forgotten that Doncaster is in South Yorkshire. 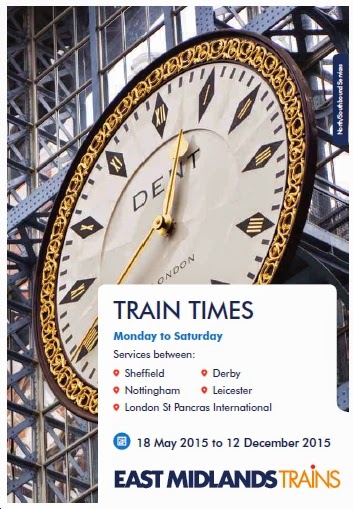 There are 57 pages to trawl through and the table shows links York (occasion journeys from Scarborough), Nottingham, Beeston, Belper, Leeds, Wakefield, Langley Mill etc none of which information is, in any way, of use to a South Yorkshire rail traveller. 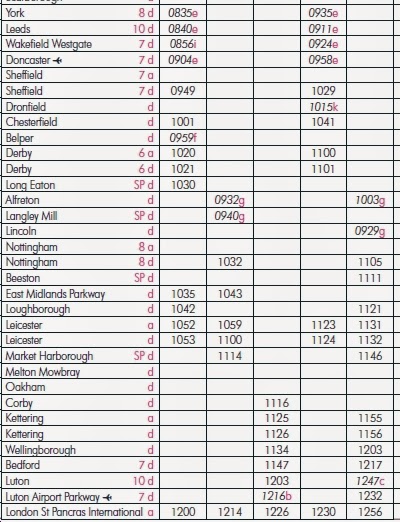 The hourly train for Corby is equally irrelevant. fbb wonders who would want to download all 57 pages. Although not the fault of TSY, there is a second half of the leaflet which includes second set of dates for Saturday times and Sunday trains for part of the year only. 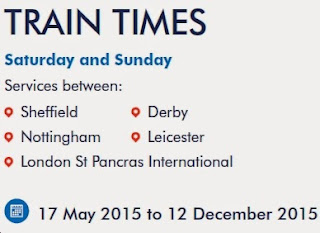 It is a mess and needs simplification for the average northerner.

Then we have two versions of services between Nottingham, Sheffield and Leeds. They are from Northern Rail ... 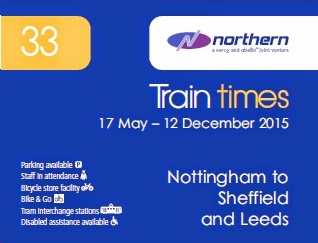 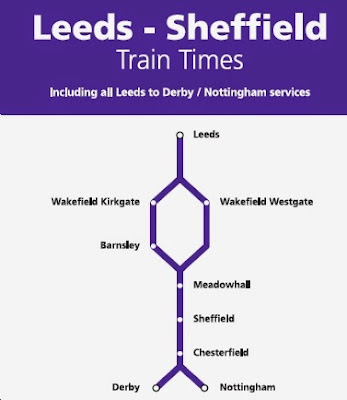 They both contain similar information, but are presented very differently. Well done TSY for spreading confusion. 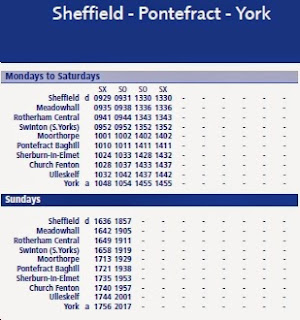 And finally. Has anyone at TSY ever heard of a train company called, erm, Cross Country?

Don't they run a train or two via Sheffield. Perhaps even to York, two trains an hour!

Travel South Yorkshire's rail information was never ideal, but it is now appalling. Here is fbb's suggestion for the web site. 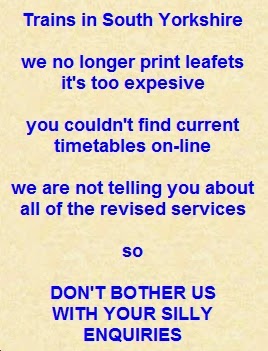