Axminster By Chunnel to Dupleix


According to Notwork Rail, it didn't look good for fbb's journey to Paris yesterday.

A further look at SouthWest Train web site revealed a marked difference between it and London Midland. There is a great deal of weekend disruption ... 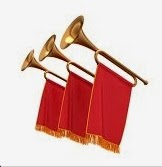 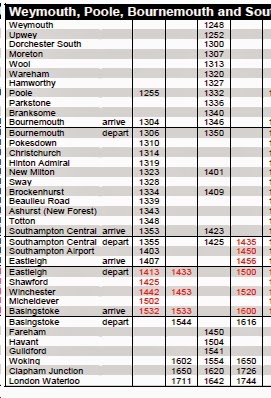 Which, incidentally, shows that correspondent Alan coulg get to the King Alfred Bus Running Day at Winchester by bus from Basingstoke. See yesterdays blog (read again). What about Axminster to Waterloo?

London Waterloo to Salisbury and Exeter. A near normal train service will run on this route today, but trains towards London Waterloo will be delayed up to 10 minutes. Where possible, these trains will run with 9 coaches between London Waterloo and Salisbury as they will be providing connections to and from other routes.

But. prudence planned plenty of provision for problems with a Eurostar departure at 1531. The journey planners also offered something a little different for getting to St Piecrust.

fbb did intend to run into Waterloo and catch a 59 bus; ironically the bus is less hassle than the underground provided that luggage is not excessive. You hop on (free for fbb) at Tennison Way ... 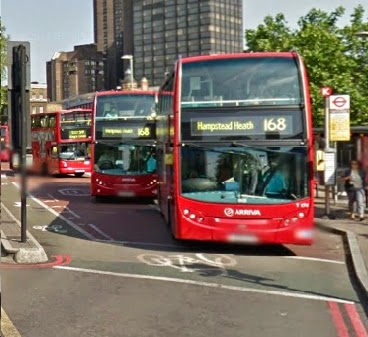 ... having subwayed from the Waterloo concourse; then alight here ... 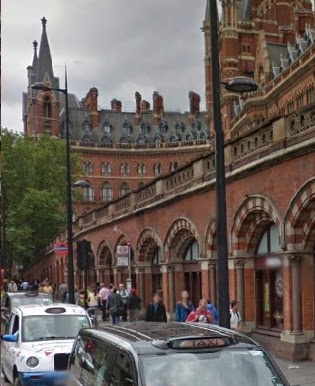 ... right outside the International entrance. Easy peasy lemon squeezy. But, with plenty of time to spare, fbb tried the "via Victoria" option


On balance not much harder luggage-wise than bus 59 and a lot quicker. Lunch was taken at Searceys (chum David was paying!) ...

... with posh and tasty morsels (3 courses, set menu £18) served in a luxurious ambiance. 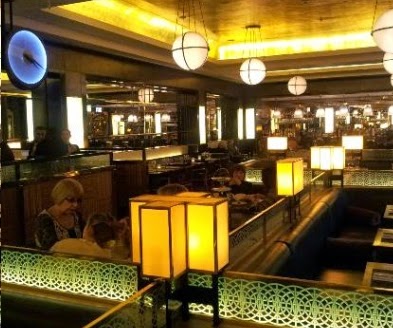 But by no stretch of the imagination was it a meal! Thankfully we had sarnies, crisps and peanuts to chomp on the Eurostar as a space filler! Redefining Dining indeed - as a quick, tasty and VERY expensive snack. 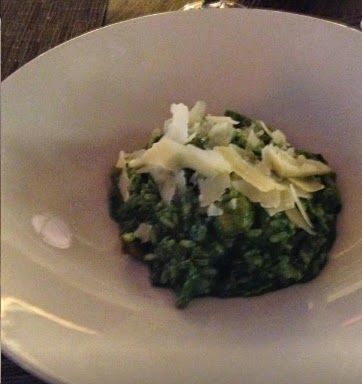 Then to queue. First you queue along the concourse ... 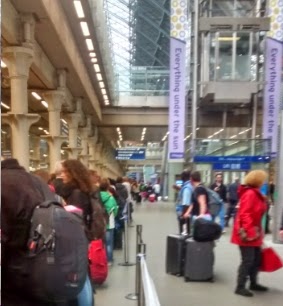 ... to join the queue for ticket and security checks. 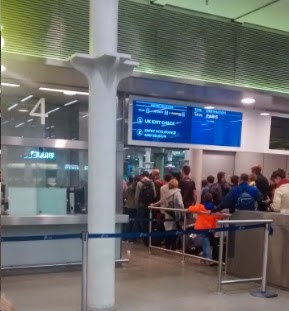 This process took nearly one hour; so tough bananas if you obeyed the Eurostar instructions to check in 30 minutes before the train's departure. Something needs to be done! 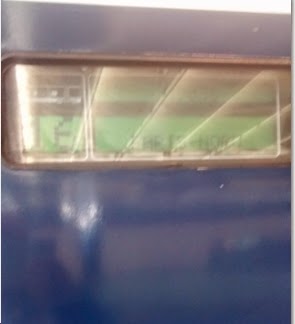 ... and not by peering at the near-illegible display on the vehicle; but by following the clues at your feet. 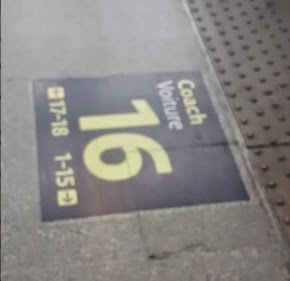 The ride was uneventful, enhanced by the glorious views of the countryside from our window seats. 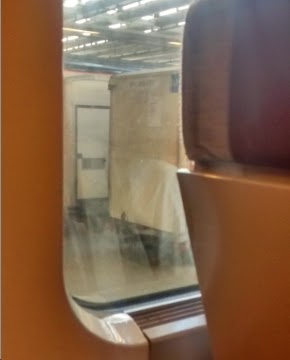 The uneventful journey takes 2 hours and 22 minutes with an extra hour added to bring you into line with l'heure française.

One final thought. fbb was enchanted by the decoration in the convenient convenience on the Eurostar train. 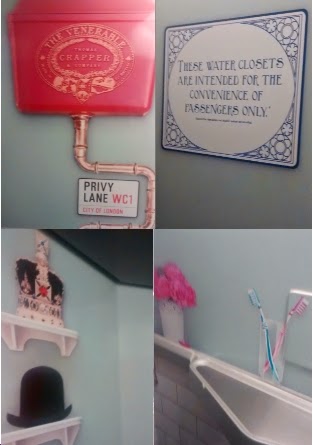 Although the trains are looking a bit tired, the loos were spotless and attractive. Compare this with SouthWest Trains' offering between Axminster and Waterloo. 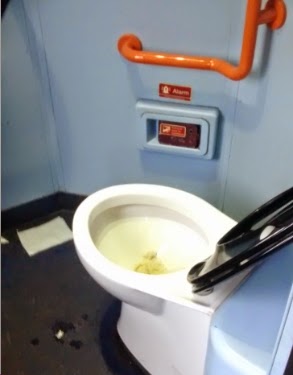 Paper all over the floor, no water, WC pan filled with paper to hide the unflushed nasties and an overall mega pong. When challlenged the guard said that the train had been at Exeter all night and

"THERE WERE NO FACILITIES FOR CLEANING."

What unadulterated tosh and five eighths! If course there are facilites at Exeter. But they are owned and manage by First Great Western and meanie Staecoach won't pay them to clean "foreign" trains.

Something needs to be done!

But fbb has arrived in Paris. One question, however ... 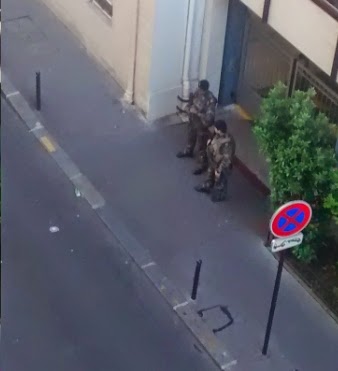 ... why were there three armed soldiers outside fbb's hotel?


Next Paris-trip blog : Tuesday 5th May
Posted by fatbusbloke at 02:00