Price-wise, We Could Affijord It!
[groan!]
This is the Balmoral ... 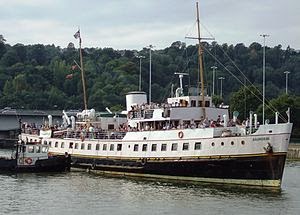 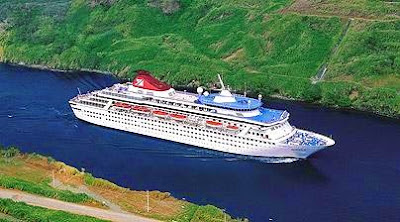 The former operates round the coast of Great Britain as part of the paddle seamer Waverley company activities. The latter is in the fleet of Fred Olsen and was Mrs fbb's choice for her first ever cruise. The vessel is small by today's cruise standards, with a total of 1350 passengers and 510 crew.

Departure was on Sunday May 3rd from a marquee erected behind the famous Southampton Docks flour mill. Luxury departure it wasn't! 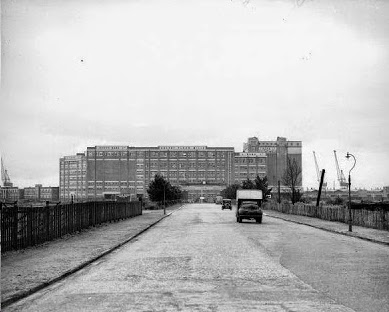 The mills, completed in October 1934, heralded the beginning of a new commercial life for Southampton Docks. It was the first building constructed on 200 acres of reclaimed land, set aside by Southampton Railways for industrial development that was to establish Southampton as a major centre of industry and commerce.

All went well, apart from a minor rescheduling due to bad weather and Mrs fbb was routinely tucking into her share of 155kg of butter, 2,289ltrs of milk, 1,223kg of pork and 521ltrs of ice cream. There was the basking beside the pool ... 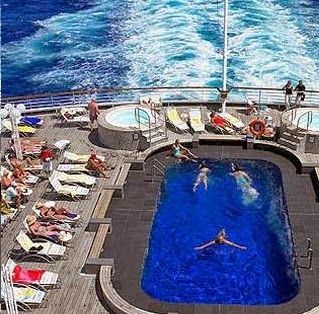 ... and evenings at the roulette wheel! 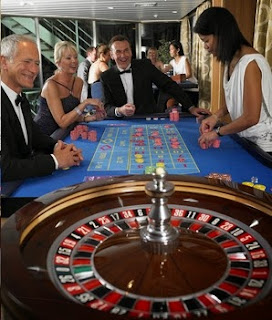 Actually neither of these! But fbb's good lady did indulge in various concerts including an Elvis tribute show. But soon the luxury cruise was to become ...

Well, since departure from home,
The toilet's the place to dwell.
Balmoral the boat had changed its name
to Heartbreak Hotel.

... because there was an outbreak of a "gastric bug" which, reputedly, struck 300 (or 500, depending on the rumour source) down at various times. For Mrs fbb the "attack" lasted 7 hours, but she was confined to her cell for 48 hours to help prevent the bug's spread. Ironically, her travelling chum with whom she shared the cell cabin was unaffected!

This meant that she missed the coach tour of Bergen ... 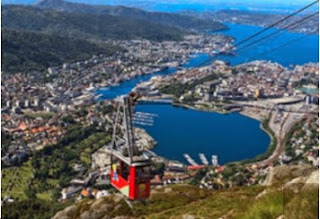 ... and the trip on the Flåm Railway. 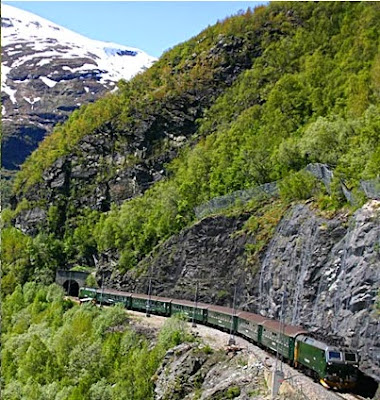 Whilst the separate holidays were the result of happy familial agreement, fbb was incredibly jealous of the Flåm trip.

As you travel on the Flåm Railway, you’ll notice the train is almost always running on a slope. That’s because the line runs from the mountain station in Myrdal to the town of Flåm at sea level, with a gradient of 55/1000 on almost 80% of its line. The constant twists and turns on the route ensures there’s never a dull moment, whether you’re passing over a bridge, through tunnels or flanking mountains. And as folklore has it, as you approach the Kjosfossen waterfall in Aurland ... 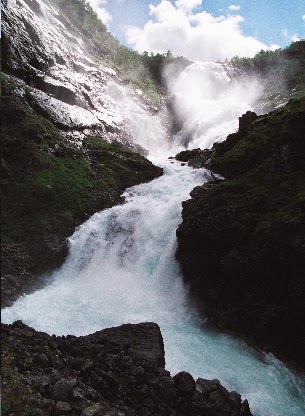 ... you may catch a glimpse of the legendary Huldra, a nordic creature, part woman, part beast who lures men deep into the mountains with her song. 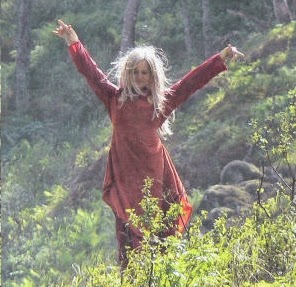 Apparently you always DO see Huldra. The rumour that she is a minimum wage employee of the Railway with central heating and a jacuzzi in her remote and doom-laden cavern is entirely unsubstantiated. But it does get a bit chilly in the rain, fog or snow.

Talking of luring, the Mrs was definitely NOT lured by the option of Railway to the summit and cycling back down to the port!

So poor Mrs fbb got off the ship twice; once for a walk round Bergen in the pouring rain ... 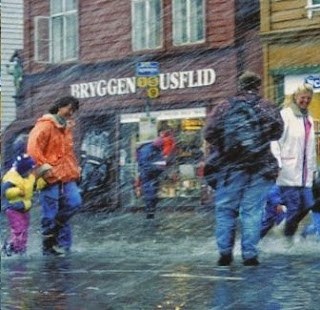 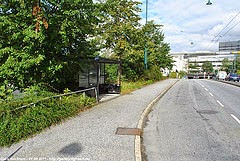 Foolishly, she failed to write down the location; shameful. But she did photograph (?) a passing service bus ... 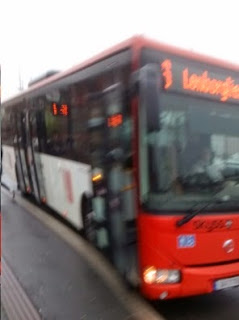 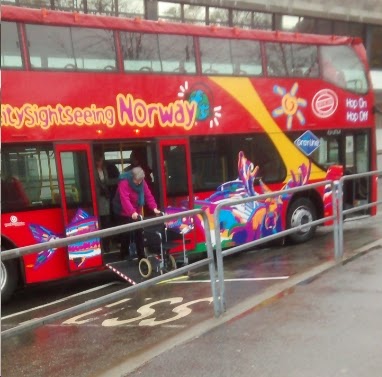 Her second trip off the boat was at Southampton on return!

Some cruising life is glam
With trips on the railway at Flåm
the bugs just make you puke and retch
When you're throwing up the gristle,
Don't grumble, give a whistle
And this'll help things turn out for the best...
And...

...always look on the bright side
of life...

It was, concluded Mrs fbb as she sang the refrain for the fiftieth time, an experience!

To be fair to Fred and his team, refunds were given for lost trips and there was the offer of 50% discount on on selected alternative prison ship cruises. And the staff worked really hard to cope!

And then Tuesday's Daily Mail reported the story ... 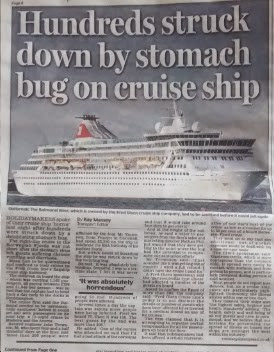 ... with its usual even handed style.

It certainly wasn't the best introduction to cruising for Mrs fbb. Maybe a week with Mabel Crabbitt at her "Mon Repos" establishment in Bognor next year?

Labels: miscellany, other ships and boats, Scandinavia, transport and the media