Re-linked by Rail at Ebbw Vale ...

... from 17th May
Don't  press buttons; there's no sound! But this is the first train to leave Ebbw Vale Town station at 0845 last Sunday 17th May.

In May 2013 the Welsh Government announced that the Ebbw Vale line would be extended from the existing terminus at Ebbw Vale Parkway to the new station at Ebbw Vale Town. At total of £11.5 million has been agreed, not only to fund the station but also for the surrounding areas as well as the line. Two weeks later, funding was also agreed for Pye Corner railway station, also along the line.

Most of us remember Ebbw Vale for its vast Steelworks. 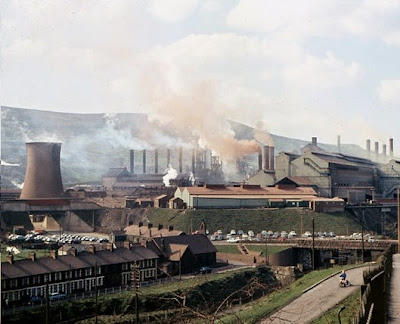 But somewhere in there was a railway station. 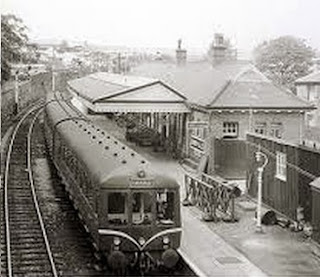 The line was opened by the Monmouthshire Railway and Canal Company and the Great Western Railway (GWR) operated a passenger service from 1852 between Newport and Ebbw Vale. (The station was later renamed Ebbw Vale Low Level) Passenger services were withdrawn in 1962 however, the route continued to be used to carry freight to and from the Corus steelworks in Ebbw Vale, until its closure in 2002. Passenger services were restored to the line in February 2008. 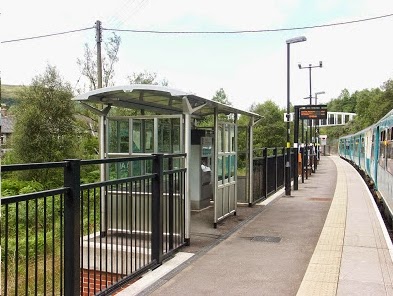 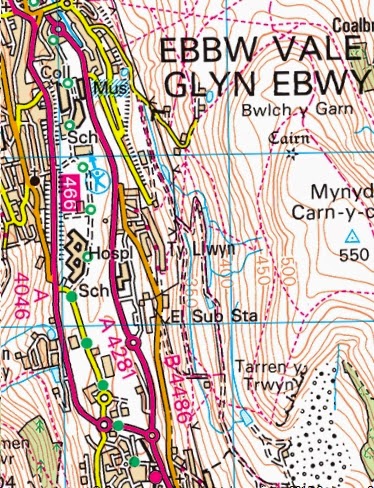 Google Maps has been quick to add the new terminus which is some 400 yards short of the original Low Level station site. 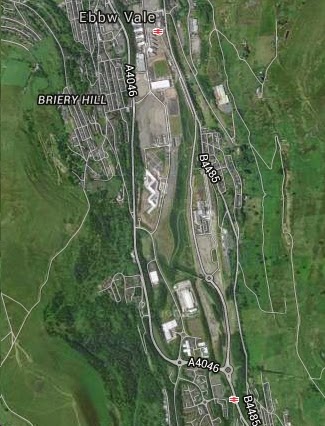 The High Level Station was a branch from the Heads of the Valley line and carried passengers from 1867 to 1952. 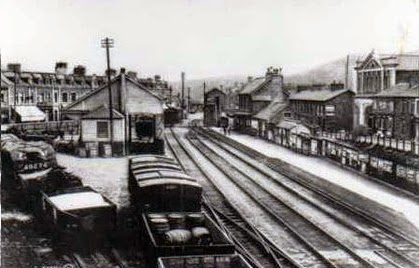 A new bus interchange has been constructed, seen here in an architect's "visualisation". 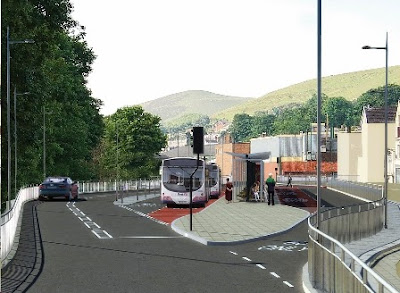 But where is the railway?


The former steelworks was down in the valley whereas the town was up the hill a bit. The former industrial site is being developed ... 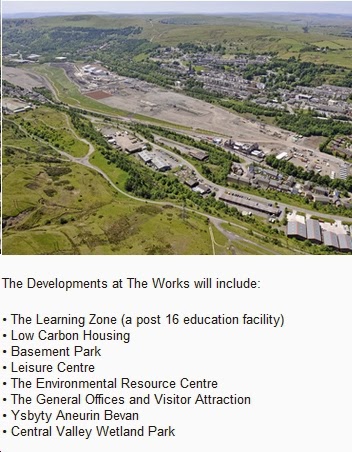 ... and, to link town with the new stuff (and the new station), a "mechanical lift" has been installed. Think of it as a normal automaticand unstaffed lift, controlled by passenger buttons, but running diagonally. 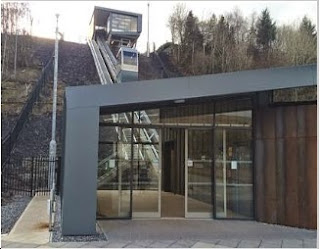 The single car will carry up to 22 passengers, so think of it as quite a big lift or, alternatively, as a small one-track funicular. 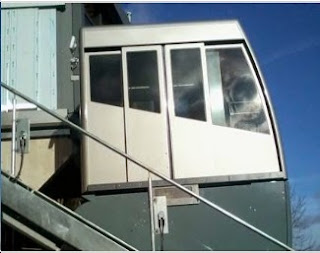 And don't confuse it with the much bigger "real" funicular that ran during the Ebbw Vale Garden Festival.


Ebbw Vale was chosen as the last British Garden Festival site (1992) because of the waste land which had been the British Steel (Corus) steel and tin works, part of which had been demolished in the early 1980s. The festival began on 1 May 1992 and ran until 4 October 1992. As well as gardens, plant exhibitions and fairground-style attractions the festival also featured a funicular railway. 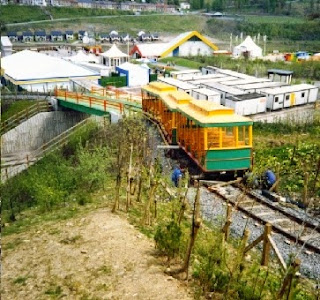 For the record, trains on the new line to Ebbw Vale Town station run every hour Monday to Saturday and two hourly on Sunday. 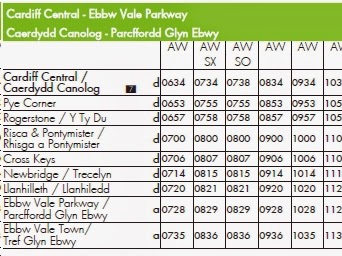 Because of line-speed improvements, Arriva Cymru will be able to operate the service without extra stock. It is hoped to extend a passing loop on the line in preparation for a half hourly service in 2018

fbb did attempt to research bus services at the new station, but Traveline Cymru was not admitting its existence as of yesterday at 1500. 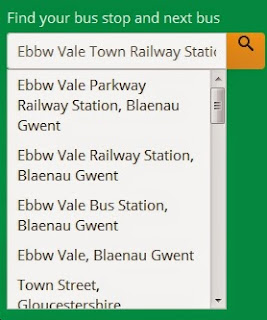 Clicking on Ebbw Vale Railway Station (i.e. not Parkway, you might think) still found the map for the former terminus. 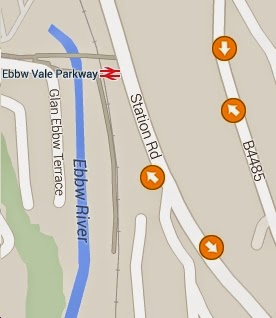 The Traveline National planner seemed to know about the station ... 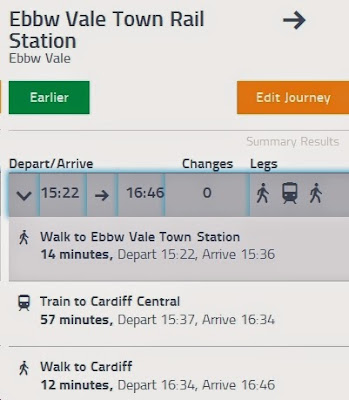 Ateb Yn nodweddiadol dwp gan Traveline!!
---------------------------------------------
And has fbb forgotten those incomprehensible Cornwall timetables? Not at all. Starting on Tuesday we attempt to unknit this one. For a little bank holiday weekend intellectual stimulation, our readers may like to unravel this delightful piece of easy-to-understand publicity. (click on the timetable to enlarge it) It included service 66 (part), 69 and 69A. 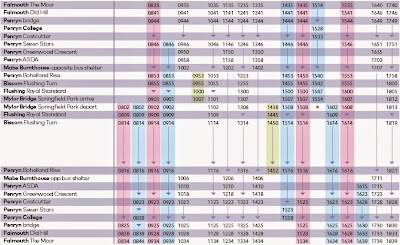 Only three colours of shading this time;  BLUE  is for schooldays,  PINK  is for school holidays & Saturdays,  YELLOW  is for Mondays to Fridays only. All unshaded trips run Mondays to Saturdays. There is no Sunday service.

Enjoy. Oh, yes; there is no detailed map, just these bits of the on-line network diagram. 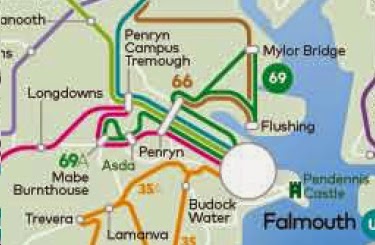