When fbb "were nobbut a lad" and British Rail had just electrified the line to Northampton, the less chubby one enjoyed many a cheap day out. Northampton to London was a "normal" 20 shillings and six pence and Margate, for example, was 21 shillings. That was London to Margate for a tanner AND the Underground was included.

So to Margate he went. There was a ride on an open topped bus, this one ... 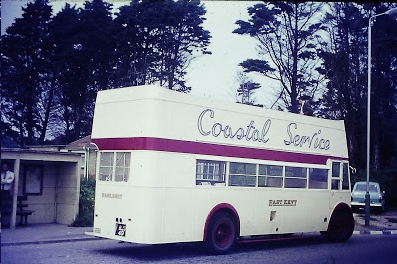 ... from Ramsgate to Pegwell Bay where, later, would appear a cross-channel hovercraft terminal. 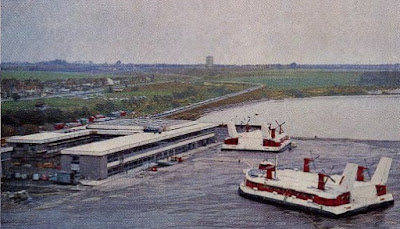 But way back then, fbb-to-be was able to enjoy a feast of omnibological loveliness supplied by the East Kent Road Car Company. 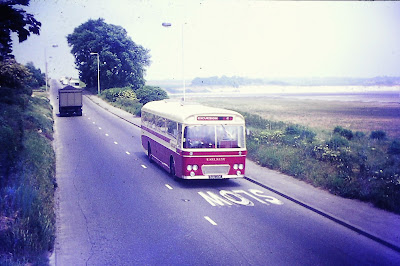 This coach showed  the destination "Excursion 2". But the lad vaguely remembers a ride back to Margate on a frequent bus service (was it 25?) which seemed to go everywhere; Cliftonville, Broadstairs, Rams- and Margate.

It was this circular service that Stagecoach branded as "The Thanet Loop". With a large circular loop-with-a-blob on the vehicles and timetable leaflets. 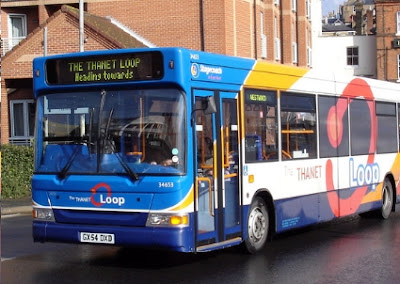 In essence, the service was one example of that rarest of beasts, namely a genuine circular. Needless to say it has had a "brand refresh", losing its hoop loop in favour of some strange typography ... 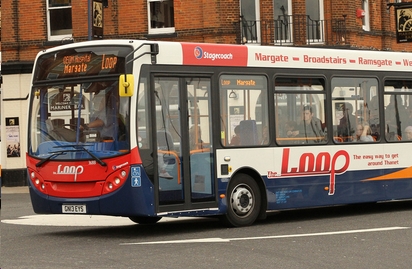 ...more of a Squiggle than a loop! 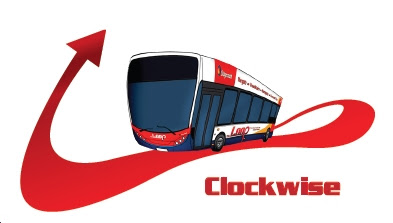 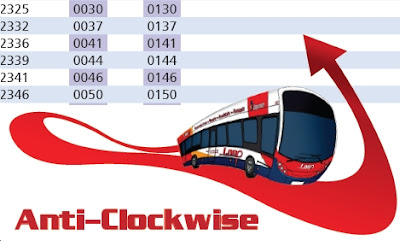 Back in the sixties, the lad thinks he remembers a bus every 10 minutes (?) which has grown in 2015 to eight buses an hour both ways round. 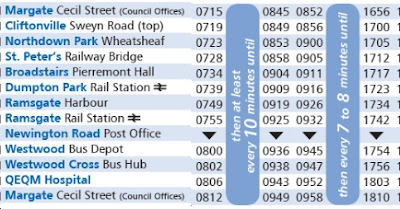 The route, however,looks much the same as it ever was. 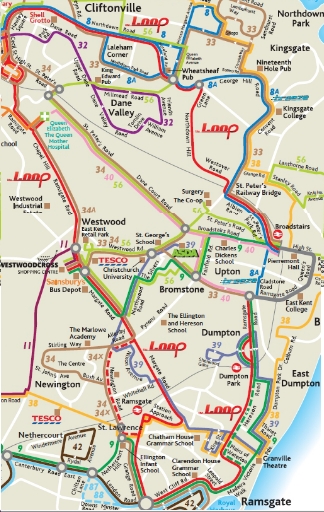 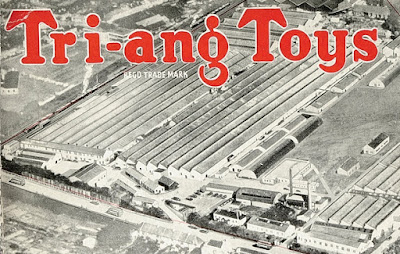 Click to enlarge and you may spot some loop predecessors passing the works!

Not to be outdone, Eastbourne has got a loop ... 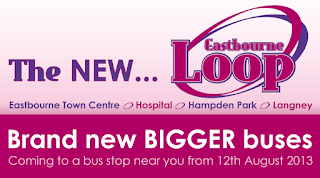 ... this time with a real genuine loop and not a squiggle. 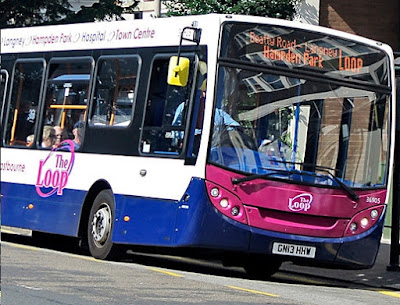 And the colour is similar to First's Falkirk feature.

fbb can remember travelling on this service only a few years ago but can't remember its pre-loop route number. Possibly 6? 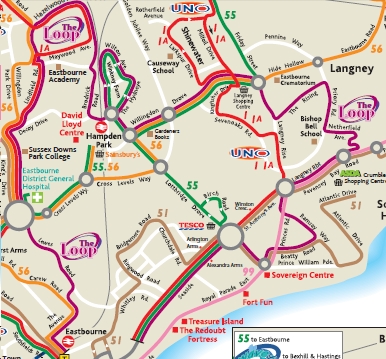 Frequency is but half of its Thanet "twin" at every 15 minutes. 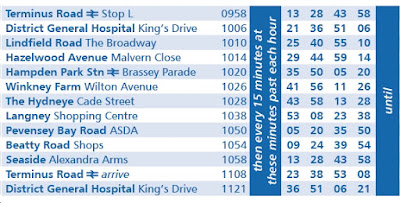 Two Stagecoach "loops" to First's one!

Scouring the deepest recesses of internet world, fbb found a third Stagecoach reference to loopiness; this time from The Wirral. 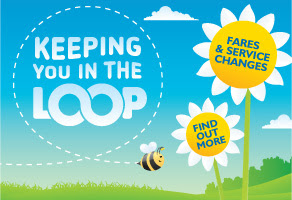 This "brand" did not appear to be for a particular route, but as a PR exercise when Uncle Brian bought Uncle Giles' buses in the area. 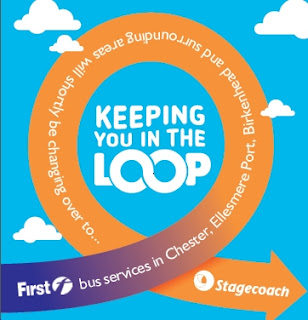 So First's loop in Falkirk is certainly not a scoop!

Who pinched that logo from whom? Or simply do great first minds and great stagecoach minds think alike?