Worries Whilst Waiting at Watford [1]

Watford MP Richard Harrington has been moaning about the rejigged Watford Junction station forecourt since before its jigging began. 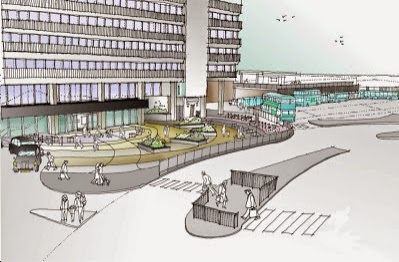 He is concerned about car parking, the taxi rank, buses parking on Woodford Road ... 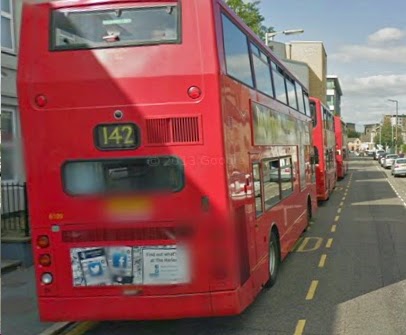 ... and, most importantly, the size of the front door. 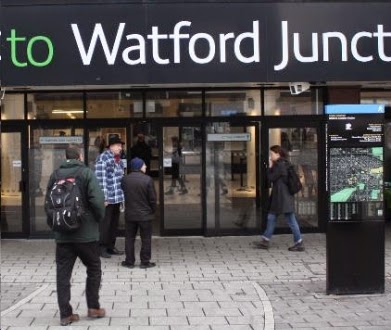 Richard Harrington has today called for the complete redevelopment of Watford Junction Station to ensure that it can meet added pressure in the coming years.

Speaking in the House of Commons earlier today Watford’s MP secured agreement from Minister Greg Clark that the he would meet with him to discuss proposals over the Station’s future.

The Station forecourt was re-designed less than two years ago, but this has not been without controversy with Mr Harrington leading calls for the forecourt to be amended to allow better drop off and pick up of passengers, better arrangements for taxi ranking, and safer crossing for pedestrians accessing the Station.

Mr Harrington has taken this further today however, calling on the Department of Transport, Network Rail and other key stakeholders to look at the redevelopment of the Station itself and how it can increase its capacity to cope with future demand. 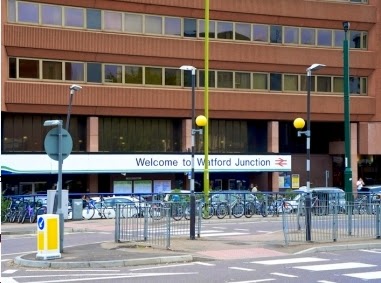 ... with inadequate pedestrian space and the consequent dangers of being mown down by taxis. The new area is better for pedestrians ... 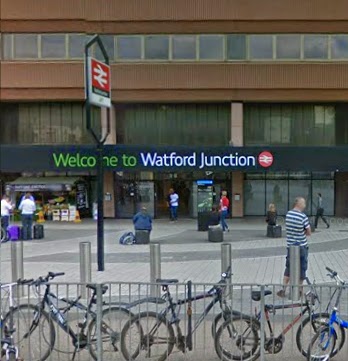 ... but unpopular with taxi drivers. Space is inadequate and turning can be difficult ... 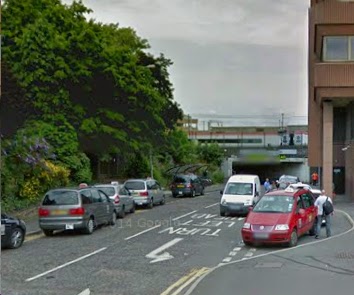 ... with cabs moving across traffic going to the car park. So taxis (and "kiss and ride" drivers) are wont to drop people off elsewhere, blocking access for others. Most of these dangers were pointed out as soon as the plans for the 2011 scheme were announced; but, as usual, to no avail.

At the same time the bus station area was rearranged from two parallel lanes of stands ... 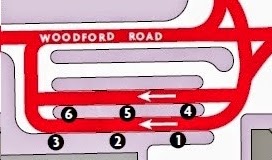 ... to six stands around an open area which includes parking for buses in the middle. 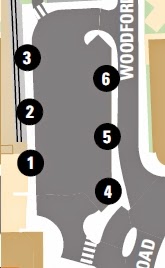 Problems here involve tight turns and inadequate space on the stands but generally it works.

At least it does for the buses.

So Richard Harrington is sorting out the taxis and car drop-off or pick up; the buses seem to come and go with only an occasional hiccup. But how does it work for the bus passengers?

Welcome to Intalink
Welcome to the Hertfordshire Travel Information website provided by the Intalink Partnership. Providing the latest bus travel information in Hertfordshire. You will be able to find timetables and maps, how to plan your journey and a lot more. For train information please click on the National Rail Enquiries button.

Once upon a time, Hertforshire Council used to print excellent bus timetables complete with town and network maps. 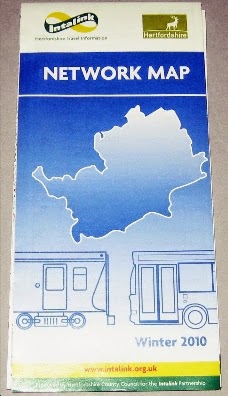 This map was on an ebay site for Spain! There were vociferous complaints at the withdrawal of ALL printed material, but all protesters were, as usual, ignored.

My main reason for writing is to make the plea for the retention/reinstatement of hard-copy bus timetables. I am reasonably computer literate but find it hard - not to mention expensive - to work through the timetables on line.

HCC do not intend to publish printed timetable books again as they are prone to becoming out of date very easily and quickly. The Intalink website is an easy-to-use and much more cost-effective way to keep customers informed of changes and timetable information.

But now it's all too difficult to print stuff. Actually it isn't; it's dead easy and much much cheaper than it used to be. If you are preparing PDFs for the internet, you are also preparing them for printing. (Clue : PDF = Portable Document Format). Many areas of the country have been able to persuade operators to stick to a small number of change dates. In fact the Hertfordshire network is largely stable these days with most of the changes provoked by the Council and its tendering process.

No 3 son used to live in Watford and still works there from time to time making whizzy web sites for people. He is a frequent user of Watford Junction station and has been doing some investigation of the adjacent bus station for fbb.

But before that we should look at a typical Hertforshire tendered service. Tomorrow the W30 ... 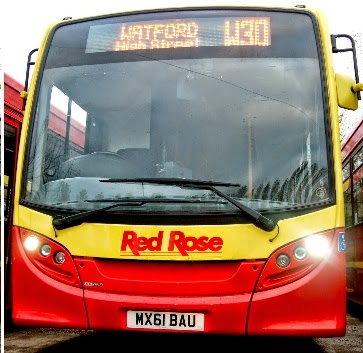 Next bus blog : Tuesday 4th November
Posted by fatbusbloke at 02:00