Two companies dominated model railways in fbb's youth. Hornby were regarded as quality, with locos, coaches and wagons mostly made of metal. The company had persevered with three rail metal track. 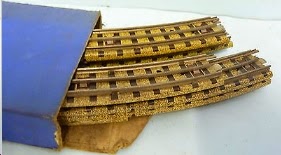 Tri-ang was cheaper but all plastic and began in the early 50s with a Princess loco which picked up its power from unsightly plungers. Its short and unrealistic coaches sagged. 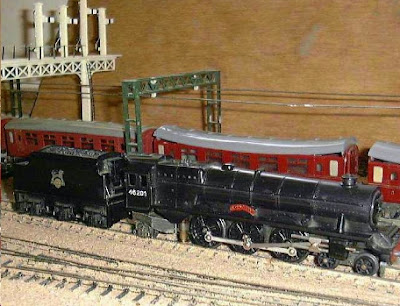 The track was equally crude. 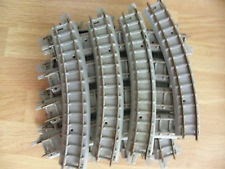 The grey stuff was replaced by "Series 3" which wasn't much better but at least looked a bit like railway track. 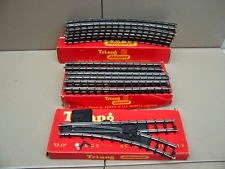 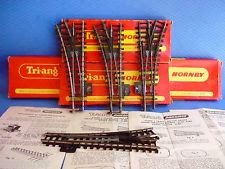 At about the same time Hornby introduced two rail; then later got into difficulties and were taken over by Tri-ang which renamed their business as, firstly, "Tri-ang-Hornby" and then just plain "Hornby". Just to confuse everyone, many of the Hornby (metal) locos were relaunched by Wrenn. At about this transition time, Tri-ang introduced a cheapo tank loco for the "toy" market. 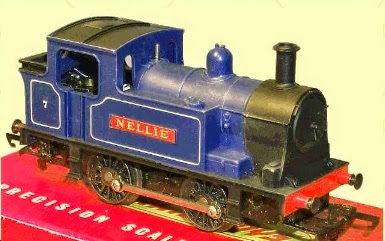 Polly and Connie were also produced and this little 0-4-0 chassis has since appeared in numerous forms; as a small saddle tank ...

... and a diesel shunter. One "toy" manifestation was a collection of rolling stock painted garishly as a Bartellos Circus train.

The set even came with a cardboard small Big Top. And this is the very first locomotive that fbb has purchased. 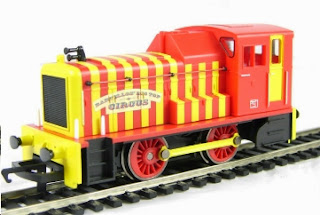 This diminutive diesel has appeared in several other "train set" guises with fictional liveries. Here is the "pullman" version ... 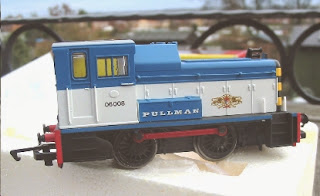 ... and one in Richard Branson's Virgin colours. 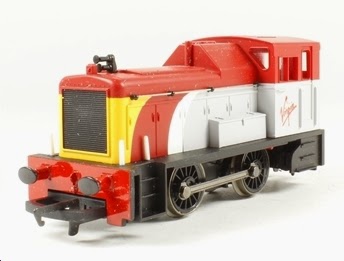 As part of Hornby's "Railroad" brand (cheaper; but better described as "less dear") the diesel appeared in almost accurate colours as a class 06 shunter.

The running gear is hopelessly wrong as can be seen in the picture of the real thing taken at Dunfermline (Dundee? Dunroamin?) goods yard. 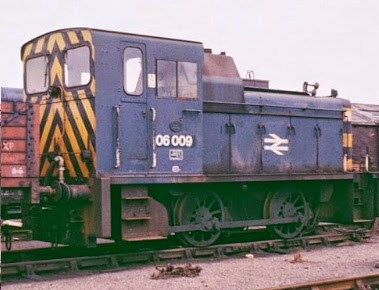 The British Rail Class 06 is a class of 0-4-0 diesel-mechanical shunters built by Andrew Barclay Sons and Company from 1958 to 1960 for use on the Scottish Region of British Railways. They were originally numbered D2410–D2444 and later given the TOPS numbers 06001–06010. Its engine is a Gardner 8-cylinder 4 stroke "8L3" connected to a Wilson-Drewry CA5 5-speed epicyclic gearbox with Vulcan-Sinclair type 23 fluid coupling and a Wiseman type 15 RLGB gearbox. A single locomotive survives, number 06003. It was the last locomotive of the class in service, and was transferred to the departmental fleet, renumbered 97804, and used at the Reading Signal Works. 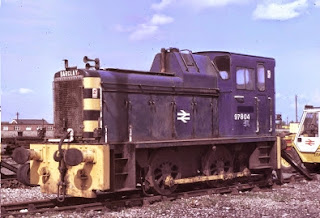 After a longish list of owners and guardians, it is now safely at home with the Heritage Shunters Trust's Collection at Peak Rail, Rowsley. (web site here). The trust has shunters of classes 01 to 09 inclusive plus class 14 and some non-BR industrial locos.

The model does not feature in the current Hornby range in any guise; however the Nellie-style chassis is still there but with a different industrial loco body. 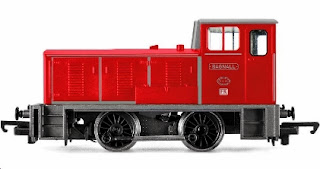 At £30 brand new (well, actually £29.99) it is still the cheapest Hornby loco that you can buy. fbb's awful model cost £20, also brand new but "previously owned" and unboxed. It will be repainted!

And finally! In 1969, Triang was marketing a range of model railways in Canada. The ubiquitous 0-4-0 chassis appeared there as "Chugga" ...

... a steam "switcher" (US for "shunter"). Now that would have been even more horrid than fbb's Circus loco!

If any of our readers are inspired to further research (yawn?) go to the Hornby Railway Collectors pages (here) and type "0-4-0" in the search box. You will be astounded as to how many different bodies and liveries have graced this minimalistic model over the years.

Next big-rail blog : Monday 17th November
Posted by fatbusbloke at 02:00